After his third win of the season, Larry ten Voorde (Nebulus Racing by Huber) keeps the fight for the Porsche Carrera Cup Deutschland title wide open. The Dutchman won Saturday’s race at the Lausitzring run as support to the ADAC GT Masters ahead of Dylan Pereira (Luxembourg/Förch Racing) and Diego Bertonelli (Italy/Fach Auto Tech).

“My race went really well. I feel good in rainy conditions and I’ve underlined that. My start wasn’t great, but I quickly found my rhythm,” said Larry ten Voorde. With his victory, he slashed the gap to the series’ leader Pereira to three points.

… threw challenges at the drivers in their 485 hp Porsche 911 GT3 Cup: Rain during the morning qualifying made the track slippery and mixed up the grid: At the restart at 2.10 p.m., the rain had stopped but the track stayed damp. As soon as the lights went out, Rudy van Buren (CarTech Motorsport by Nigrin) took centre stage. The Dutchman put in a rocket start, overtook Bertonelli and polesitter ten Voorde and snatched the lead.

Larry Ten Voorde, however, took up the chase, passed his compatriot in lap three and brought home his third win of the season. Van Buren lost several positions shortly after the manoeuvre when he slid into the gravel trap. Dylan Pereira profited from this.

After starting from the fifth grid spot, the Luxembourger charged through the field into second place. “In such conditions, you need complete concentration. After my poor qualifying performance, second place is a superb result for me,” said a satisfied Pereira.

Bertonelli and Julian Hanses (Germany/Förch Racing) became locked in a duel for third place. Driving for Fach Auto Tech, the Italian defended his position with a spirited drive and was rewarded with his second podium result in the German Carrera Cup. “I like these wet conditions.

Still, such races are really challenging because we don’t have ABS or other driving aids. The duel with Julian Hanses was intense but fun,” said Bertonelli, whose result made him the best driver from the Porsche Carrera Cup Deutschland Talent Pool.

In the ProAm classification, Carlos Rivas (Black Falcon Team Textar) beat Matthias Jeserich (Germany/CarTech Motorsport by Nigrin) and Stefan Rehkopf (Germany/Nebulus Racing by Huber). Clinching his seventh class win, the Luxembourger is well on course for the title. With 174 points to his credit, 23-year-old Dylan Pereira leads the overall classification, followed by ten Voorde (171 points) and Heinrich (101 points) in second and third place.

Race nine of the season gets underway at 1:30 p.m. local time on Sunday. The event is streamed live on the German TV station Sport1+. Fans can watch the race action live on the official YouTube and Facebook channel (@CarreraCupDeutschland) and in the Porsche Motorsport Hub. 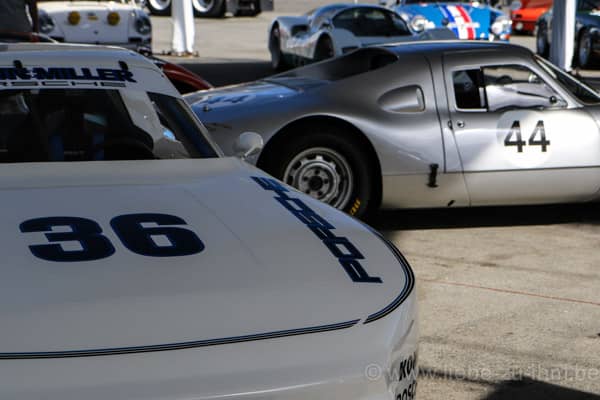