The Porsche TAG Heuer Esports Supercup (PESC) revs up early in the New Year . This coming Saturday (9 January), the first of ten rounds of the international Esports championship will be contested on the iRacing simulation platform. 40 sim racers tackle the digital version on Brazil’s Autódromo José Carlos Pace racetrack in Interlagos with their virtual Porsche 911 GT3 Cup. The 4.309-kilometre Grand Prix circuit on the outskirts of São Paulo is well-known to motor racing fans as the venue of gripping Formula 1 races. In 2014, the Porsche 919 Hybrid scored its maiden victory here. The racetrack is also dubbed “Interlagos” due to its location between two lakes. Unlike most other circuits, it is driven anti-clockwise.

For its third season, the Porsche TAG Heuer Esports Supercup has once again attracted a top-class field of sim racers. Like in the past, the 40 grid spots for the virtual one-make series were in hot demand. Twenty new drivers will take on the top 20 seasoned specialists from last year, including reigning champion Sebastian Job from Great Britain (Red Bull Racing Esports) and the runner-up from Australia Joshua Rogers (VRS Coanda Simsport).

The newcomers earned themselves a place on the grid in five qualifying heats. A prominent driver from “real” motorsport also joins this season’s line-up: Porsche Junior Ayhancan Güven outperformed more than 4,500 competitors and proved that he is also one of the fastest in virtual racing. The 23-year-old Turkish is an experienced simracer and won the GTE class of the virtual 24 Hours of Le Mans in 2020. He contests both the PESC and the real-life Porsche Mobil 1 Supercup.

2021 brings some exciting new features for the Porsche TAG Heuer Esports Supercup. The individual races are still contested on Saturday, however, they will now start later than previously: Free practice starts at 7:45 pm, followed by the qualifying. The two races will then start at 8:15 pm and 8:45 pm respectively to ensure prime time viewing in Central Europe. Moreover, the sprint and main races will now run over a distance of approximately 40 and 80 kilometres respectively instead of the previous race duration of 15 and 30 minutes. At Interlagos, for example, this means that the sim racers will kick off the season with races over 10 and 20 laps.

At the same time, the qualifying becomes more critical. Participants still earn points towards the championship in the qualifying, however, the fastest driver will now tackle the sprint race from pole position. Previously, the fastest eight qualifiers took up the race in reverse order. This reversed grid procedure will now be used in the main race based on the result of the sprint event: the winner of the sprint race takes up the main event from eighth place, with the driver on eighth place starts from pole.

From now on, prominent influencers from the world of Esports will showcase their talent in two All-Star races. Such celebrities include Dan Suzuki, Jardier, Maxime MXM, Emree, Heikki360ES and Jimmy Broadbent. The live stream starts at 6:30 pm with the All-Stars qualifier. The two influencer races get the green light at 6:45 pm and 7:10 pm respectively. From 7:45 pm, the PESC sim racers head out onto the virtual track for free practice.

Fans can watch the events live on Porsche’s channels YouTube  and Twitch . The races are also streamed on these two video platforms via iRacing.  For a full calendar of the 2021 season of the Porsche TAG Heuer Esports Supercup, please take a look in our previous article. 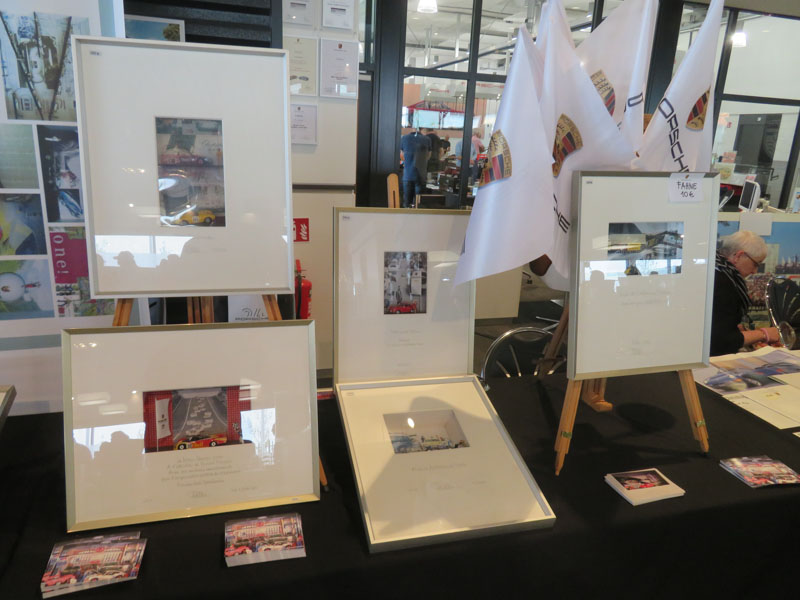