Hard to confirm that one would lie when he told that the 1971 Spa 1000 km a was a huge success for Porsche.  You don’t even exaggerate when you call it a whitewash.  You can find 7 Porsches in the first 10 overall finishers.  Pedro Rodriguez set a new lap record with an average speed of 161.722 mph.  Erwin Kremer and Günther Huber win the +2.0 class in a Porsche 911S.  Gerd F. Quist and Dietrich Krumm take victory in the 2.0 class in a Porsche 914-6 of the Max-Moritz team . The John Wyer-run J.W. Automotive Engineering Porsche 917Ks dominated the Spa 1000km in May 1971. Pedro Rodriguez / Jackie Oliver claim victory and Jo Siffert / Derek Bell finish 2nd.

A few days before the actual race, Pedro Rodriguez, known as “the man to beat”, took some test laps to become familiar with the track. His goal was to reach speeds near the record he set in 1970.  Immediately after the test-laps, Rodriguez, Jo Siffert, and Henri Pescarolo take a flight to the UK to participate in the non-championship F1 race at Silverstone on Saturday. Derek Bell and Jackie Oliver remained in Belgium to qualify for the event on Sunday. Derek Bell did exactly what his teammates wanted and qualified in a record time with an unequaled average speed of 258.979 km/h.

The track was damp but started to dry. Some teams choose to start on rain tires, others choose dry intermediates.  Right from the start, Pedro Rodriguez in the No. 21 917K (chassis 917-015/035)  and teammate Jo Siffert in the No. 20 raced away from the opposition. Jacky Ickx was 30sec behind the J.W. duo after just five laps. The dominance of the J.W. Porsches was such that Rodriguez and Siffert were being shown a board reading “EZ” for easy before either handed over to their respective teammates, Oliver and Derek Bell.

Even though Derek Bell lost some time in taking over the steer, he closed the gap to Jackie Oliver in the lead, lap by lap. For a few laps, Derek Bell was tailgating Oliver, and waiting for a mistake. Team manager David Yorke feared this would end badly, and decided to hold a board to keep positions to secure the victory. Jo Siffert on the other hand, who wanted to repeat his 1969 Spa 1000 km victory, tried to convince Derek Bell to go faster.  Bell followed the team instructions.  The end result was a four-lap victory for the two Porsches

The 1971  Spa 1000km was nearly a triple Porsche victory, as the Willi Kauhsen / Reinhold Joest team was solid in 3rd place. However, a tire inspection after a tire change set them back to the 7th position. Some fast racing however made them climb up the ranking and finish 4th overall. Both Porsches of the Martini Racing Team (Vic Elford / Gerard Larousse,  and Helmut Marko / Gijs van Lennep) were forced out by fuel tank problems and ruptured fuel lines.

Ballot-Lena/ Chasseul drove an excellent race in a Porsche 908/2 and finished the race 5th overall.  Erwin Kremer and Günther Hüber finished 7th overall and won the +2.0 class in a Porsche 911S.

Support Love for Porsche and book your hotel near Spa now 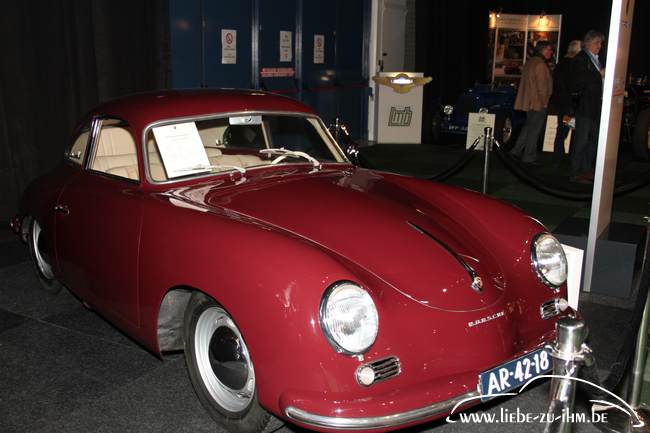