Herbert von Karajan was born in Salzburg, Austria, where he studied at the Mozarteum. His professional conducting debut was in 1929 at Salzburg, and he was appointed to a conducting position in Ulm, Germany, later that year. He remained in Ulm until 1934, when he was appointed Kapellmeister at Aachen. Karajan was in Aachen until 1941, also occasionally conducting the Berlin State Opera during that period. He fled to Italy in 1944. He helped found the London Philharmonia in 1948, and in 1955 he became music director of the Berlin Philharmonic.

A Nazi Party member from 1933 to 1942, Karajan was exonerated by an Allied tribunal after World War II, but his American debut in 1955 precipitated public protests. He soon became principal conductor for the Vienna State Opera (director, 1956–64) and the Salzburg Festival, an annual music festival with which he was energetically associated throughout his later career. He was also a chief conductor at La Scala, Milan, and a guest conductor at the New York Philharmonic. In 1967 Karajan founded the Salzburg Easter Festival. He conducted the Orchestre de Paris (1969–70) and returned to the Vienna State Opera in 1977. Throughout these associations the Berlin Philharmonic generally remained the centre of his musical activities, though after 1982 a series of disputes caused estrangement between the orchestra members and Karajan. He resigned his position in April 1989, a few months before his death.

Herbert von Karajan and his passion for Porsche

But next to his passion for music, Herbert von Karajan developed a huge passion for sportscars too. His favourite sportscar was a Porsche. In 1959 when the Porsche factory received a phone call from Herbert von Karajan that he wanted to boy a Porsche 550 Spyder, they first  were a bit worried that he couldn’t handle the power of the race car. The keys of Porsche 550-0131 are handed over by Richard von Frankenberg who raced this exact car together with Hans Herrmann in the 1957 Le Mans 24H. Unfortunately the race could not be finished because of ignition troubles after 8hours race. Later Herbert von Karajan replaces the Porsche 550 Spyder with a Porsche 718 RSK Spyder.

Herbert von Karajan’s appreciation for everything Porsche led to a very close relationship with the Stuttgart factory. They even built him a few custom one off creations in the past and were kind enough to put him on the front line of the 959 call list before the model was even released.

One of this special cars was a light weight one-off 1975 911 Turbo RS. The 2,204 pound custom was a very early 3 liter Turbo model built using an RS body shell and with Martini-esque inspired livery. Herbert was one of the first clients that Porsche called when an early production 959 was ready for him to test drive.

Filmed for a national television spot, he was so moved by the cars performance that he ordered one in the same Guards Red, although with a special dove grey cloth interior to help grip in high speed cornering instead of the normal 3 tone of the limited production model. His wife expressed concern with the statement, “you’d better sell more records”, which is said to have been the reason for the increase in his ticket prices. 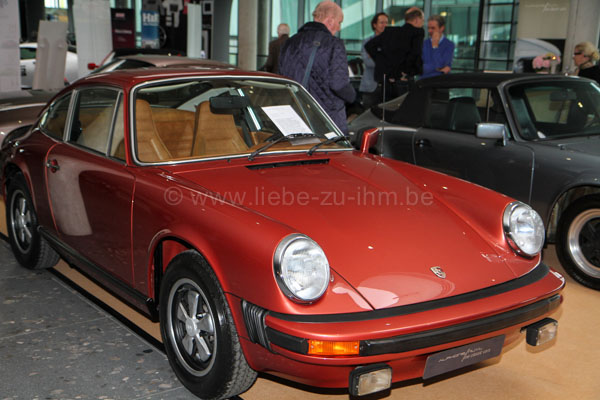