In 2003, Marc Lieb became a full Porsche factory driver, and raced in FIA GT. He won the N-GT championship, driving with Stéphane Ortelli for Freisinger Motorsport. Along the way, he won 3 races, including winning the Spa 24 Hours outright in his Porsche 911 GT3-RS. He also finished 2nd in the GT class at the 24 Hours of Le Mans. In 2004, Lieb raced in the American Le Mans Series with Romain Dumas for Alex Job Racing.

After that season, Marc Lieb started engineering studies at the University of Esslingen. He combined the studies with a reduced Porsche Race program. After a 7 semesters combination ofhard work at both University and in the Porsche Motorsport department in Weissah, Marc Lieb completed his engineering degree.

In 2005 Marc Lieb starter racing  full-time again in the FIA GT Championship, with a class win at the 24H of Spa Francorchamps among other good results : in the Le Mans Endurance Series, winning three of four races and the championship with Sebah Automotive. Marc Lieb also won the GT2 class at the 24 Hours of Le Mans with Mike Rockenfeller and Leo Hindrey. In 2006, the Le Mans Series GT2 championship top spot on the podium was for Marc Lieb with Joël Camathias.

When Porsche officially entered the 2013 World Endurance Championship, Marc Lieb drove one of the new Porsche 911 of Manthey Racing, teaming up with Richard Lietz. Together with Romain Dumas, they won the 24 Hours of Le Mans. Porsche then announced after the conclusion of the 2013 season that Marc Lieb would be joining the Porsche 919 Hybrid LMP1 program for the 2014 WEC. Together with Romain Dumas and Neel Jani, Marc Lieb finished 11th in the 2004 Le Mans 24H and 5th in that same race.

In the mean time, Marc Lieb ran a lap time  of 6:57 in Porsche’s 918 Spyder around the Nürburgring Nordschleife.

Major Career results of Marc Lieb on next page

Porsche hybrid race car is faster than Formula One 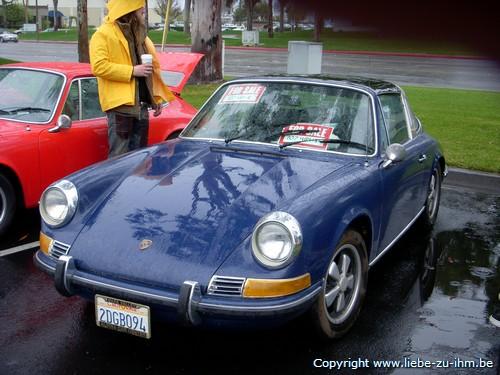