The opening of the new subsidiary headquarters and Porsche Center in Moscow represents a fresh chapter in the Stuttgart-based sports-car manufacturer’s Russian success story. In the presence of Juri M. Luzhkov, Mayor of the City of Moscow, and Deputy Mayor Juri V. Rosljak, Dr. Wendelin Wiedeking, Chief Executive of Dr. Ing. h.c. F. Porsche AG, Stuttgart, also took advantage of the occasion to announce a new sales record. During the 2006/2007 business year (July 31, 2007), Porsche delivered 1,900 vehicles to customers in Russia, almost doubling its turnover in comparison with the previous year.

Porsche invested around 17 million Euros in its flagship store in Moscow. The new 7,300-square-meter building on Leningradsky Prospekt, one of the main traffic arteries through the city, will house around 90 employees. The complex will include the Russian sales company’s new headquarters, a service area with parts warehouse, and a 2,500-square-meter showroom where Russian customers can get first-hand experience of the entire Porsche range, from the 911 to the Boxster, Cayman, and Cayenne. As Dr. Wendelin Wiedeking said, “This opening is proof that, even on the new growth markets, Porsche is doing its homework in preparation for the introduction onto the market of the Gran Turismo Panamera in 2009.”

Russia, along with China, is one of the fastest growing sales markets for Porsche. The sales network currently comprises 16 branches, from Saint Petersburg in the north west to Irkutsk in the east, and it will be extended to include 24 Porsche Centers over the next couple of years. “The new Porsche Center in Moscow will function as a pilot store for all Porsche Centers in Russia”, announced Ulrich Thielemann, Managing Director of Porsche Russia.
To mark the celebrations honoring Moscow’s 860th birthday, and as special thanks for the excellent cooperation demonstrated by the city authorities throughout Porsche’s ambitious construction project, Wiedeking presented Mayor Luzhkov with a Cayenne S specially converted into a fire-service command vehicle. Over many hours of labor, trainees at Porsche AG in Zuffenhausen manually converted the SUV into an ultra-modern emergency vehicle with two sets of respirators, long term breathing apparatus, a blue light, a winch, and various specialized tools.
“To ensure the success of a construction project on this scale, close cooperation with the authorities is a must. The Moscow city authorities proved excellent to work with throughout. We are delighted that the fire service commander of this great city can now rush to its citizens’ aid with an SUV from Porsche”, said Wiedeking. 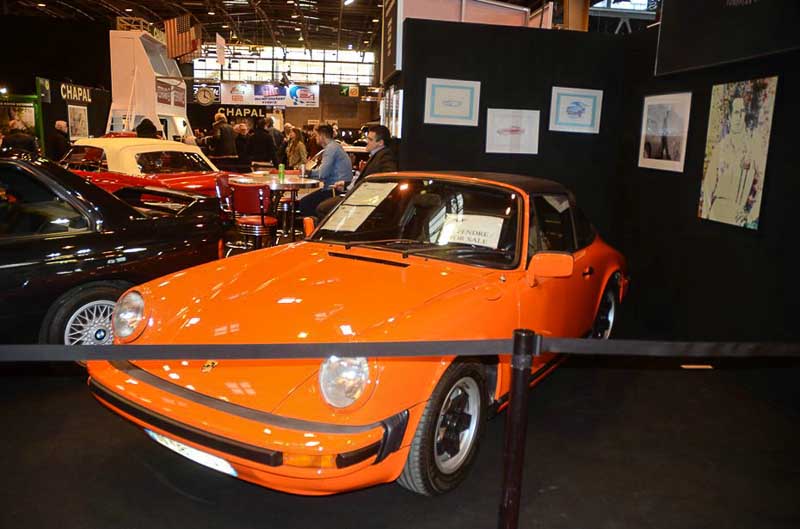