Today, China is already the second largest sales market for Porsche AG. Demand for sports cars from Zuffenhausen has shown sustained growth in the current year. In the first three months of 2013, the company recorded a 24 per cent gain over the comparison period in 2012 with over 8,800 vehicle deliveries in China. To better respond to high customer needs, Porsche will be extending its dealer network this year with the goal of doubling it to around 100 Porsche Centres by 2015. The quickly growing popularity of sports cars from Zuffenhausen is largely a successful result of Porsche’s involvement in setting up and expanding motorsports in China.

And Porsche is still accelerating its role as a sports car pioneer in China – on both the road and the race course. For example, Porsche AG is presenting the new 911 RSR at the Volkswagen Group Night that is held on the evening before the Auto Show in Shanghai. The brand new race car is a motorsport highlight for Porsche in Asia: It will be at the start of the Six-Hour Race in Shanghai on the 10th of November. The 911 RSR is a tribute to the unrivalled history of motorsport success of the Porsche 911, which celebrates its still young 50 years of age this year. The new race car is decorated with a decal that, from a birds’ eye perspective, reveals the words “50 Jahre 911” (50 years of the 911).

So, the 911 RSR is continuing a decade-long tradition of endurance racing at Porsche. One of the legendary highlights was the introduction of the Porsche 936 Spyder, which is also being shown on the evening before the show. Its flat six-cylinder engine is based on the engine of the former Porsche 911 Turbo. Porsche specially developed this race car for the Sports Car World Championships which began in 1976. Typical characteristics of the two-seat turbocharged race car: the large air inlet opening above the cockpit and the high tail fins. After four of a total of seven races, Porsche has already clinched a series win in the Sports Car World Championships. The 936 Spyder won all of the races, and a turbocharged Porsche won for the first time in Le Mans – the 936 driven by Jacky Ickx and Gijs van Lennep. And then there is the Porsche Carrera Cup Asia, which has been held for ten years now – an event with which the sports car producer established high-class motorsports in China. The Cup is the most successful race series in Asia, drawing an audience of millions.

Porsche Driving Experience Centre is new destination for sports car customersTo further promote the motorsport idea in China, Porsche is building an exclusive customer test site for enthusiasts at a legendary location. The first Porsche Driving Experience Centre of Asia is being constructed right next to the Shanghai International Circuit motorsport race track. The test centre – which covers a land area of 100,000 square metres and features a test track, slalom courses, off-road parcours and training rooms – is exclusively reserved for Porsche customers and fans. After its completion, which is scheduled for the beginning of 2014, the Porsche Driving Experience Centre in Shanghai will be the third customer test track in the world – together with Leipzig in Germany and Silverstone in England. This will give sports car customers in China a unique opportunity to intensively experience the performance of their vehicles. 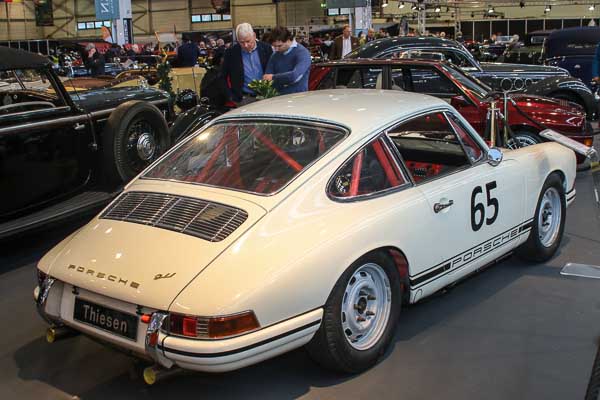