The Porsche customer teams WeatherTech Racing and Pfaff Motorsports have won both GT classes at the 2021 Sebring 12H. In the hotly contested GTLM category, works drivers Mathieu Jaminet from France and Matt Campbell from Australia joined forces in the Porsche 911 GT3 RSR with the American Cooper MacNeil and beat the opposition. In the GTD class for vehicle complying with the FIA GT3 regulations, works driver Laurens Vanthoor from Belgium, Porsche’s development driver Lars Kern (Germany) and the Canadian Zacharie Robichon won at the wheel of the No. 9 Porsche 911 GT3 R. The Wrights Motorsport outfit rounded off the triumph for the sports car manufacturer from Stuttgart with second place in the GTD division.

The tradition-steeped endurance race in Florida was marked by nonstop close duels and many caution phases. The decision for victory in all categories hung in the air until the final laps. After the last of eight full-course yellows, the suspense finally reached its climax. In a last dash over 20 minutes, the Porsche customer squads battled for the top places and built on the already impressive record at the 12-hour classic. This marks the fourth straight win for the Porsche 911 RSR and the second in a row for the 911 GT3 R.

In the GTLM class especially, the competition intensified in the last few laps. Jaminet headed into the final sprint running in third place. At the restart, his ca. 510 hp 911 RSR with the starting number 79 dueled wheel-to-wheel with the second-placed BMW, but he had to surrender his position – luckily. Only a few meters later, the two leading cars collided in a direct encounter. Jaminet profited and went on to cross the finish line as the winner. “That was a fantastic success at our Sebring ‘home’”, says Steffen Höllwarth, Head of GTLM Operations.

“It was the fourth class win in a row for our Porsche 911 RSR. And it was very special because this was the last time the GTLM class will race at Sebring.” From 2022, the vehicle category, which is also run in the FIA World Endurance Championship WEC under the name GTE-Pro, will no longer be contested in the IMSA WeatherTech SportsCar Championship.

“Unbelievable! This was only our second race in the IMSA series,” says a delighted Christian Ried, whose Proton Competition team maintains the 911 RSR for WeatherTech Racing. “Our crew and all three drivers did a perfect job. At the end of the day, we kept our cool while the works teams shunted each other out of contention. We were very lucky to score third place, but still, we deserved this win.” WeatherTech Racing founder David MacNeil adds: “Porsche is known for racing cars at a technically perfect level. That’s why we decided to collaborate in the IMSA series. We’ve now harvested the fruits of this at only the second race. I’m very proud!”

Customer teams celebrated an even bigger success with a one-two in the GTD class. Over long stretches during the 12-hour event, the strong squads from Pfaff Motorsports and Wright Motorsports took turns at the front of the field. In the final 20-minute sprint, factory pilots Laurens Vanthoor (No. 9) and Patrick Long were driving. In a tight duel, the Belgian managed to stay ahead and took the flag just 2.112 seconds ahead of his American brand teammate.

Long shared the cockpit of the No. 16 Porsche 911 GT3 R with his compatriot Trent Hindman and Belgium’s Jan Heylen. “A weekend couldn’t have ended better than this,” says Sebastian Golz, Project Manager Porsche 911 GT3 R. “All teams had the chance to finish on the podium. At the end of the day, there’s a one-two and a strong performance from Hardpoint EBM’s number 88 car.”

Hardpoint EBM, however, experienced bad luck. Katherine Legge from Great Britain, Denmark’s Christina Nielsen, and Ana Beatriz from Brazil were maintaining a sensational third place shortly before the finish. However, a drive-through penalty due to a collision after the final restart relegated the No. 88 Porsche 911 GT3 R back to fifth place. The No. 99 sister car had already fallen far behind during the first third of the race.

First, amateur driver Rob Ferriol (USA) flew into the barriers about two hours into the race. The team managed to repair most of the damage to the front of the Porsche 911 GT3 R and get it back into the race. Two hours later, the New Zealander Earl Bamber collided with a rival. The repairs cost the team almost 40 laps, with the team ultimately crossing the finish line in tenth place. Bamber and Ferriol shared the cockpit with Trenton Estep from the USA.

“We couldn’t have wished for a greater success for our fantastic customer teams,” states Pascal Zurlinden, Director Factory Motorsport. “All in all, it was a banner weekend for Porsche. In the IMSA Michelin Pilot Challenge, the 718 GT4 Clubsport set pole position and finished the race in second place. At the debut of the Porsche Carrera Cup North America, 34 cars lined up on the grid, including 23 brand-new 992-generation 911 GT3 Cup cars. This race gave fans a real treat. In the end, the Sebring class victories number 75 and 76 in the IMSA race are the crowning glory.”

Round three of the 2021 IMSA WeatherTech SportsCar Championship will be contested on 16 May at the Mid-Ohio Sports Car Course.

Drivers’ comments about the 2021 Sebring 12H

Cooper MacNeil (Porsche 911 RSR #79): “To have victory decided on the very last lap at a 12-hour race is just crazy! I’m ecstatic! Everyone in the team did a flawless job, and the Porsche 911 RSR was a real dream to drive in the race. I’m overwhelmed by this win.”

Laurens Vanthoor (Porsche 911 GT3 R #9): “We made the most of our car’s great potential. We made no mistakes, we had no incidents and a perfect strategy. The caution phases at the end made things a little more exciting than we wanted. Prior to that, we’d eked out a decent advantage. But I stayed calm at the restart and made it to the finish line.”

Patrick Long (Porsche 911 GT3 R #16): “In the close duel for victory, the traffic proved decisive. I had a bit of bad luck, so it wasn’t quite enough. But a one-two for Porsche is still fantastic. I can’t really complain, because we’ve taken over the championship lead with second place.”

Katherine Legge (Porsche 911 GT3 R #88): “I’m disappointed obviously because we had a good chance of scoring a podium result. Unfortunately, there was a penalty at the end. Still, I’m very proud of us women drivers and the team. The project came about at very short notice just before the Sebring race. But we’ve achieved a more than respectable result and given a strong performance.” 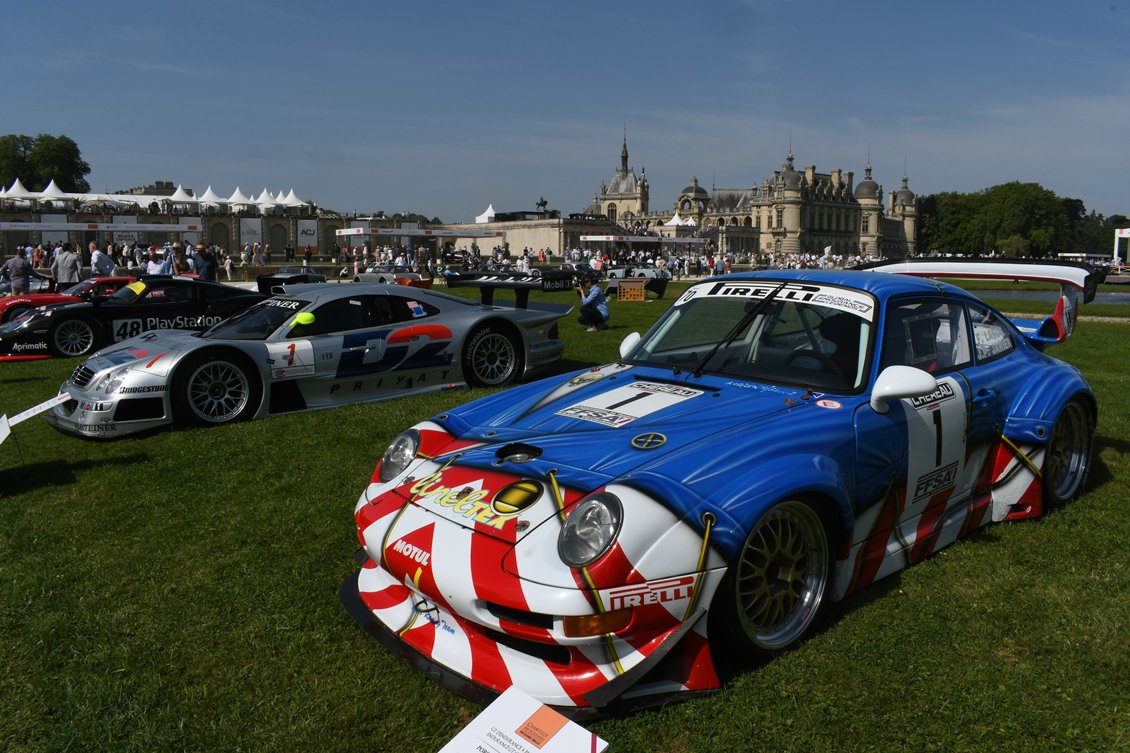