At the official pre-test for the 2019 Le Mans 24-hour race, the Porsche GT Team has prepared optimally for the finale of the FIA World Endurance Championship (WEC) Super Season. In bright sunshine and temperatures of up to 32 degrees Celsius, the four Porsche 911 RSR covered a distance of 4279 kilometers (314 laps) without any technical problems. With a time of 3:54.233 minutes, the No. 93 RSR was the fastest 911 on the only test day in the lead up to the 24-hour race in France (15-16 June).

The focus of the test work for the two factory teams from the FIA WEC and the North American IMSA WeatherTech SportsCar Championship was on vehicle setup, pit stop practice and tire comparisons. On the occasion of this pre-test, drivers could familiarise themselves with the upgrades made to the 13.626-kilometer Circuit des 24 Heures. At the exit of the Porsche curves, the clearance zone has been changed for this year’s race, the tire barrier has been moved in the famous Arnage corner, and the Ford chicane now has new curbs to prevent shortcuts.

During the two four-hour test sessions, the six Porsche 911 RSR run by the customer teams Dempsey Proton Racing, Project 1 and Gulf Racing covered a total distance of 5709 kilometers (419 laps). The best lap time of the Porsche partner teams in the GTE-Am class was turned by the vehicle with the starting number xx.

For 2019, the works cars will again tackle Le Mans flying special liveries. The two Porsche 911 RSR from the FIA WEC will bear the world champion logo on the roof, and the red stripes have been replaced with gold ones. The sister cars from the IMSA WeatherTech SportsCar Championship are decked out in the same design that featured at the first two rounds of the season at Daytona and Sebring. The white, blue and red colours are reminiscent of the legendary Brumos team from America. The successful Brumos racing driver Hurley Haywood assumes the honorary post of Grand Marshal for the 87th running of the 24 Hours of Le Mans. The customer squad Project 1 rolls onto the grid as an Art Car. The colorful design combines three works of the American pop art icon Richard Phillips. The eye-catching Art Car was designed in collaboration with Porsche Digital.

Comments on the test day at Le Mans
Pascal Zurlinden (Director GT Factory Motorsport): “For the test day we had an extensive to-do list. We divided up the work on our four cars and managed to tick off all the tasks as planned. The focus wasn’t on simulating qualification conditions, but on preparing for the 24-hour race. We have a bunch of new drivers in our customer teams who were impressively quick in familiarising themselves with the Porsche 911 RSR. It’s a pleasure to see so many strong drivers sharing the ten cars.”

Alexander Stehlig (Programme Manager FIA WEC): “We turned many laps in the best conditions today and continued to prepare for the most important race of the year. We had a great setup for Le Mans in 2018. Over the course of the season, we continually worked out new details in the setup of the Porsche 911 RSR and we evaluated these during the test day. We’re happy with the results.”

Steffen Höllwarth (Programme Manager IMSA SportsCar Championship): “Because the IMSA championship has different rules, it was important for our crew and drivers to familiarise themselves with the procedures of the FIA WEC and especially to Le Mans. For example, the pit stops run quite differently to the North American racing series. The most important thing for our two rookies in the No. 94 car was to gain experience on the track.”

Richard Lietz (Porsche 911 RSR #91): “Aside from the normal setup work and tire tests, there was an additional item on the list. Several areas of the track have undergone some modifications. Above all, a new, very high curb in the Ford corner has an impact on the racing line choice. You have to tackle this passage a little differently now and you can’t take a shortcut. It was important to check out these changes during the test.”

Laurens Vanthoor (Porsche 911 RSR #92): “This test brought back the wonderful memories of our 2018 victory – a great feeling. At the test drive, we wanted to set up our Porsche 911 RSR as optimally as possible for the special challenges of the high-speed racetrack of Le Mans. We succeeded. We’re heading into the race week at least as well prepared as we were last year.”

Nick Tandy (Porsche 911 RSR #93): “The impressions from the test are somewhat difficult to gauge. The dirty track offered very little grip throughout the morning. In the afternoon the temperatures were unusually high – much higher than we expect for the race weekend. Our car is fully developed, the setup is good. Now we just have to wait for the first sessions in just under two weeks where we can make realistic conclusions about the balance of power.”

Mathieu Jaminet (Porsche 911 RSR #94): “For me as a rookie the main goal was to familiarise myself with the track. I was immediately impressed by the Circuit des 24 Heures. Driving through the Porsche curves in the Porsche 911 RSR is truly a very special experience. I gradually pushed my way to the limit and quickly clocked up some decent lap times. After this critical test, the excitement for this race is huge.”

Jörg Bergmeister (Porsche 911 RSR #56): “As always at the Le Mans pre-test, the track was very dirty compared to the upcoming race weekend. There was little grip, so it didn’t make sense to simulate a qualifying session. We collected important data during the test day to be as well prepared as possible for the season finale. There’s always something new to learn at Le Mans. We learned a lot – especially that our Art Car is a real head-turner and the astonished fans kept taking a lot of photos.”

Julien Andlauer (Porsche 911 RSR #77): “The Circuit des 24 Heures at Le Mans is unlike any other racetrack on our racing calendar. For this reason, the test is always important to set the vehicles up for the special conditions. Over the day we made some progress in the car setup, which was exactly our intention.” 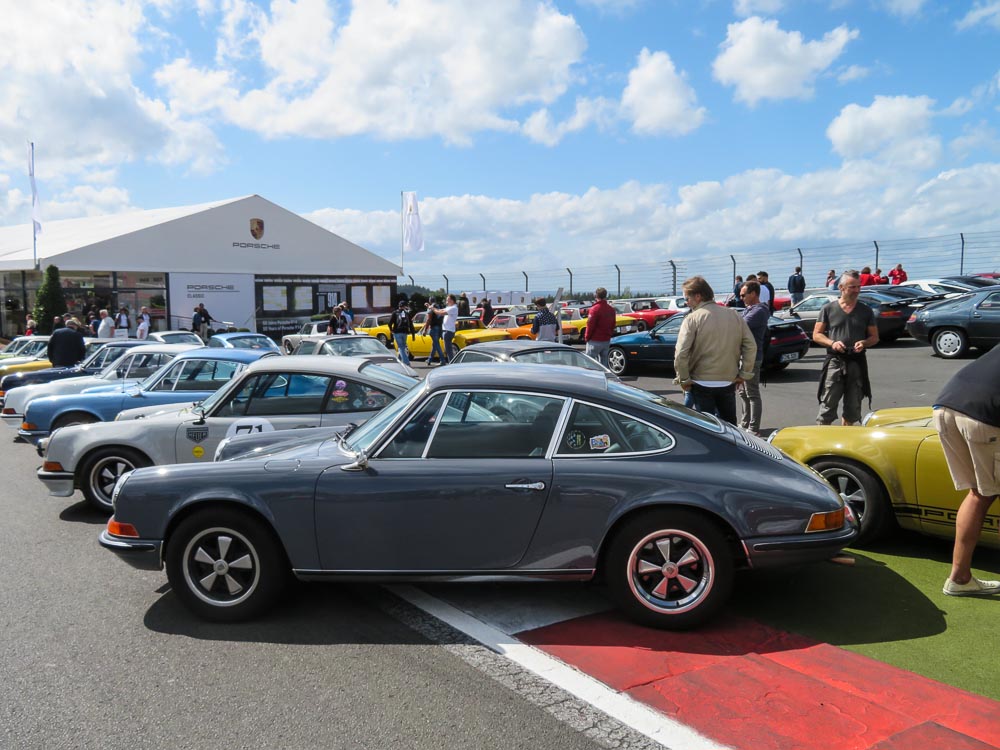