High suspense at the finale: The very last race of the Porsche Mobil1 Supercup brings the decision as to which of the two drivers walks away with the coveted trophy. On the legendary Spa-Francorchamps circuit in Belgium, one of the world’s most challenging tracks, series leader Richard Westbrook (Great Britain) hopes to secure the title, as does his hottest pursuer Damien Faulkner from Ireland.

Westbrook comes to Belgium holding a ten-point advantage over Faulkner. Should the 32-year-old Briton cross the finish line of the 6.97 kilometre roller-coaster circuit ahead of his Irish opponent, he wins the championship for the second time in succession. Should Faulkner win, a fifth place would still be sufficient for Westbrook to clinch the title. If both share the same points tally the number of victories over the season is decisive. Westbrook won at Barcelona and Budapest; Faulkner was victorious at the season-opener in Bahrain and a week ago in Monza, where he won a gripping race from pole position.

While it’s Britain versus Ireland in the championship fight, a guest driver is also determined to make an impression: 49-year-old Altfrid Heger accepted an invitation from Dr. Ing. h.c. F. Porsche AG, Stuttgart, to drive the matt-black 911 GT3 Cup with starting number 88. The German wrote motorsport history when he won the inaugural Porsche Supercup in 1993. After a year-long battle and three wins against his team mate Uwe Alzen, Altfrid emerged as the overall winner just two points ahead of Alzen. Heger meets his rival again on the circuit in the Ardennes. Alzen currently ranks third in the points.

During his career Altfrid Heger competed as a factory driver for Audi and BMW. One of his biggest successes was the overall win at the Nürburgring 24 hour race at the wheel of a Porsche 911 GT3 Cup together with Uwe Alzen, Michael Bartels, and Bernd Mayländer in 2000.

The television station ‘”Eurosport“ broadcasts the final of the Porsche Mobil1 Supercup live on Sunday, 16th September, from 11.15 CEST. Additionally, “Eurosport” shows the highlights of the race on Sunday evening in its “Motorsports Weekend” programme. 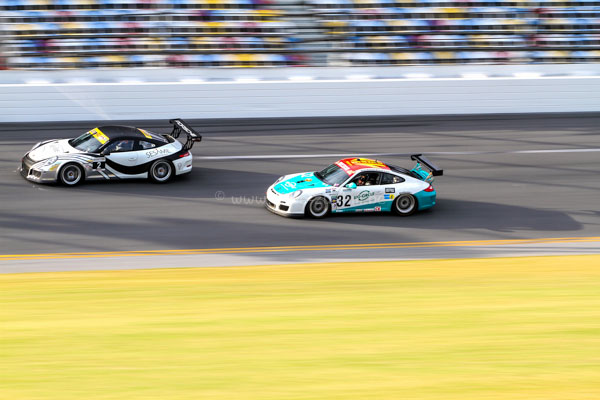