Symphony of revving engines and gathering of Porsche personalities.

The concept is quite simple : start a car, rev it up and let the people enjoy the sound of the car. And we all know a Porsche produces a sound that sounds like music in the ears. But that’s not all what the Porsche Sound Nacht is about.  Racers, engineers or mechanics that used to drive, design or race the cars are brought on stage and they are a great part of the show too.

How about the stories of the engineer Hans Mezger and Valentin Schafer and mechanic Egon Albert, that used to travel the world with the Porsche 804 F1. A team of 4 persons in a Formula 1 race nowadays would sound ridiculous. However, that’s exactly how Dan Gurney won the French GP in 1962. This epic victory still remains the one and only victory for Porsche in the F1.

Great to hear Jürgen Barth tell how he won the 1977 Le Mans 24H in the Porsche 936/77 Spyder with Jacky Ickx. Or the pride he showed for the golden Nurburgring he wears on his hand, A ring he got as winner of the Nurburgring 1000KM. He wears the ring to honour his father Edgar Barth who always wanted to win that race, but unfortunately never succeeded.

Eckard Schimpf, former racer, journalist and author of books tells with lots of passion about the period he used to race in the Porsche 911 RSR 3.0 with Jägermeister livery. A car he had lots of fun in. Nowadays Eckard Schimpf is curator of the Jägermeister car collection, that was shown in the 2016 Classic Days Schloss Dyck.

Walter Röhrl and Roland  Kussmaul had a great conversation on stage. They entertained the audience and obviously had as much fun as the audience, and were glad to be reunited with the Porsche 911 SC San Remo.

Jonathan Mannell from Porsche Classic Great-Britain was glad to present the freshly restored Porsche 924 GTP Le Mans. A stunning car that was restored to perfection in a collaboration of the 4 official Porsche Classic Centres.

After a crash at the Weissach test track, the Porsche 956-005 had been stored for many years in the caves of the Porsche Museum. After a nut and bult restoration the car was now presented for the first time to the audience, in a stunning Rothmans livery.

What probably no one knew was the story behind the 2016 Porsche 911R. Andreas Preuninger, responsible for the project, told that he was not commissioned to design a new Porsche 911R. They were asked to design a car that was both suitable for track and all day road, with lots of power and manual gears. Only after the design was in the last phase, some made the remark that they had been doing so much efforts to make a light car, that is was like the 1967 Porsche 911R that drove the Monza records. The name of the new car was born.

Apotheosis of  the night : the Le Mans winner Porsche 919 Hybrid rolled on stage. Same scenario as last year,  except that Dieter Landenberger announced that this year, the car would be started and revved up. A unique opportunity for most of the audience to hear the amazing sound of the car that brought the 18th Le Mans 24H victory

Next page for the sound of the Porsche 718 Boxster S 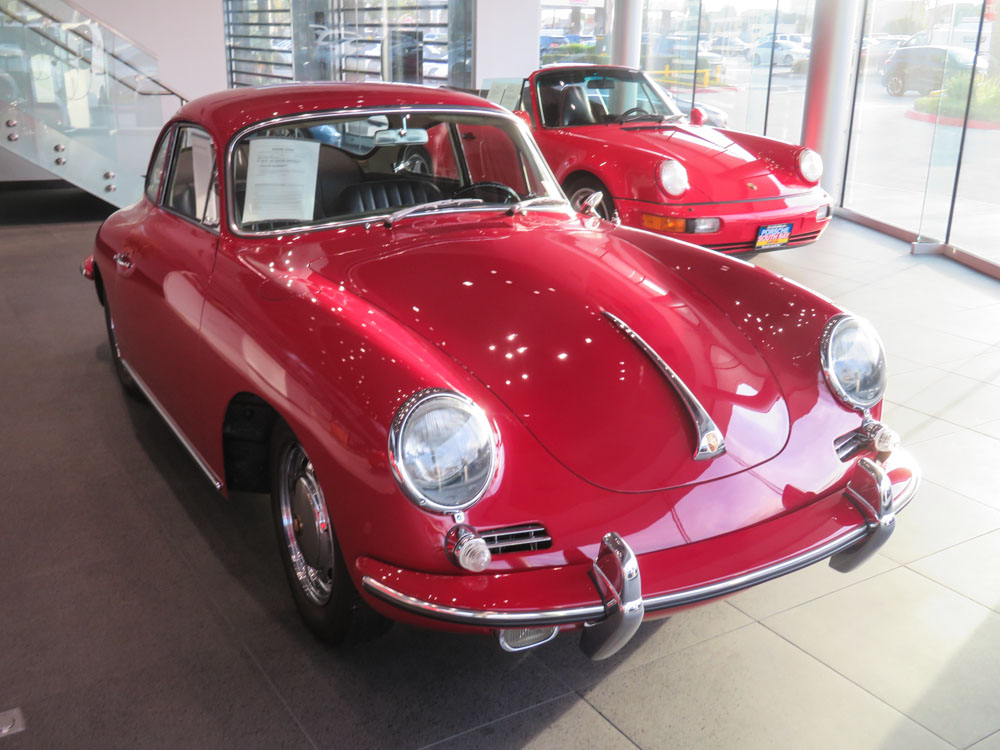