Porsche heads to the final round of the Intercontinental GT Challenge season in South Africa with a top contingent of four 911 GT3 R in the pro category, another vehicle in the amateur class and twelve drivers from the factory and junior driver squads. For the nine-hour race at the Kyalami circuit on 24 November, the customer teams GPX Racing, Dinamic Motorsport, Frikadelli Racing and Team 75 Bernhard will each field a 500+hp GT3 vehicle from Weissach. In the overall standings, Porsche tackles the final round still holding chances to claim the manufacturers’ title. The winning trio at Bathurst – works driver Dirk Werner (Germany) and the two Porsche Young Professionals Matt Campbell (Australia) and Dennis Olsen (Norway) – are just ten points shy of the drivers’ classification leader.

The nine-hour event in South Africa marks the final round of the 2019 Intercontinental GT Challenge. Between 1967 and 1993, the Kyalami Grand Prix Circuit hosted a total of 20 Formula 1 Grands Prix. Under the aegis of Porsche South Africa, extensive renovations and upgrades have been undertaken in recent years. Around 65 percent of the 4.2-kilometre-long Grand Prix circuit was retained, the finish straight was lengthened, passive safety was improved, four new corner passages were added and the paddock was rebuilt. For the teams contesting the Intercontinental GT Challenge (IGTC), the Kyalami Grand Prix Circuit is new terrain. The IGTC is currently the only international GT race series to compete on the African continent.

The Porsche teams and drivers

To maximise the chances of winning the drivers’ championship, the Bathurst winners Werner, Campbell and Olsen will contest the season finale in three different cars. The trio heads to the final race ranking fifth, but are only ten points behind the leader. Matt Campbell shares the cockpit of Dinamic Motorsport’s Porsche 911 GT3 R with the current leaders of the IMSA series, Earl Bamber (New Zealand) and Laurens Vanthoor (Belgium). In the identical model run by the Team 75 Bernhard, Dirk Werner joins forces with his works driver teammates Sven Müller (Germany) and Romain Dumas (France).

Dennis Olsen helms the 911 GT3 R campaigned by Frikadelli Racing with factory pilot Nick Tandy (Great Britain) and Porsche Young Professional Mathieu Jaminet (France). The fourth GT3 racer from Weissach will tackle the top category decked out in the historic blue and orange colours of Gulf. This year’s winners of the 24 Hours of Spa-Francorchamps, the world sports car champions Michael Christensen (Denmark) and Kévin Estre (France) as well as Richard Lietz (Austria), share driving duties in the Porsche 911 GT3 R of GPX Racing. One other 911 GT3 R will contest the amateur class.

The schedule
The nine-hour race at Kyalami near the metropolis of Johannesburg takes off on Saturday, 23 November, at 1pm (midday CET). The season finale can be watched live on www.intercontinentalgtchallenge.com.

Sebastian Golz (Project Manager 911 GT3 R): “With a total of five strong teams, five professionally prepared Porsche 911 GT3 R and twelve hungry drivers from the factory squad, our contingent for the IGTC season final couldn’t be better. We’re deliberately dividing our three Bathurst winners between three different cars to maximise our chances of winning the drivers’ championship title. We have only an outside chance of winning the manufacturers’ crown, but we’ll still do everything we can to make the most of the opportunity. Kyalami has a big, historic reputation in motor racing, but it is new territory for us all because this is the first international GT race on the new track. The South African culture, the incredible location and the world’s elite in GT racing will turn this race into a season highlight. We want to fight for victory.”

Laurens Vanthoor (Porsche 911 GT3 R, Dinamic Motorsport): “It wasn’t clear at the beginning of the year whether I’d drive at Kyalami, but I’ve always had my eye on this race. It’s a dream to finally be able to fly to South Africa and be given the chance to compete at such a storied venue. Kyalami has a great history, which will now continue after the reconstruction. I’ve always wanted to race on this circuit. Now is my big chance. Earl and I want to help our friend Matt to win the title.”

Kévin Estre (Porsche 911 GT3 R, GPX Racing): “Our winning crew from Spa is reunited! I’m really pleased about this because our combination went perfectly at the Spa 24-hour race in Belgium. The final round of the season is contested on a racetrack we’re unfamiliar with. So it’s important that the synergy between the drivers and the teams already runs like clockwork. I’m really looking forward to South Africa, the fans, the racetrack and the race.”

Sven Müller (Porsche 911 GT3 R, Team 75 Bernhard): “I’ve never been to Africa, which makes me all the more curious about Kyalami. I’d also like to soak up as many impressions off track as possible. I once shared a car with Timo Bernhard at Le Mans. Now I’m racing for his team for the first time, and he’s my boss. We’ll do everything in our power to achieve a possible victory in the manufacturers’ classification.”

Dennis Olsen (Porsche 911 GT3 R, Frikadelli Racing): “I possibly have a small advantage over most of the other drivers because I’ve actually been to Kyalami. I turned a few laps in the Porsche 911 GT3 RS* during Porsche’s vehicle presentation there. The circuit offers some special challenges. There are many fast corners, and some you take blind. I’m confident that the Porsche 911 GT3 R will be particularly strong there. We are determined to have a say in the fight for the title.”

This is the Intercontinental GT Challenge
The 2019 Intercontinental GT Challenge calendar is made up of five endurance races on five continents. While the teams were only permitted to field 2018-spec GT3 cars at the season-opening round in Bathurst (Australia), the latest spec is sanctioned for the Laguna Seca (USA), Spa-Francorchamps (Belgium), Suzuka (Japan) races and the season finale in Kyalami (South Africa). Porsche will not compete with a factory squad, but instead supports various customer teams in their campaign.

Podium result for Porsche at the virtual Virginia International Raceway 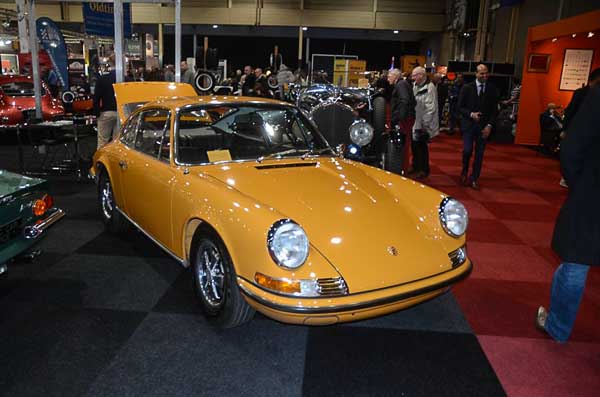