Production line of the Porsche Taycan

After a construction period of less than 48 months, Porsche is opening a new production facility for its first all-electric sports car at its Zuffenhausen site. “The new plant reflects the brand’s tradition and sends out a clear signal about the future of Porsche,” says Albrecht Reimold, Member of the Executive Board for Production and Logistics at Porsche AG. “It was a deliberate decision to build the Taycan in Zuffenhausen – the home of the brand’s heart and soul.”

Production of the first customer vehicles will begin as scheduled on 9 September 2019. Assembly will take place in a “factory of the future” – flexible, networked and using 4.0 production technology. It is a further step towards the “Zero Impact Factory” with no negative environmental impact: production of the Porsche Taycan with zero-emission powertrain at the Zuffenhausen site will be CO2-neutral. In addition to using electricity from renewable sources and biogas to generate heat, the new production buildings are designed to be extremely energy-efficient. Further examples are the electrically powered logistics vehicles, the use of waste heat in the paint shop, the greening of roof areas and a continuous and holistic approach to other potential resource savings.

The construction project included several individual subprojects, each itself with considerable scope. The result was a body shop, a paint shop, a plant for the production of electric motors and components, a vehicle assembly hall and the connecting transport technology. A total of 35,000 tonnes of steel were used for the new production facility – as much as for 140,000 Coupé bodies of the 991 generation of the 911 model line. The total area of the buildings amounts to 170,000 square metres.

Start of construction at the end of 2015

The positive response to the motor show presentation of the Mission E concept car in September 2015 marked the start of the largest construction project since the Zuffenhausen plant was first established. In the same year, the ground-breaking ceremony was held for the new body shop, where the high-strength yet lightweight bodies for the Taycan and the current eighth generation of the 911 will be built. In May 2016, old buildings gave way to create space for the new paint shop and the multi-storey assembly building. “There were several sustainability requirements imposed by the city of Stuttgart,” says Jürgen King, Head of Central Building, Environmental and Energy Management at Porsche, “and Porsche extended these. For example, we processed the material from the demolished halls on site and reused it for the new buildings.”

Preparation of the construction work alone required 21 individual preliminary projects and more than 5,000 employee relocations. This also included the excavation pit for the multi-storey assembly building located on a slope: since its height is limited to 38 metres so as not to impair the flow of fresh air to Stuttgart city centre from the north, the pit is 25 metres deep. 240,000 cubic meters of earth were moved for this purpose.

A new factory inside a factory

“We’ve built a factory inside a factory – in the middle of the city and close to our neighbours, in the most confined of spaces, in the shortest possible time and without disrupting the existing sports car production facility running at full capacity. Now the factory has been completed on schedule and without any major setbacks,” says Albrecht Reimold. “This was possible due to meticulous planning and an excellent team.” A total of 130 companies and suppliers were part of that team. One of the logistical masterpieces was coordinating the construction site traffic without impairing the significant regular flow at the plant. “Close dialogue with our neighbours was also crucial,” says Reimold. “We kept them fully up-to-date on developments throughout the entire course of the project.” 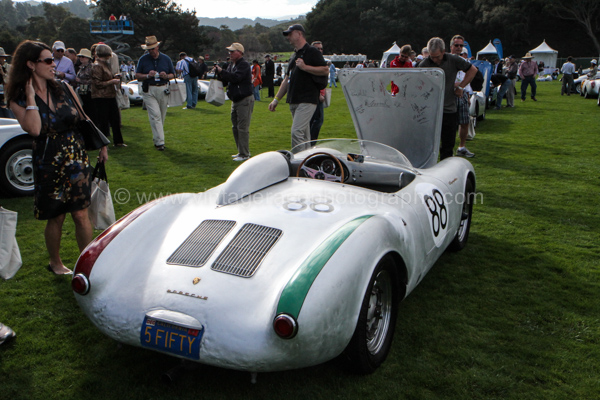