The Porsche works team has set a high benchmark for the 2021 Le Mans 24H. Fielding two Porsche 911 RSR, Porsche hopes to lay the foundation for yet another title win in France. So far in this season’s FIA World Endurance Championship (WEC), the factory squad has secured two class wins from three races. The legendary Circuit des 24 Heures hosts round four on 21/22 August. Porsche again relies on a three-driver crew in each of its cars at the Sarthe.

A total of twelve 911 RSR will tackle the GTE-Pro and GTE-Am classes at the 89th edition of the world’s fastest endurance race. The event starts this coming Sunday (15 August) with the so-called pre-test on the 13.626-kilometer-long combination of the circuit and public roads. With 19 overall victories and 108 class wins to its credit, Porsche is by far the most successful manufacturer at the 24-hour race in France.

“We contested Le Mans for the first time last year with the Porsche 911 RSR-19 and we struggled a bit against the fierce competition in the GTE-Pro class,” recalls Pascal Zurlinden, Director Factory Motorsport. “I’m positive we’ll be significantly more competitive this year. We’ve gathered a huge amount of data and experience with our works team and our customer squads, who get the chance this year to field the latest version of the nine-eleven in the WEC. These insights help us find the perfect setup. We also performed strongly on the high-speed track at Monza. Our success there gave us an extra boost for Le Mans.”

The event on the 13.626-kilometer Circuit des 24 Heures at Le Mans is extremely popular with motor racing fans and is the highlight on the FIA World Endurance Championship calendar. The storied circuit south of the city with its 150,000 inhabitants consists mainly of public roads. Normally, hundreds of trucks and cars drive over the legendary Mulsanne straight every day on their way from Le Mans to Tours.

Treacherous ruts present special challenges, especially in the rain. Contrary to the original plan, which included a mid-June date for the long-distance classic in 2021, the 89th running of the Le Mans 24H will be contested in August this year due to the coronavirus pandemic. Unlike last year, up to 50,000 fans can watch the action live from the racetrack on 21/22 August. This marks the second time that the latest generation ca. 515 PS Porsche 911 RSR tackles the world’s greatest endurance race.

“I’m convinced that we’ll be much more competitive this year,” says Alexander Stehlig, Head of Operations FIA WEC. “In the meantime, we’ve gathered considerably more experience with the car, and the successes at Spa and Monza have been hugely encouraging. There’s no better incentive for us than a win on the high-speed circuit in Italy. What’s important at the 24-hour race is to maintain contact with the leading pack at all times so that we’re in a position at the end to fight for victory. This means that we have to attack right from the start. I think this a promising recipe for success.”

Due to the length of the Le Mans 24-hour race, double the usual points are awarded compared to a conventional six-hour WEC race. As such, the race has often proven to be decisive in terms of the WEC manufacturer and driver standings. Moreover, the highlight of the year also features a special qualifying modality: In the Pro class, only the six fastest cars from the one-hour qualification session on Wednesday (18 August) are permitted to take part in the so-called Hyperpole held the following day. This session then determines the best grid positions for the race.

The regular WEC drivers Gianmaria Bruni from Italy and Richard Lietz from Austria join forces with Frenchman Frédéric Makowiecki in the cockpit of the No. 91 Porsche 911 RSR. The Frenchman, who contested this year’s eight-hour race in Portugal, brings a wealth of experience with him. Makowiecki has contested the Le Mans classic a total of ten times – for the last four years sharing driving duties in the factory-run vehicle with Bruni and Lietz.

In the No. 92 sister car, Frenchman Kévin Estre and Neel Jani from Switzerland receive reinforcement from Michael Christensen. The trio used the WEC race in Portimão in June to get in sync with each other. Estre and Jani currently lead the drivers’ championship after scoring two class wins from three races. In the manufacturers’ classification, Porsche ranks second just seven points behind the leader.

Two customer teams tackle the 2021 Le Mans 24H with the Porsche 911 RSR in the GTE-Pro class – a category that is usually the domain of factory teams. WeatherTech Racing puts its trust in Laurens Vanthoor from Belgium, Earl Bamber from New Zealand, and the American amateur driver Cooper MacNeil. Sharing the cockpit of the identical vehicle campaigned by HubAuto Racing from Taiwan are Maxime Martin from Belgium, Alvaro Parente from Portugal, and Dries Vanthoor. The Belgian is the younger brother of Porsche works driver Laurens Vanthoor.

A total of eight of the latest generation Porsche 911 RSR contest the GTE-Am category, in which amateur drivers with a “Bronze” or “Silver” FIA status share a car with professionals. Dempsey-Proton Racing runs two ca. 515 PS 911 from Weissach. Moreover, the German customer team fields another vehicle under the name Proton Competition. Project 1 has also registered two entries. The customer squads Absolute Racing, Herberth Motorsport and GR Racing campaign a car each at Le Mans.

The 2021 Le Mans 24H on TV, via livestream, and on the Porsche Motorsport microsite

The free-TV broadcaster RTL NITRO televises the entire Le Mans event for the first time after the RTL Group secured the broadcasting rights for the FIA WEC and the 24 Hours of Le Mans. The sports channel Eurosport also reports extensively on the 89th edition of the classic. Via their paid apps, the World Endurance Championship WEC and the Le Mans organiser ACO offer a live stream and live timing.

On its website https://media.porsche.com/motorsport, Porsche Motorsport provides detailed information on the Porsche 911 RSR, the team, and the works drivers, as well as the 2021 Le Mans 24 Hours. There, media multipliers will also find the latest updates and news, background stories, image galleries, and numerous video features.

Richard Lietz (Porsche 911 RSR #91): “We were positively surprised that we were so competitive at Monza. The racetrack there needs as much top speed as the Le Mans circuit, so this is a good sign. Still, we know very well from last year how challenging the competition is at this 24-hour race. I’m expecting a very tough fight in the GTE-Pro class. Le Mans is obviously a big highlight for every driver. We’ll do our absolute best. I’m really looking forward to the test and the race week in France.”

Gianmaria Bruni (Porsche 911 RSR #91): “Le Mans is always unpredictable. At this event, teams and drivers have to be prepared for every eventuality. That makes a sporting prognosis virtually impossible. I’ve planted our Porsche on pole position for the past three years and I’m eager to continue this streak. I hope that we have a clean race and that we ultimately reap the rewards of our efforts. Our number 91 car has finished the last three races second in class. Hopefully, we’ll now manage to finally climb to the top step of the podium.”

Frédéric Makowiecki (Porsche 911 RSR #91): “At last the big highlight of the year is almost here. I’m always very excited about this race. And I’m even more excited for this year because finally spectators will return to the track – that’s fantastic! It was empty last year. The whole event felt like a test, not the greatest endurance race in the world. These avid fans contribute significantly to the special Le Mans charm. We’re competing with our Porsche 911 RSR in a class with eight other cars, all of which are on the same level. It’ll be a thrilling and wonderful competition and we feel we have a good chance to succeed.”

Kévin Estre (Porsche 911 RSR #92): “As a Frenchman, Le Mans is obviously a big highlight on the calendar. We’re heading there leading the drivers’ championship after our class win at Monza – you don’t need more motivation than that! We struggled at Le Mans last year. Now we know our car a lot better and we’re definitely well-positioned. What’s more, a total of four 911 RSR are contesting GTE-Pro class. If we combine the findings of all the squads from the practice sessions, we’ll have a perfect foundation for working out an ideal setup for the race.”

Neel Jani (Porsche 911 RSR #92): “After our Monza win, we’re heading to Le Mans with confidence and in high spirits. Still, everyone knows that anything can happen at any time in this major 24-hour race. I’ve experienced this firsthand both in a positive and negative sense. I’ve contested Le Mans every year since 2009, except last season. So that makes me all the more excited to return to this very special racetrack. We’re well prepared and we can hardly wait for the start of the event with the pre-test a week before the race.”

Michael Christensen (Porsche 911 RSR #92): “I’m delighted to finally compete at Le Mans again. And I’m even more delighted that the fans can return to the track. The grandstands won’t be full, but the Le Mans atmosphere simply lives from the spectators’ passion. I hope that we’ll be competitive. I’d really love to stand at the top of the podium – like in 2018 when we won there with our 911 RSR decked out in the Pink Pig livery.”

Porsche Documentary “Endurance” : behind the scenes of the Porsche GT Team at the greatest 24-hour classics 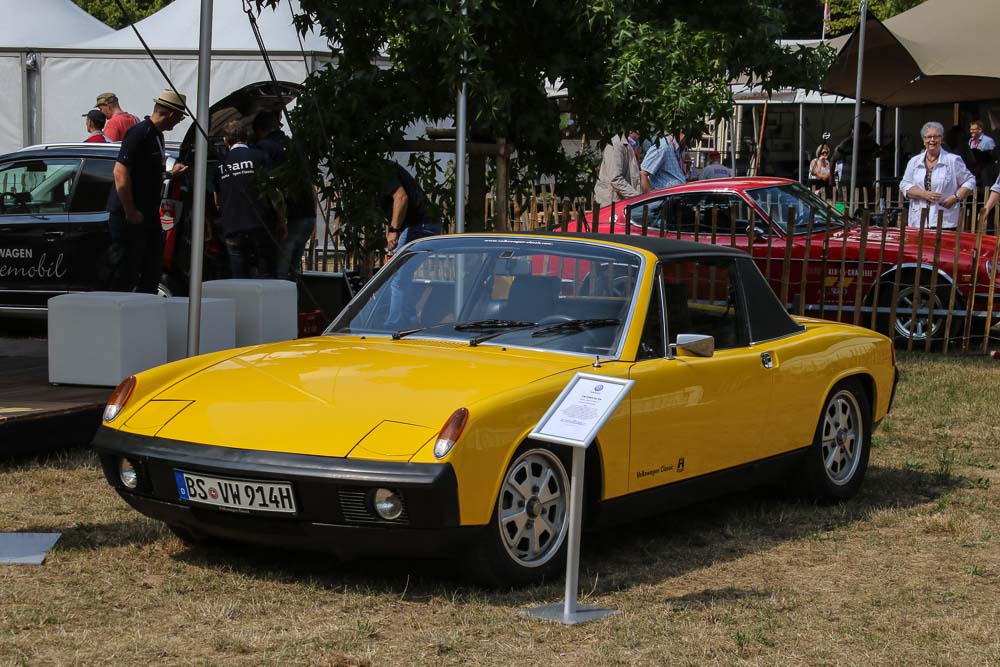