The title of this book, The Last Eleven, refers to the last eleven aluminum 356s. The chassis for these cars were built in Gmund,t he bodies were built by Tatra, Vienna and the unfinished cars were shipped to Salzburg where they were placed in storage because the steel 356 had made them obsolete.

When Porsche received an invitation in the fall of 1950 to to participate in the 1951 Le Mans race, they realizes that the aluminum 356 was their best race car candidate for some obvious reasons. It was lighter, stiffer and above all there were leftover cars. The stock of the Salzburg cars that resided in a rented garage in Zuffenhausen was used by the  Porsche engineers  to create the Type 514 — also known as the Type 356 SL. It was the first race car to wear the name Porsche  on its nose.

This book recounts the trials that Porsche went through to bring their first race cars to Le Mans and the succeeding accomplishments in the Liege-Rome-Liege, the Mille Miglia and at Monza. And it was not just the factory that was throwing the cars around the tracks of Europe. Max Hoffman imported three Porsche 356 Gmünd SL cars to the United States in late 1951 and it was only a matter of months before they were class winners from coast to coast. One of these cars became legendary when John von Neumann cut off the roof of 356/2-063 to loose weight.

In case you are unsure how to spot a Type 356 SL, the book provides a complete look at the features Porsche engineers put into the cars between 1951 and 1954. Some characteristics are very obvious such as the wheel shrouds and louvered rear-window quarter panels. But other items are much more subtle. Porsche tried to eke out every bit of performance so they lightened some cars by drilling holes in the sheet metal, added belly pans and even lowered the roof on other cars.

There is even a small chapter in the book on the ultra rare Porsche 356 Gmünd SL brochure, one of the holy grails for collectors.

Somewhat surprising is the fact that seven of these last eleven cars have survived numerous race battles and the decay of time and still exist today. Some of the survivors appear to be never-ending restoration projects, but others are excellent examples of Porsche’s first race veterans.

This book is quite likely the most comprehensive and accurate story of The Last Eleven aluminum 356s – the first race cars to display the name PORSCHE.
Written by 2 notorious Gmund SL experts, Phil Carney and Jacques Mertens,  it is assured you won’t find a better source of information on this extremely rare and valuables cars. 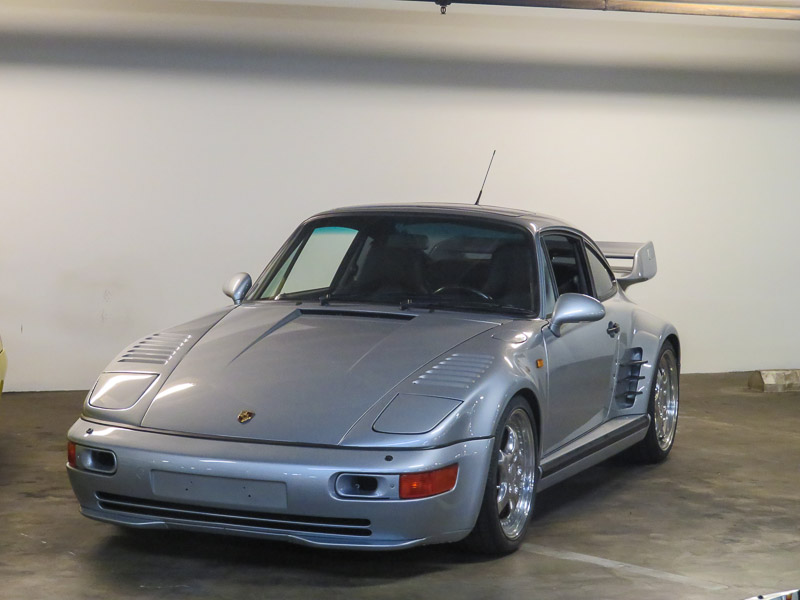