Round 1 24 Hours of Daytona

Strong start to the season for Porsche in the IMSA SportsCar Championship: In qualifying for the 24 Hours of Daytona, the season-opening round of the most important sports car championship in North America, the pair of 470 hp Porsche 911 RSR campaigned by Porsche North America locked out the first two grid spots in pouring rain. Outright Le Mans winner Nick Tandy (Great Britain) takes off from GTLM-class pole position on Saturday with his French teammates Kévin Estre and Patrick Pilet, the IMSA GT champion of 2015. The pilots lining up on the first grid row of the Daytona International Speedway in the sister 911 RSR are Frédéric Makowiecki (France), Le Mans overall winner Earl Bamber (New Zealand) and Michael Christensen (Denmark).

Marco Ujhasi, Overall Project Manager GT Works Motorsport: “Our main objective under these difficult conditions was not to break anything on the cars. The fact that both 911 RSR then clocked such fast lap times is fantastic. Even if the weather stays dry on Saturday and Sunday, today’s performance was wonderfully motivating for the entire team and a superb start to the new season.”

Sascha Pilz, Head of GT Customer Racing: “That was a very successful start to the Daytona weekend. The work that we’ve invested in setting up our new 911 GT3 R during tests has paid off. Our customer teams adjusted quickly and effectively to the difficult weather conditions. This makes us confident for the race.”

Nick Tandy (911 RSR #911): “For us, the new season starts just as the old one finished at Road Atlanta – with the same weather and the same position. We’re thrilled to have set pole position, but that was the maximum today. After the interruption, all drivers had just one lap in the end. I love such high-pressure situations – to keep the car in one piece, and still be fast.”

Frédéric Makowiecki (911 RSR #912): “You can’t do better than positions one and two for Porsche. The track today was incredibly wet, which made it difficult to keep the car on the road. We’re expecting much better weather for the race.” 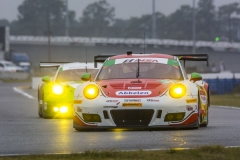 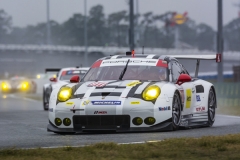 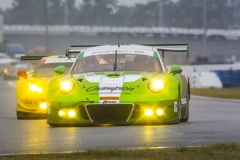 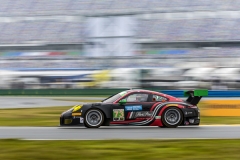 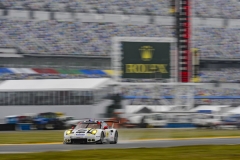 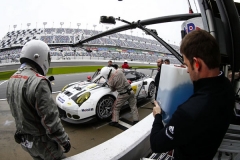 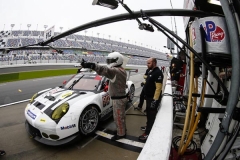 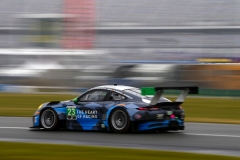 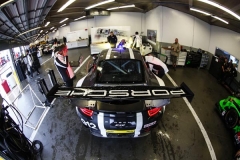 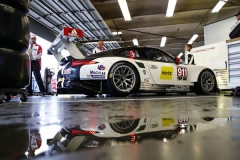 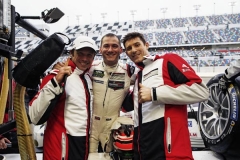 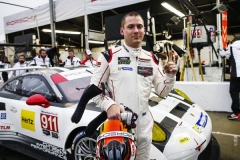 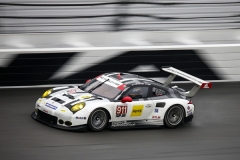 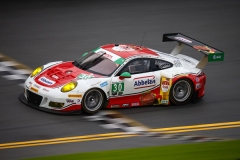 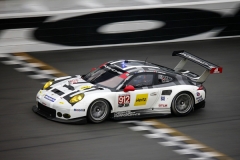 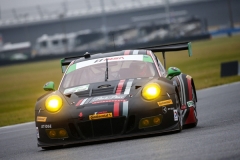 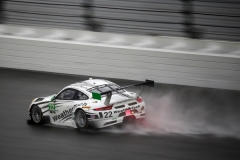 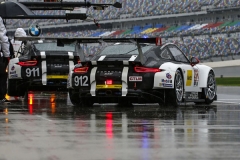 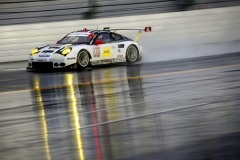 Double debut for Porsche at the long distance classic in Florida