As the 2015 season heads onto the finish straight, Earl Bamber’s campaign takes him from one finale to the next. At Petit Le Mans on the storied U.S. race track of Road Atlanta, the winner of the Porsche Motorsport International Cup Scholarship contributed significantly to Porsche winning the GTLM manufacturers’ title at the season finale of the Tudor United SportsCar Championship on Saturday. In the coming weeks, the 24-year-old New Zealander could claim the drivers’ titles in two championships – at the Porsche Carrera Cup Asia on 18/19 October at Shanghai, as well as the double-header final round of the Porsche Mobil 1 Supercup on 1/2 November contested as support to the Formula 1 race in Austin/Texas.

Petit Le Mans was his first race at the wheel of the Porsche 911 RSR, and his first race at the ten-hour classic in the US State of Georgia. “To get the chance to contest this race with the 911 RSR and then climb the podium was a fantastic experience,” said Earl Bamber, who scored second with works drivers Michael Christensen (Denmark) and Patrick Long (USA) at Porsche’s double victory. “The days spent on this track were like a crash course in long distance racing for me. I’ve learned a great deal from the whole team.”

At the beginning of the season, Earl Bamber caused turned heads by promptly winning the season-opening round of the Porsche Mobil 1 Supercup on the Circuit de Catalunya near Barcelona. His second victory came on the demanding circuit in Belgium’s Spa-Francorchamps. “Porsche’s support has given me the chance of a lifetime as a race driver,” he said. “I felt I was in good hands right from the start, and this gave me a lot of confidence. I’ve met some great people and I’ve reached new levels in every aspect as a race driver this season.” He not only took on the challenges in the prestigious Porsche Mobil 1 Supercup, but also contested the Porsche Carrera Cup Asia as the reigning champion – and in the 75 Bernhard team under Porsche works driver Timo Bernhard, the New Zealander contests the Carrera Cup Deutschland for the first time. Bamber made a convincing start to the German brand trophy series by winning the season-opening round in Hockenheim. After notching up another victory on the Spielberg track in Austria, he withdrew from Germany’s fastest makes cup series due to conflicting schedules with the Carrera Cup Asia. There as well he left a lasting impression. Timo Bernhard commented: “It’s incredible how quickly Earl familiarises himself with new tracks and how he brought our team forward together with the engineers. It’s a pity he couldn’t finish the season. Earl was the guy to beat in the Carrera Cup Deutschland.”

Running since 2013, the Porsche Motorsport International Cup Scholarship is one of the most extensive and integrated youth development concepts in the automobile industry. Earl Bamber is the second very talented driver chosen from Porsche’s brand trophy series worldwide to receive funding of 200,000 Euro for the step up into the Porsche Mobil 1 Supercup. In a comprehensive selection process, in which the candidates must not only turn fast laps but also demonstrate their technical understanding and analytical skills in setting up the Porsche 911 GT3 Cup, he managed to beat seven other young hotshots. Now, Bamber looks set to take home two championship titles this season.

In the meantime, the search for his successor is in full swing. Over the last few weeks, nine hopeful young aspirants from eight countries took part in a shootout for the 2015 Porsche International Scholarship on the Circuit Ricardo Tormo in Valencia. They were nominated by their respective national Porsche one-make cup series. The winner will only be announced after a close analysis of the data. Earl Bamber already congratulates the winner in advance: “Whoever is chosen as my successor is one lucky guy. To be Porsche’s scholarship driver is a once-in-a-lifetime chance and he will be the envy of all young racers.” 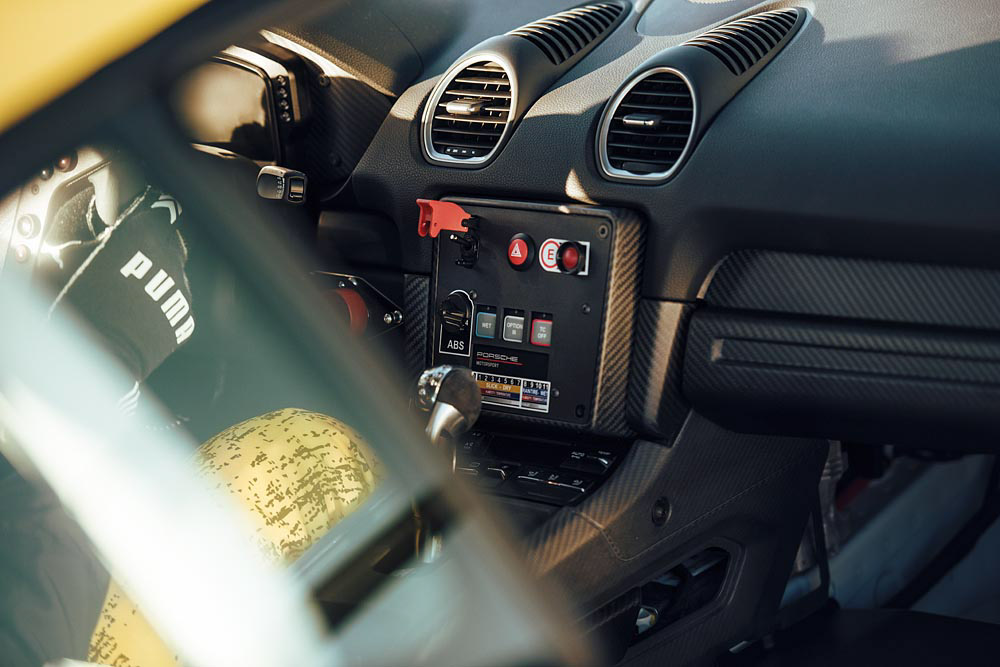