The defending champion Sebastian Job has scored his first win of the 2021 season at round two of the Porsche TAG Heuer Esports Supercup (PESC) in Barcelona. Representing the Red Bull Racing Esport team, the British driver won the 18-lap main race on the virtual Circuit de Catalunya in Barcelona. Joshua Rogers (Virtual Racing School) claimed second after a spirited charge through the field. Prior to this, the Australian had dominated in the qualifying and the sprint race. Rogers’s American teammate Mitchell deJong took over the points’ lead.

In a repeat of his feat from the season-opening round at Interlagos, Brazil, Joshua Rogers once again underlined his qualifying talent and posted pole position – the 18th time in the Porsche Esports Supercup for the 2019 champion. At the start of the sprint race, Rogers kept his cool and promptly snatched the lead, followed by DeJong, Dayne Warren (Australia, DirectForce Pro) and Collins (Great Britain, Virtual Racing School). This quartet led the field over the next nine laps, with the four separated for the most part by mere fractions of a second. The order remained unchanged, and, like in Brazil, Rogers clinched the first race of the day at Barcelona.

A mistake shortly before the flag cost Collins a top-three finish. Subsequently, he came under pressure from Sindre Setsaas (Norway, CoRe SimRacing) but managed to salvage fourth place. While Mack Bakkum (Netherlands, LEGO Technic Esports Team) and Martin Krönke (Germany, DirectForce Pro) secured positions six and seven, behind them, a gripping fight unfolded over the last few metres for the critical eighth place – due to the reverse grid line up for the first eight, he took up the main race from pole position.

With a catapult start, Sebastian Job pushed the leading Tommy Östgaard (Norwegen, Coanda Simsport) into making a mistake. However, the reigning champion had to relinquish his spot to Jeremy Bouteloup (France, Coanda Simsport), only to then have Maximilian Benecke (Germany, Team Redline) jump into the fray. Launching another do-or-die attack, Job snatched back eighth place.

The British sim racer made the most of his front grid spot in the main race. He won the sprint to the first corner, while Krönke and Bakkum lost a lot of ground. Setsaas moved into second place ahead of Collins and Warren. Rogers, who had taken up the race from eighth place as a winner of the sprint event, returned from the opening lap in fifth, with DeJong and Benecke in hot pursuit. While Job proceeded to eke out an advantage at the front, Rogers gradually fought his way up the order.

He also benefitted from the tyre problems that plagued Setsaas and cost him one position after another. After seven laps, the Australian was back in second place. The fact that he managed this feat over the distance despite deteriorating tyres was also thanks to his teammates Collins and Warren: they avoided making any risky moves.

Fifth place went to DeJong ahead of Setsaas and Alejandro Sánchez (MSI eSports). Shortly before the flag, the Spaniard swept past DeJong with a spirited outbraking manoeuvre and torpedoed Maximilian Benecke in the process. The German lost his hard-won fifth place and ultimately concluded round two of the season on tenth. Porsche Junior Ayhancan Güven (Turkey, Coanda Simsport) finished the sprint race in 39th after being shunted by a competitor and ploughed through to take 20th in the main event.

After two of ten race weekends on the 2021 Porsche TAG Heuer Esports Supercup calendar, Mitchell deJong takes over the lead of the drivers’ standings with 124 points, followed by Joshua Rogers (118), Dayne Warren (107) and Maximilian Benecke (86). With 72 points, Sebastian Job ranks seventh after a fluffed PESC start.

Next up: Round three of the 2021  Porsche TAG Heuer Esports Supercup championshup at Imola

The 40 sim racers will tackle the third race weekend of the Porsche TAG Heuer Esports Supercup with their digital 911 GT3 Cup at the Autodromo Internazionale in Imola, Italy, on 30 January.

Comments after the Esports Supercup Races in Barcelona

Sebastian Job (GB/Red Bull Racing Esports): “The first lap of the sprint was perhaps the best I’ve ever had. I was able to tick off one place after the other and I finished on eighth – despite making a minor mistake in my final overtaking manoeuvre – which I’m not particularly proud of. Taking up the main event from pole position, I was able to control the race well.”

Joshua Rogers (AUS/Virtual Racing School): “Turn 1 after the start in the main race was a little hairy, I had to choose my line carefully – otherwise, you end up upside down on the track instead of earning critical points. I was particularly careful with my tyres and I’m very pleased with my performance and the result. The fight with Charlie Collins and Dayne Warren was great fun.”

Charlie Collins (GB/Virtual Racing School): “Third place feels really good. Dayne Warren, Joshua Rogers, Mitchell deJong and Sebastian Job are incredibly fast, so this result is a big surprise for me. Joshua simply played with me in the slipstream. I struggled with the rear tyres in the last eight laps of the race.”

Here, you can find the standings of the 2021 Porsche TAG Heuer Esports Supercup championship after the Barcelona races. 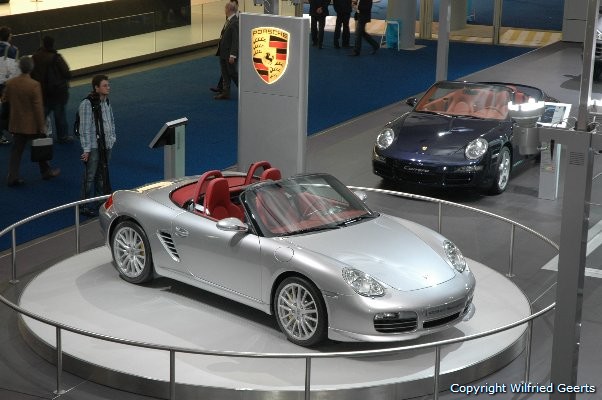