Germany’s Michael Ammermüller (Lechner MSG Racing Team) is the man of the moment in the Porsche Mobil 1 Supercup. The 31-year-old seasoned Porsche specialist won round six of the championship in Hungary on Sunday and leads the overall classification after four victories so far this season. “When you start from pole position at the Hungaroring it gives you a good foundation. But at the start Dan Cammish suddenly swept past me. I eventually managed to overtake him later on. I’m happy that I was able to extend my points lead,” said the satisfied Ammermüller. Positions two and three went to the Porsche Junior Dennis Olsen (N/Walter Lechner Racing Team) and Daniel Cammish (GB/Lechner MSG Racing Team).

Spectators on the packed grandstands witnessed plenty of gripping race action from the 30 competing Porsche 911 GT3 Cup. Overtaking manoeuvres and thrilling door-to-door duels underlined just how close the competition is in the Porsche one-make race series. When the lights went out, Cammish promptly overtook pole-sitter Ammermüller, who initially had to settle for second place. Olsen, too, had to relinquish his third position to Robert Lukas (PL/Olimp Racing) at the start. However, when Lukas lost concentration briefly in lap four, the Norwegian grabbed his chance to reclaim third. The order until lap eight was Cammish, Ammermüller and Olsen. “My start was good and I got past Michael. But after several laps his car improved and when he then launched his offensive in the eighth lap I thought: just don’t crash. We gave each other room and he then overtook me,” explained Cammish.

Once Ammermüller was in the lead, Olsen then saw his chance to pass Cammish in lap eleven. And this is how the podium steps were allocated. “Unfortunately I took an unfavourable line after the start and lost one position. But it was obvious to me that tyre management plays a major role here so I waited for my chance to pounce. Second place has earned me important points towards the championship and I’m now looking forward to the race in Spa,” said Olsen.

Position four after 61.294 kilometres went to Robert Lukas (Olimp Racing) from Poland, with Italian Mattia Drudi (Dinamic Motorsport) on fifth ahead of Dylan Pereira (Lechner Racing Middle East) from Luxembourg. Philip Morin (S/Martinet by Almeras) managed to make up the most places during the race. Starting from 20th on the grid, he ploughed through the field to take home points for seventh place. As the best B-class driver, Roar Lindland (N/MRS Cup-Racing) secured an impressive eighth in the overall classification and victory in the amateur category.

Porsche Junior Thomas Preining (A/Konrad Motorsport) celebrated his debut in the Porsche Mobil 1 Supercup, and finished 11th in the 30-strong field. “I was running on eight until lap twelve but then I had a collision with another vehicle. In the end I was eleventh. But for my first Supercup race on an unfamiliar racetrack I’m very pleased,” said the 19 year old. Luck was not on the side of Porsche Junior Matt Campbell (AUS/Fach Auto Tech) on this race Sunday: In the prestart, his clutch failed and he had to start from the pit lane. “I could drive without the clutch, but of course it was frustrating to lag behind the rest of the field,” said Campbell. After a spirited charge he ultimately finished on 17th.

In the championship, Ammermüller extends his points lead. He currently has 116 points to his credit ahead of Olsen (102) and Cammish (86). In the special category for amateur drivers, Lindland leads with 116 points. Position two in this class is occupied by Egidio Perfetti (NL/MOMO Megatron Team Partrax) with 94 points. 88 points puts Roland Bervillé (F/Martinet by Almeras) on third place. Germany currently ranks first in the Nations League, with positions two and three occupied by Norway (102) and Great Britain (87).

Next up on the Porsche Mobil 1 Supercup calendar is the double-header event in Belgium’s Spa-Francorchamps. Races seven and eight will be contested from 25-27 August on the 7.004-kilometre-long rollercoaster in the Ardennes.

Eight pilots fight to advance to the Porsche Mobil 1 Supercup

Podium for Porsche at Silverstone – victory in the GTE-Am class 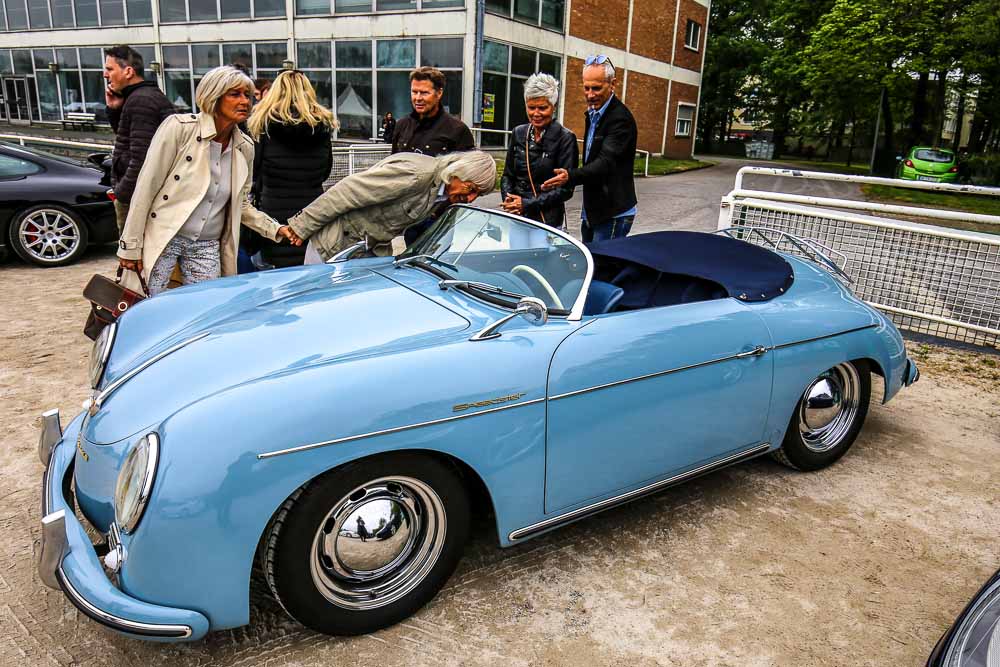