The Porsche Mobil 1 Supercup contests its 30th season exclusively as a support series to European rounds of the FIA Formula 1 World Championship. Eight races make up the calendar. The season-opening round will be held at the Gran Premio Dell’Emilia-Romagna in Imola (Italy) on 24 April 2022.

There, the five-time motorcycle world champion Jorge Lorenzo will make a guest appearance. The 34-year-old Spaniard will drive the No. 911 VIP car fielded by Porsche Motorsport. Lorenzo will also be a regular participant in the Italian Porsche Carrera Cup. At the Supercup pre-test in Imola, he familiarised himself with the ca. 375 kW (515 PS) strong Porsche 911 GT3 Cup.

“After the end of my MotoGP career, I missed the competition, so I went looking for something safer than motorcycle racing. Last year I contested a few virtual races in the esports version of the Porsche Carrera Cup Italia. Switching to the real Porsche 911 GT3 Cup was the next step,” says Lorenzo with a twinkle in his eye, as he describes his motivation for switching from two to four wheels. “I still have a lot to learn but I’m really looking forward to the Porsche Carrera Cup Italia and the Porsche Mobil 1 Supercup.”

The Porsche Mobil 1 Supercup will head into its 30th season as support to the Formula 1 race in Imola. “The test was a great introduction to the upcoming season, which once again provides excellent sporting values. Top drivers from past years are back and they’ll encounter some really fast newcomers,” comments Oliver Schwab, Project Manager Porsche Mobil 1 Supercup.

“And we’re also shifting up a gear in terms of sustainability. In addition to the bio-based fuel that we introduced to the Supercup in 2021, we now have established our own environmental management. This means we’re working even harder to further reduce our ecological footprint.”

Including Jorge Lorenzo, 35 drivers from 13 countries took part in the two-day pre-season test at Imola to prepare for the start of the Supercup season, which again takes the Porsche 911 GT3 Cup to the Autodromo Enzo e Dino Ferrari.

Larry ten Voorde aims for 3rd title in a row

As the champion of 2020 and 2021, Ten Voorde will attempt to claim his third title in a row. “The grid line-up is extremely strong. The fact that a three-time champion like Michael Ammermüller is returning speaks for the Supercup and makes things even more interesting for me,” explains the 25-year-old Dutch racer.

Michael Ammermüller achieved a title hat-trick during the Porsche Mobil 1 Supercup seasons 2017 to 2019. For the past two years, the 36-year-old Bavarian has contested the ADAC GT Masters where he clinched the title in 2020 with the Porsche 911 GT3 R. “The Supercup is simply a fantastic racing series. The great thing is that everyone drives technically identical cars. That means there are no ‘balance of performance’ discussions. The 992-generation Porsche 911 GT3 Cup is new for me. I hope I can quickly get up to speed with the experience advantage that the others have,” states Ammermüller. 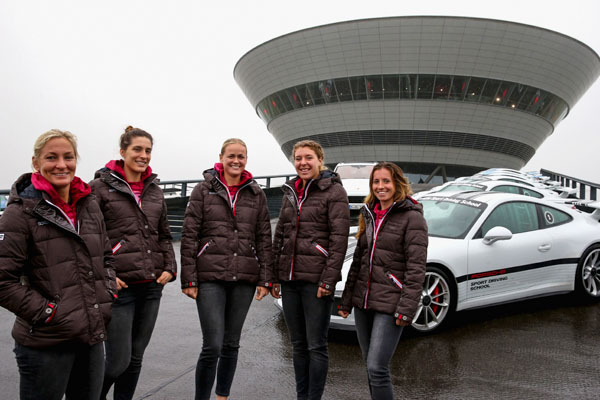