Porsche AG fields two new 911 RSR based on the 991 model generation at this year’s Le Mans 24 Hours and in the World Endurance Championship. Entry for the newly developed vehicles sporting the starting numbers 91 and 92 was confirmed for the GTE class by the organisers ACO and FIA today in Paris. The factory squad “Porsche AG Team Manthey” will run both 911 RSR race cars.

Contesting the event in the #92 Porsche 911 RSR are Porsche works drivers Marc Lieb (Germany) and Richard Lietz (Austria). The pair has already shared a cockpit in last year’s WEC. At the first two rounds of the season in Silverstone (14 April) and Spa (4 May) as well as at the Le Mans 24 hour race (22 June) they will receive reinforcement from their works driver colleague Romain Dumas (France). Works drivers also pilot the number 91 sister car: Joerg Bergmeister (Germany) teams up with Patrick Pilet (France). In Silverstone, Spa and Le Mans the duo are joined by Timo Bernhard (Germany).

Additionally, the customer teams IMSA Performance Matmut and Felbermayr Proton have received a starting place in the WEC and at Le Mans, fielding the predecessor model Porsche 911 GT3 RSR in the GTE-Am category. At the wheel of the IMSA Matmut 911, Raymond Narac (France) shares driving duties with Jean-Karl Vernay (France) who contests the Porsche Mobil 1 Supercup with backing from Porsche AG this year. Vernay is the reigning champion of the Porsche Carrera Cup France.

The customer team Dempsey Racing-Proton is also delighted with its acceptance to contest the Le Mans 24 Hours. Hollywood star Patrick Dempsey, who is known especially for his role as “McDreamy” in the hit television series Grey’s Anatomy, already contested the Le Mans race in 2009 and now climbs back into the cockpit.

“We are very much looking forward to returning to Le Mans with a works team from Porsche for the first time since 1998,” says Porsche Head of Motorsport, Hartmut Kristen. “The new 911 RSR performed well in earlier tests and is already proving extremely reliable on the track. Between them, our six pilots have scored eight class wins in Le Mans and have a great deal of experience with different 911 race cars. And our customer teams in the GTE-Am class are also well prepared for the 2013 season.” 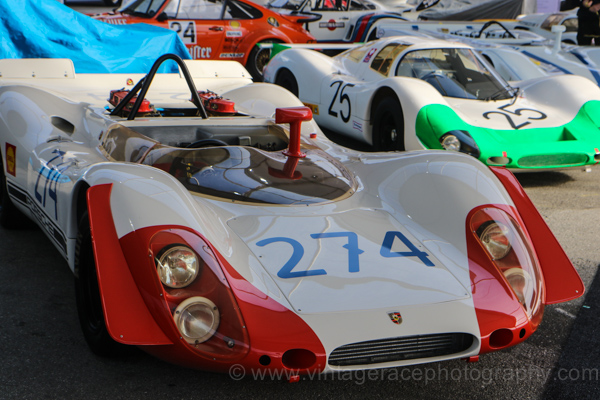