On the 6.973-kilometre circuit, Michael Ammermüller (D/Lechner Racing Middle East) posted pole position at midday Saturday. But the first grid spot failed to bring the Bavarian luck. At first, the 29 year old held the lead after the start, but after lap three his Porsche lost pace and without warning hit the tyre barrier. “We have to see what was going on. Luckily I’m okay,” explained Ammermüller. Eng profited from the incident and inherited the lead. The safety car had to be deployed and once the race went green again the front runners stayed bunched together. Müller, who had started from fourth, sat behind Eng in position two and put him under pressure. The Porsche Junior made his move to overtake in lap seven, Eng missed the braking point and opened the door for Müller to get past. With this feat, the 23 year old drove to victory.

After six of eleven races, Eng continues to lead the championship with 98 points ahead of Christian Engelhart (D/MRS GT-Racing, 82 points) and Alex Riberas (E/The Heart of Racing by Lechner, 74 points). “Of course I would rather have won, but ultimately it’s the points that count. I take up race seven on Sunday from pole position and first someone has to be able to get past me,” said a determined Eng. Clinching third, Zöchling climbed the podium for the second time this season after his win at Spielberg, Austria. Supercup rookie Côme Ledogar (F/Martinet by Almeras) took the flag in fourth ahead of Porsche specialist Engelhart. Britain’s Ben Barker (Momo-Megatron Team Partrax) occupied position six. Seventh place went to Jeffrey Schmidt (The Heart of Racing by Lechner) from Switzerland, with Porsche Junior Matteo Cairoli (I/Market Leader Team by Project 1) claiming eighth. “I’m not particularly happy with this result. It simply didn’t work today and now I’m hoping for the next race on Sunday,” said a disappointed Cairoli. Porsche Junior Connor de Phillippi (USA/VERVA Lechner Racing Team) crossed the finish line in 18th: “Someone hit me in the first lap and that’s frustrating. It wasn’t our day.”

Two famous guest drivers performed impressively at their Porsche Mobil 1 Supercup appearance. The nine-time World Rally Champion Sébastien Loeb (F/Sébastien Loeb Racing) took up the race from 20th on the grid to finish 13th after spectacular overtaking manoeuvres. Actor and race driver Patrick Dempsey started from position 30, at one point was running in 26th, and was ultimately flagged off as 29th out of a 33-strong field. “This race was huge fun and I enjoyed some great duels. Now I’m looking forward to the second race on Sunday,” said Dempsey.

Actor and Porsche ambassador Richy Müller presented the trophy at Spa. The “Tatort” detective for the German television station ARD will also witness Sunday’s race. Race seven of the top-league series of Porsche’s 20 one-make cups worldwide, run as support to Formula 1 races, will be televised live with a pre-race reportage by Sky Deutschland from 11.30 hours. Eurosport 2 broadcasts the race live at 11.45 hours.

Points standings after 6 of 11 races
Drivers 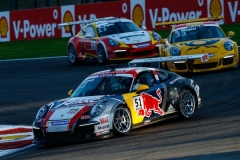 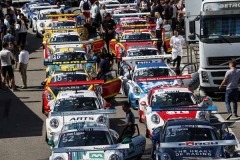 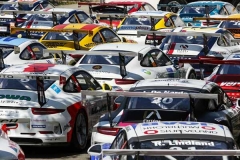 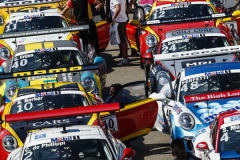 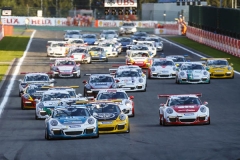 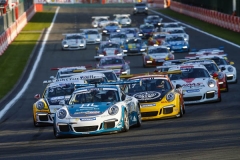 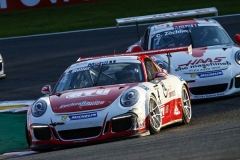 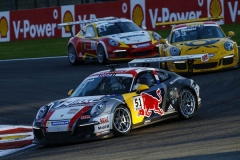 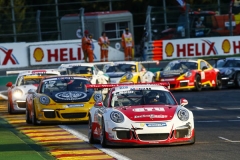 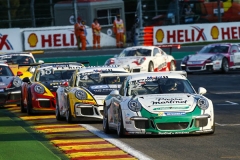 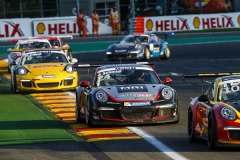 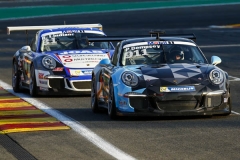 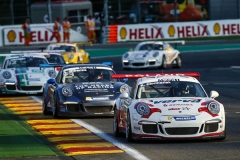 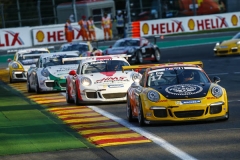 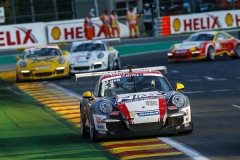 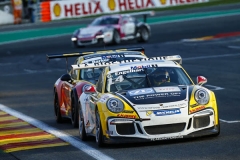 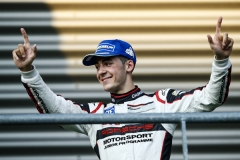 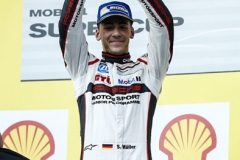 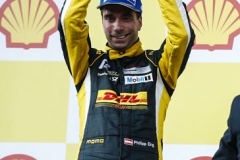 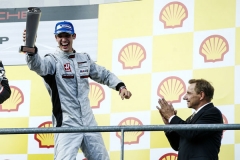 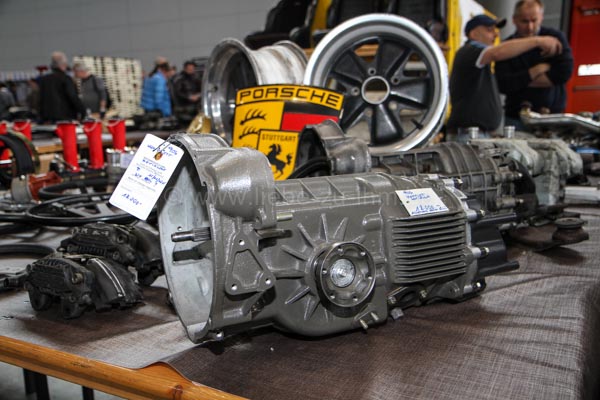