For the presentation of the 919 Hybrid LMP1 racing car at the pre season test of the FIA World Endurance Championship (WEC) 2017 in Monza, Italy, Porsche gathered its most powerful hybrid models in one place for the first time. The meeting of high-tech sports cars took place on the start and finish line of the renowned race track in the royal park near Milan.

The future of sports cars is electrifying: With the 911 GT3 R Hybrid and the 919 Hybrid, a two-time winner at Le Mans, Porsche has proven this both on the race track and with its series-production models. With the launch of the 652 kW (887 hp) 918 Spyder in 2013, Porsche announced a new era of super sports cars: In addition to a 4.6 litre eight-cylinder engine, it also had two electric motors. Together, the powertrain units allowed for breathtaking driving performance. With the new Panamera Turbo S E-Hybrid, Porsche has once again set a new course.

For the first time, a plug-in hybrid vehicle represents the top of its model line. Already, the first four-seater sports car in the history of Porsche to have a purely electric powertrain is on the horizon, and is due to be launched before the end of the decade. The Mission E concept study, which Porsche presented at the Frankfurt IAA 2015, provided the blueprint for this project.

The hybrid performance pioneers emphasise the great importance of electrification; at Porsche, innovation is a tradition. Porsche views this new type of “E-Performance” – more power, more driving enjoyment, lower fuel consumption and reduced exhaust emissions – as the performance kit of the future. From the very beginning, Porsche saw hybrid technology not only as essential to sustainable mobility, but also as a particularly high form of efficiency. In as early as 1899, Ferdinand Porsche designed the Lohner-Porsche “Mixte”. With its combination of battery-powered electric drive and a combustion engine, it is considered to be the world’s first standard hybrid car.

Porsche claims the title in the Intercontinental GT Challenge at the final race in Kyalami.

Two podium spots for Porsche 911 at season-opener in Florida 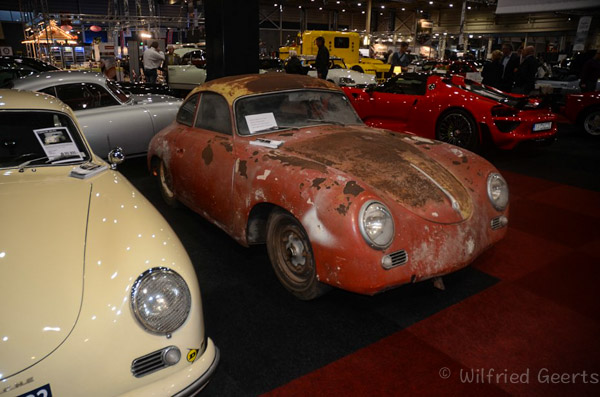