The Porsche customer team WeatherTech Racing has successfully concluded its first campaign with the Porsche 911 RSR in the IMSA WeatherTech SportsCar Championship. Works driver Kévin Estre from France and the American Cooper MacNeil claimed the third podium step in the GTLM class at the qualifying event for 24 Hours of Daytona. In the GTD category for vehicles complying with GT3 regulations, Pfaff Motorsports achieved an even better result. The Belgian works driver Laurens Vanthoor and his Canadian teammate Zacharie Robichon planted their Porsche 911 GT3 R on second place in the race over one hour and forty minutes.

This was the first time that the grid line-up for the tradition-steeped 24-hour race in Florida was determined by a separate qualifying race. Consequently, the mood on the initially wet 5.73-kilometre racetrack was assertive and at times aggressive. Heavy rain about one hour before the start of the 100-minute race made conditions difficult early on. In the first half of the race, clever strategies and strong performances proved decisive in a successful result for the amateur drivers. In the end the Porsche customer teams competing in the 2021 Daytona 24H put down very satisfying results.

Cooper MacNeil drove the first stint in the ca. 515 hp Porsche 911 RSR with the starting number 79. The experienced American kept out of any trouble and after about 30 minutes returned unscathed to the pits for a driver change running in sixth place. The decision to pit early under safety car conditions was spot on. Kevin Estre even managed to take the lead of the fiercely-contested GTLM field until 15 minutes before the flag. A scheduled refuelling stop relegated the American customer squad, run by the Proton Competition team, to third place. The 911 RSR will take up the 24-hour race on 30 January from this grid position. “We’re very happy with this result,” said Steffen Höllwarth, Head of Operations GTLM. “We weren’t the fastest in the qualifying race, but we worked our way up the order with clever tactics. These three days at Daytona were very informative.”

The Canadian customer team Pfaff Motorsports used the same strategy in the GTD class. Robichon put in an inspired drive on the slippery track in the early phase at the wheel of the No. 9 Porsche 911 GT3 R and powered through to third place. Works driver Laurens Vanthoor made up more positions in the second half of the race and crossed the finish line just four seconds behind the class winners. Works driver Patrick Long and his American compatriot Ryan Hardwick achieved ninth place for Wright Motorsports after being shuffled down the starting grid and receiving a pit stop penalty.

“After the strong qualifying performance on Saturday with pole position going to Wright Motorsports, the Pfaff Motorsports customer team did a good tactical job and fought their way up to second place,” says Sebastian Golz, Project Manager Porsche 911 GT3 R. “This is a very good result for our Canadian partner. We’re ready for the first highlight of the 2021 year at Daytona.”

Meanwhile, bad luck plagued the Hardpoint EBM team. Denmark’s Christina Nielsen ended up in the barriers with her 911 GT3 R after a shunt in the early phase. The subsequent repairs cost the No. 88 car two laps. Factory driver Earl Bamber from New Zealand took the flag in the 500+hp GT3 car in 14th place. The TGM customer team opted against competing in the qualifying race. Under the difficult conditions, the squad, which tackles Daytona with four American amateur drivers, wanted to avoid any risk of damaging the No. 64 Porsche GT3 R and at the same time knowingly accepted starting from the last grid position on race day.

Drivers’ comments on the qualifying race of the 2021 Daytona 24H

Kévin Estre (Porsche 911 RSR #79): “It’s a great result for us. Third place was the most we could do today. The team implemented a perfect strategy, and we put in a flawless drive over the entire race. I’m thrilled for the WeatherTech Racing and my teammate Cooper MacNeil about this first outing. We also learned a lot in the qualifying race under changing conditions with wet tyres and slicks.”

Laurens Vanthoor (Porsche 911 GT3 R #9): “This was a great practice session for the 24-hour race with our team. We’re very pleased with second place and we’ll gladly take that grid spot this coming weekend. On top of today’s result, it’s important that during the day we discovered where we can make improvements to our car for the endurance race. We’ll now implement these findings.”

Patrick Long (Porsche 911 GT3 R #16): “The qualifying race was really chaotic with heavy traffic and a slippery track at the beginning. Unfortunately, we misinterpreted the information from the race director and overtook during a safety car phase. We were one of many teams that were handed a penalty. I’m a bit disappointed, but I’m still proud of our team. We’ve learned a lot for the upcoming race.”

Earl Bamber (Porsche 911 GT3 R #88): “The accident at the start was bad luck. This can happen in close fights on a wet track. Running two laps behind in a relatively short race meant there was no chance of catching up. We’re now starting the big season opener from 14th place. It’s not ideal, but it’s not that critical in a 24-hour race either. What’s more important is that the team is well prepared. In this respect, we’ve learned a great deal today.”

The endurance classic in the city where the famous NASCAR racing series was founded will take off on 30 January at 3.40pm local time (9:40pm CET). The season-opening round of the IMSA WeatherTech SportsCar Championship can be viewed free of charge outside the USA and Canada on www.imsa.com

Podium for Porsche at Lime Rock Park in Lakeville/USA 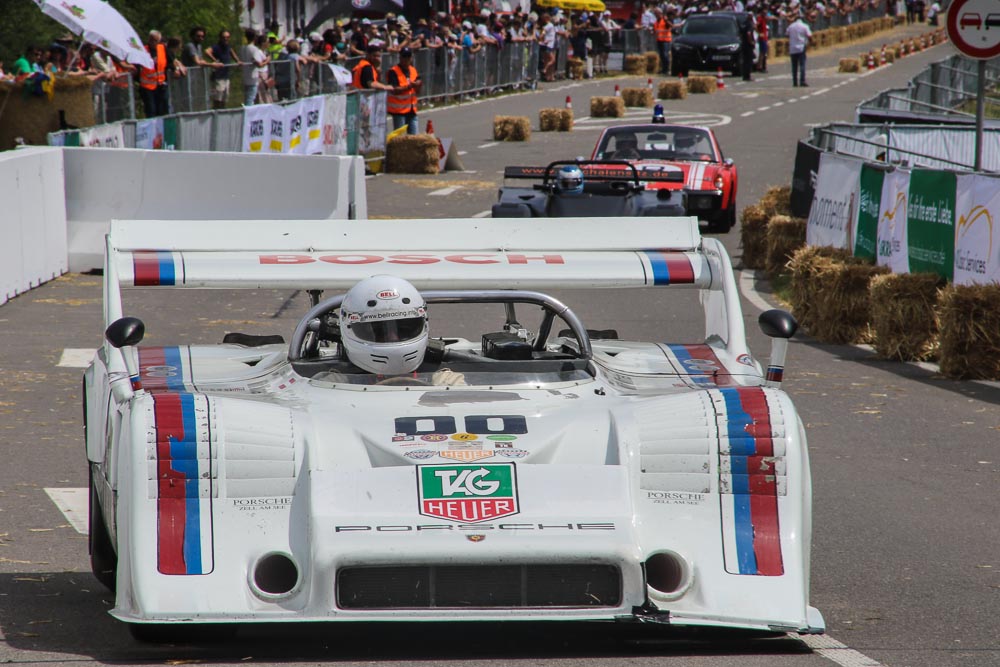