Porsche introduced the 911 Targa at the International Motor Show in Frankfurt in September 1965. The Targa is neither a cabriolet nor a coupé, neither a hard top nor a saloon. The Targa is something completely new: the first safety cabriolet in the world with a fixed safety or roll bar. Driving in the open air can now be enjoyed like never before in open-top cars in a variety of different ways thanks to a removable folding roof and a fold-down plastic rear window. In the Porsche Targa, one can drive completely closed, fully open or just with the centre roof section removed or the rear window folded down. The Targa concept was the starting signal for a totally different kind of Porsche driving experience. It would not only be featured  in all future 911 generations. Subsequently other cars,  such as the Porsche 914 or the Porsche Carrera GT, had the Targa roof too. Since the introduction we have seen a whole history of the Porsche Targa.

Named after the Targa Florio

With the new concept, Porsche was responding to increased safety requirements for open-top cars in the American market. That countered voices calling for cabriolets to be completely banned in the United States. When deciding on a name for the model, consideration was given to race tracks where Porsche has been particularly successful. That quickly leaded to Targa Florio – the road race in Sicily where Porsche has enjoyed great motorsport success since the mid 1950s. Legendary is the victory of Vic Elford and Umberto Maglioli in 1968  in the Porsche 907. For a short while, “911 Flori” was under discussion. Head of Domestic Sales Harald Wagner questioned that and asked  “Why don‘t we just call it Targa?” The Italian term also means “number plate”. Legend has it that this only came to light when the copywriters were working on the sales brochure.

In August 1965, Porsche applied for a patent for the Targa concept. From autumn 1966 the Targa supplemented the Coupé for the 911, 911 S and 912 with resounding success. From the late summer of 1967, the Targa models could also be optionally ordered with a fixed and heated rear window made of safety glass in place of the fold-down plastic rear window. A solution that became standard equipment just a year later and which remained a feature of the targa more or less unchanged until 1993.

A range of Targa options for the G series models

The Targa also remained a fixture of the product range for the second 911 generation, the G series models built from the late summer of 1973. For the first time, the 911 body was sustainably modified. It now featured new box-shaped bumpers with black bellows on the side, in line with new legislation in the United States. They were able to absorb impacts up to speeds of 8 km/h without any damage to the body. No changes were made to the technical Targa roof design. The visual appearance was modified, however, with the previous durable brushed stainless steel Targa roll bar now also available in black. Even when the 911 SC cabrio was included in the range in January 1983, once again a Porsche that could be driven with a fully open top, the targa remained a fixed constant – even beyond the end of G series production in 1989.

Type 964 with 85 percent new parts, but the Targa remains a classic

As early as the autumn of 1988, Porsche introduced the first all-wheel drive 911 with the 911 Carrera 4 Type 964, making it the third generation of the iconic sports car from Zuffenhausen. Porsche retained the classic body shape of the 911. Underneath about 85 percent of all the parts were new. Just a year later, a variant with classic rear-wheel drive was also available in the form of the 911 Carrera 2. All three body types could also be ordered: Coupé, Cabriolet and Targa. The 911 Carrera 2 Targa and 911 Carrera 4 Targa, built until 1993, still had the classic Targa roll bar and the removable roof centre section. A total of 87,663 Targa models were built within the first three 911 generations.

The fourth generation of the 911 Type 993 was introduced in autumn 1993 in combination with a new body design, with the development of a new Targa concept from November 1995. For the first time in the history of the Porsche 911, the front wings were wider and significantly flatter. The rear wings were also wider and ran in a straighter line to the rear. As well as extensive enhancements to the engine and chassis, generation 993 took the Targa idea in a completely different direction, without the Targa roll bar.

The roof, made of tinted heat-insulating glass, runs from the front window frame to the rear. It is now encased within a longitudinal safety structure. Divided into electrical moving segments, it opened smoothly at the push of a button and retracted behind the rear window like a wide sliding roof. The main benefits of the new solution included reduced wind noise with a sun-drenched interior when the roof was closed. A continuing characteristic of this Targa: the tapered rear windows. The new Targa concept of the 993 series combined open-top driving pleasure with the 911 for the first time, without fundamentally changing the classic coupé roofline.

Porsche presented the fifth 911 generation with the 911 Carrera Type 996 in 1997.  The designeres drawed a  a completely new design for the Porsche 911. From now on it relied on water-cooled six-cylinder boxer engines. The Targa was available from December 2001 alongside the Coupé and Cabriolet. Just like its predecessor, the 911 Targa had an electrically operated glass roof. The Targa roof had a surface area of more than 1.5 square metres. There had never before been that much glass surface area in a Porsche 911. The new Targa was also the first 911 to provide a rear window that could be folded up. This made it easy to access the rear storage compartment with up to 230 litres storage space to load suitcases, bags or other luggage.

September 2006 saw the introduction of the 911 Targa belonging to the now sixth 911 generation, type 997. In principle, it had the same Targa roof design as its predecessor, but with an additional practical rear lid. However, the use of special glass made it possible to reduce the weight by 1.9 kg, and two high-gloss polished aluminium strips along the edges of the roof were especially eye-catching. In addition, the 911 Targa was now only available in the two all-wheel drive variants – the 911 Targa 4 and the 911 Targa 4S.

In September 2011, Porsche introduced the seventh and fully redesigned 911 generation. Following the coupé and cabriolet body variants, the Porsche 911 Targa was presented in January 2014, cast as a modern classic with its innovative Targa roof. The classic Targa idea was successfully combined with state-of-the-art roof convenience for the first time. Just like the legendary original Targa, the new model had the characteristic wide bar in place of B-pillars, a moving roof section above the front seats, and a wrap-around rear window without a C-pillar. But unlike the classic models, the roof was opened and closed in the new Targa at the push of a button. The fully automatic roof system spectacularly hid the hardtop element behind the rear seat system. The new 911 Targa represented a high-end, innovative new edition of the 1965 classic.

Porsche presents the new 911 Targa to the world public for the first time in its own Web TV format. At www.911-magazin.porsche.com/de, the head of the 911 and 718 series, Dr. Frank-Steffen Walliser, together with Porsche brand ambassadors Maria Sharapova and Jörg Bergmeister, provide information about the innovations of the new sports car. From today on, the second episode looks back into the history of Porsche, and the elements of which that have inspired the world premiere of the second of the new models: an exclusive, limited edition that combines modern vehicle technology with design elements from the past. In response to the global ban on events due to the coronavirus, the sports car manufacturer will thereby be presenting its new models to journalists and fans in virtual format for the first time.

Picture gallery of the Porsche Targa 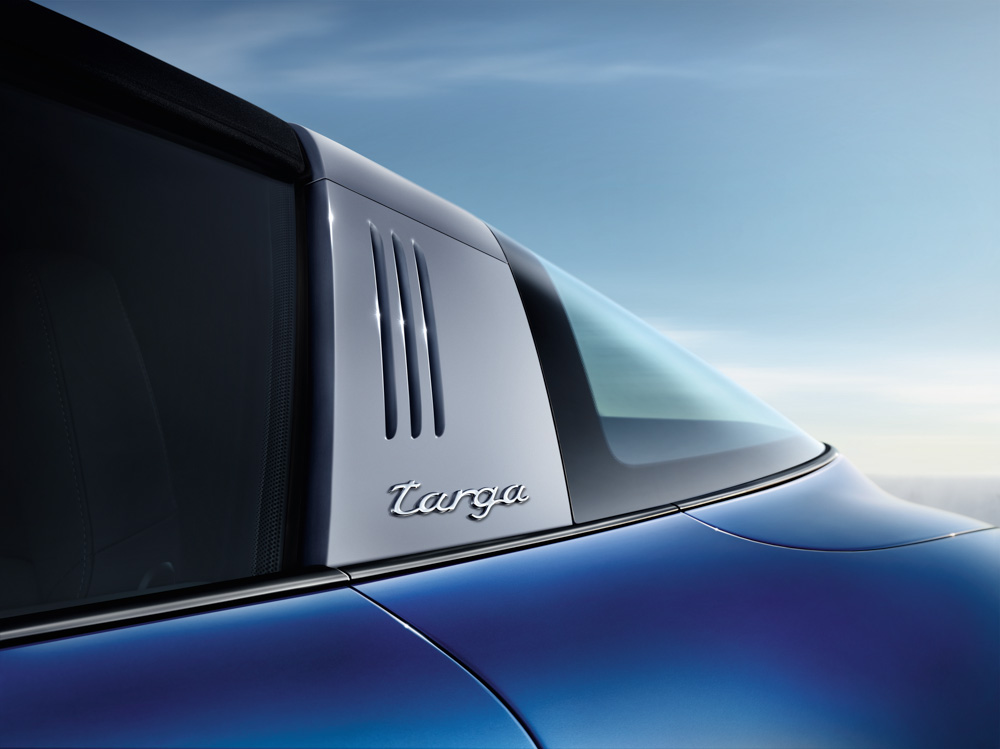 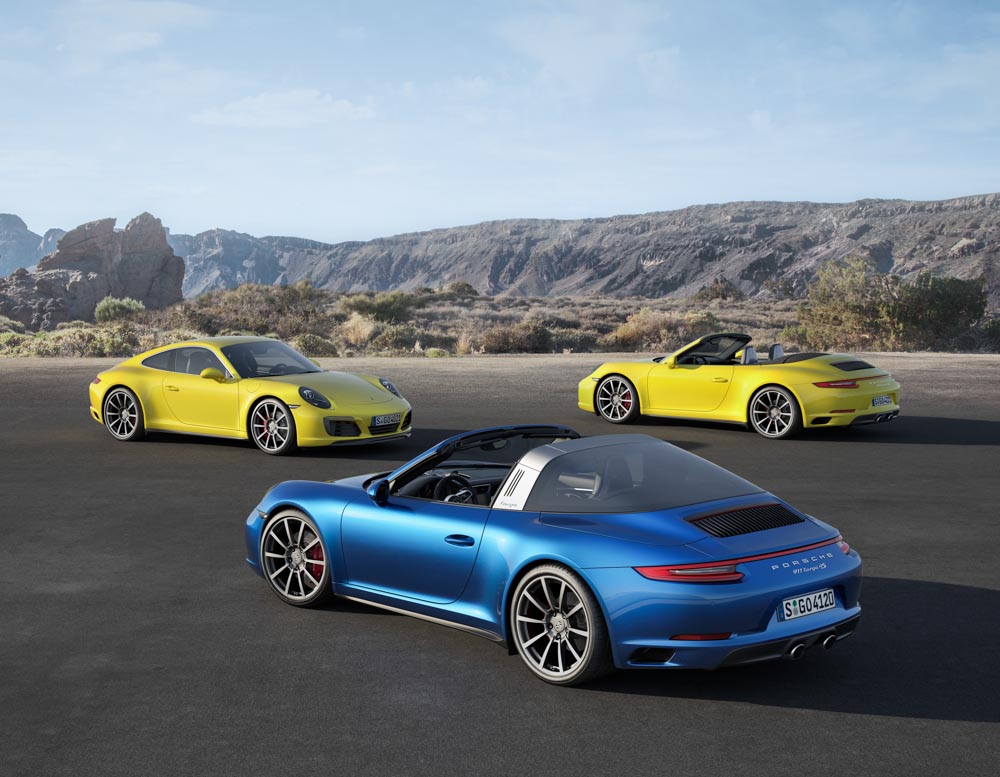 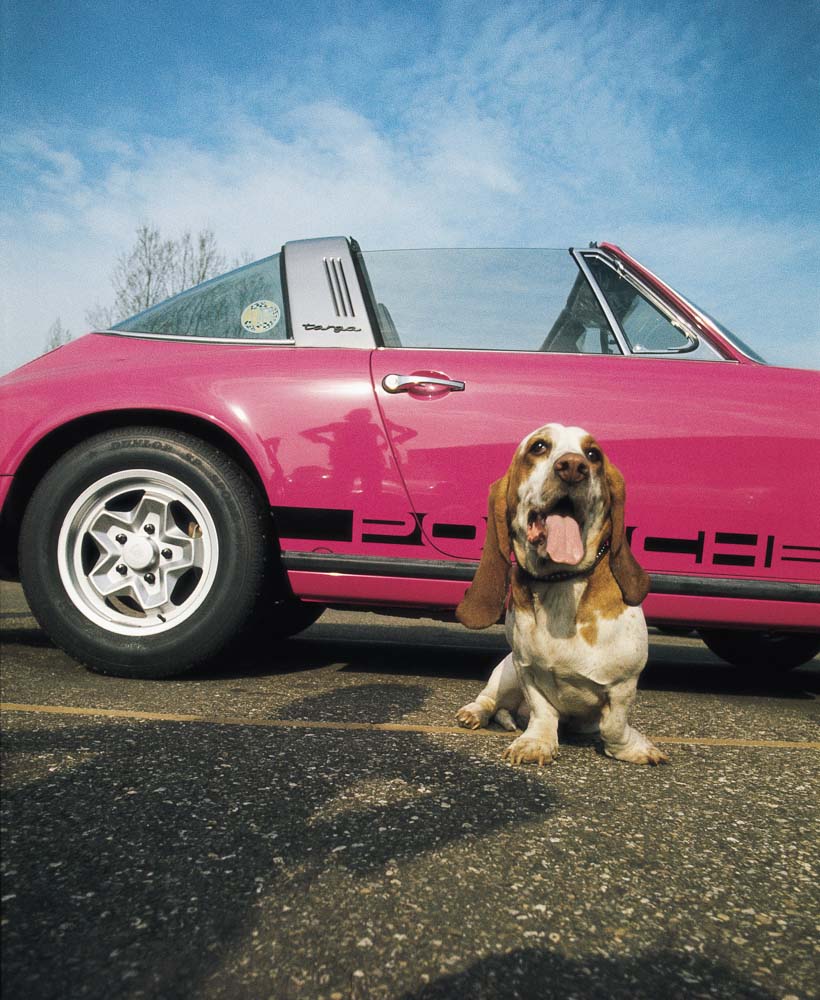 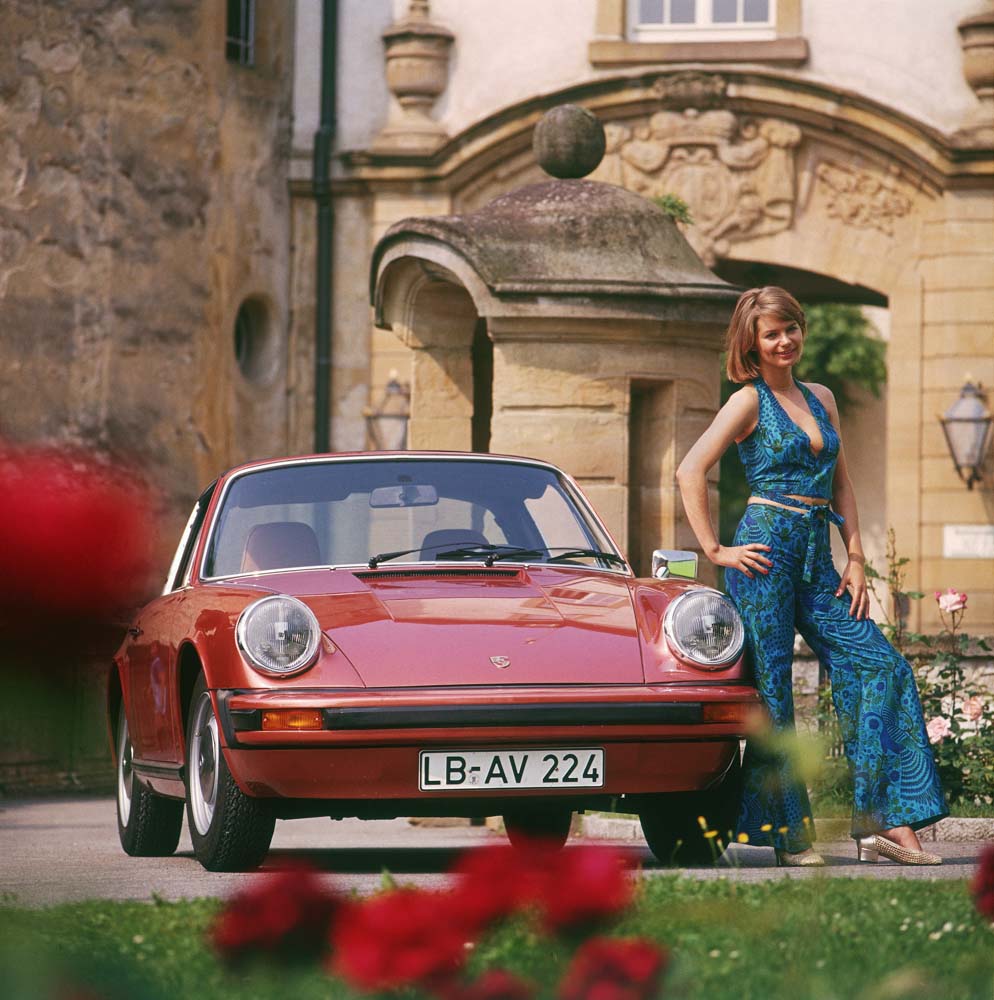 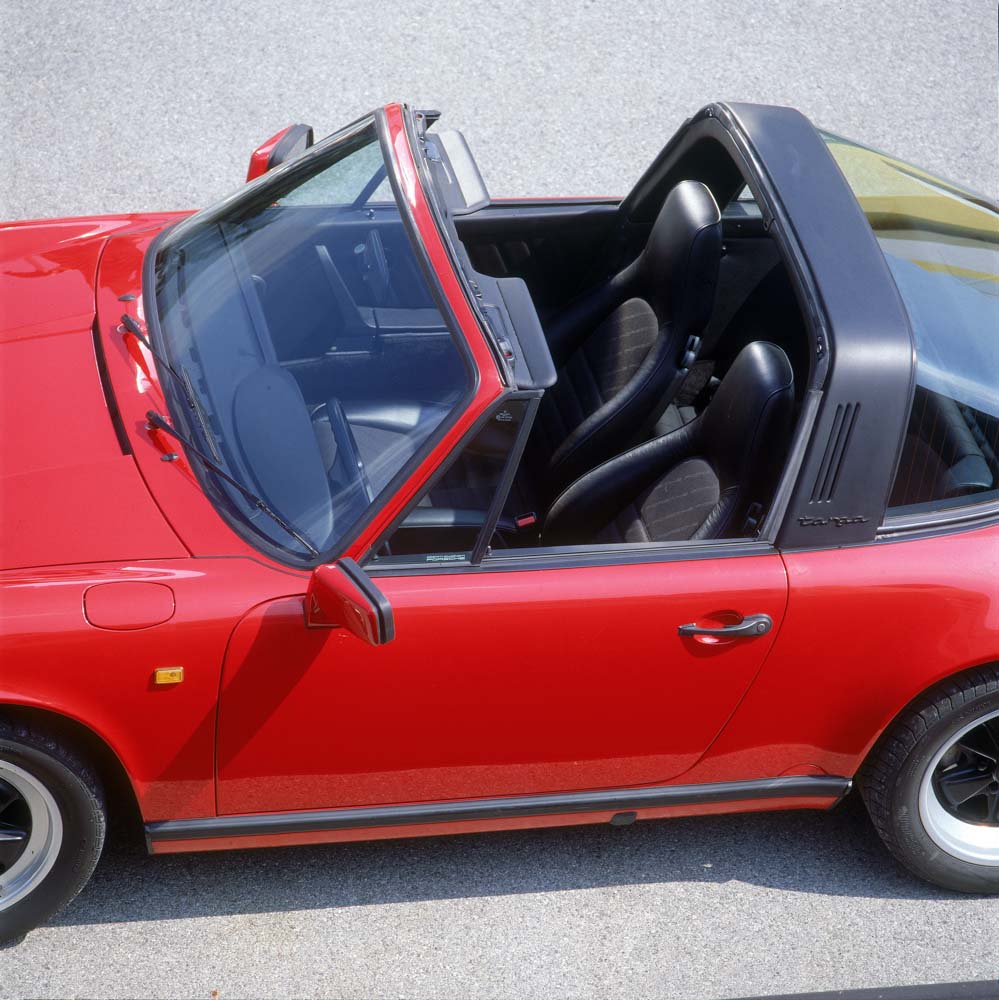 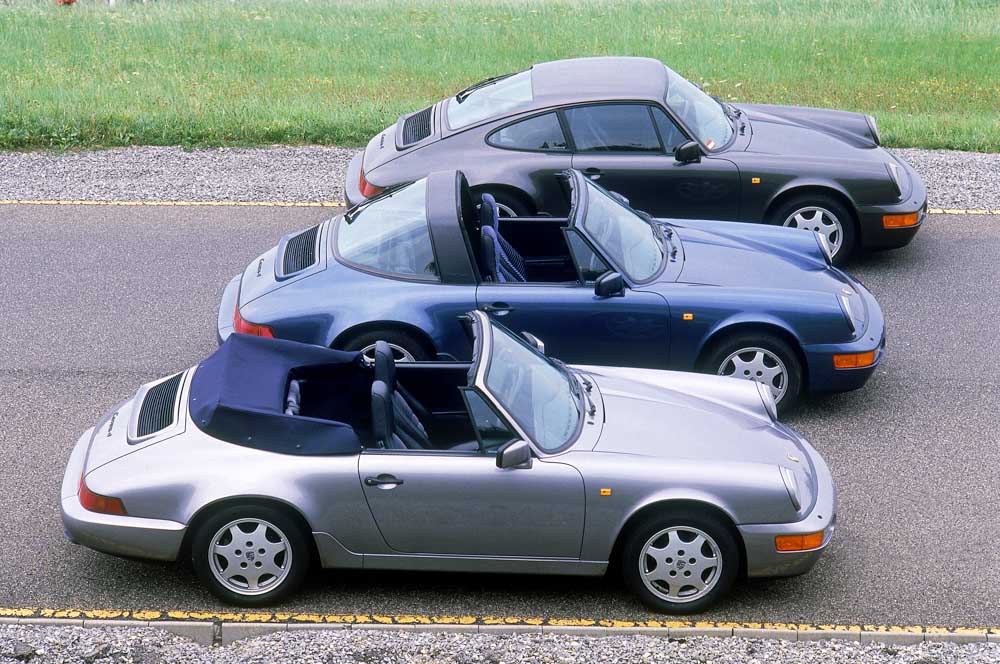 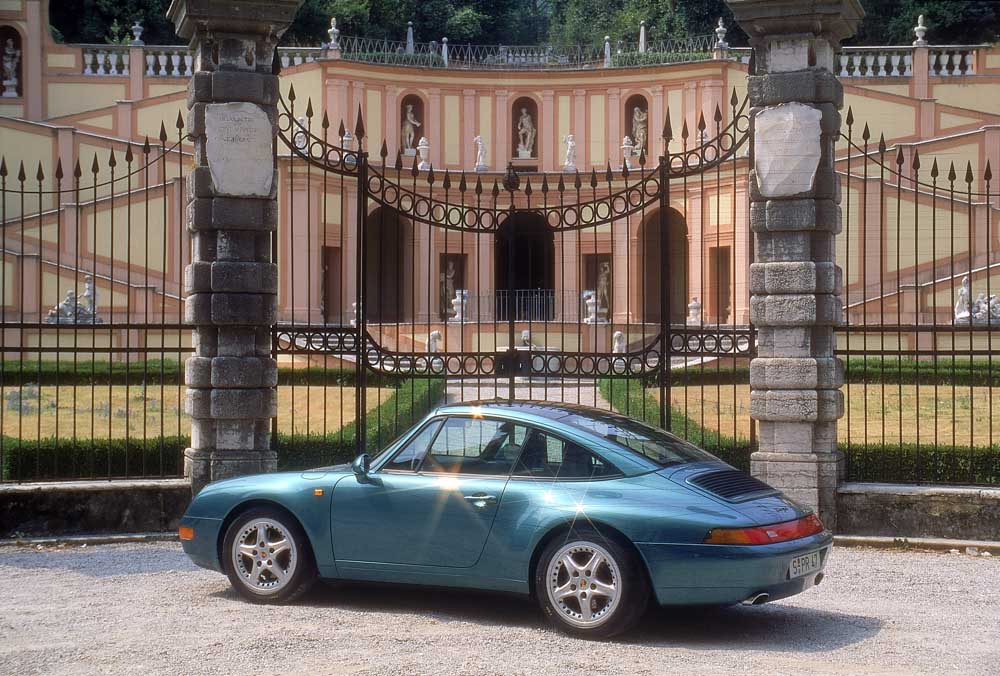 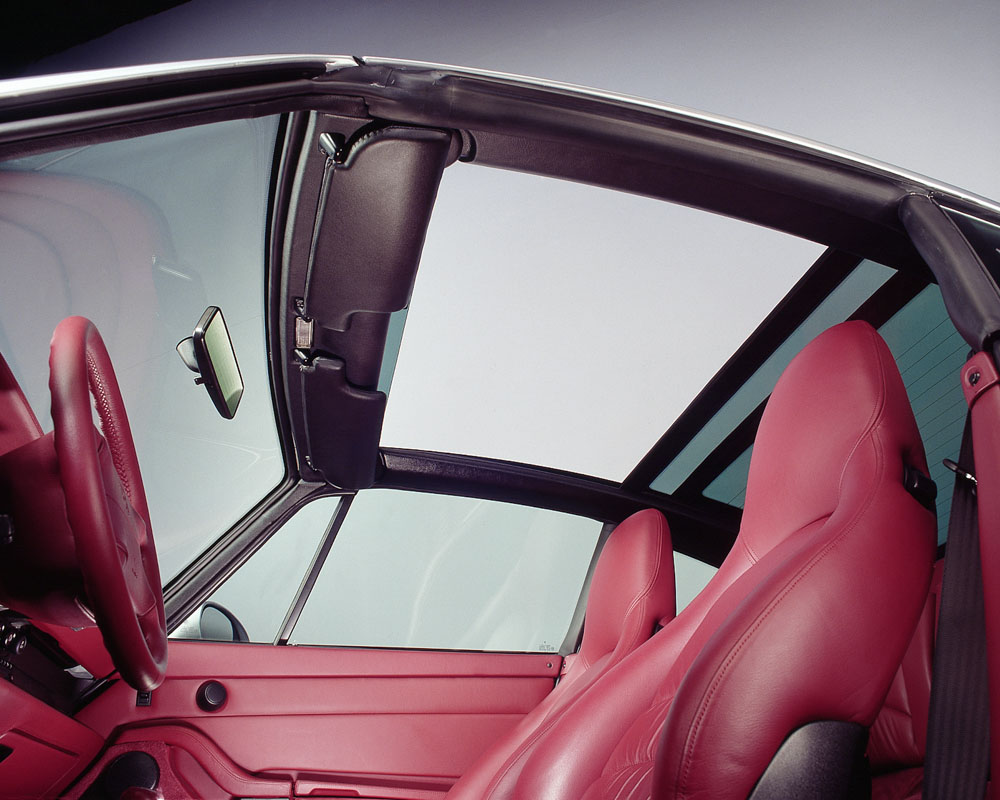 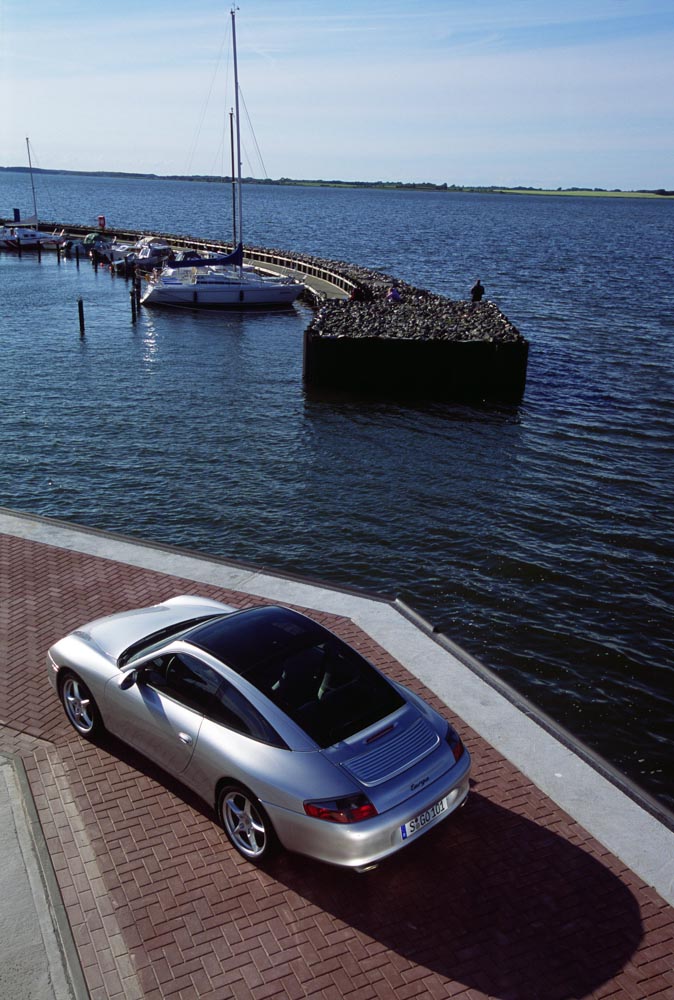 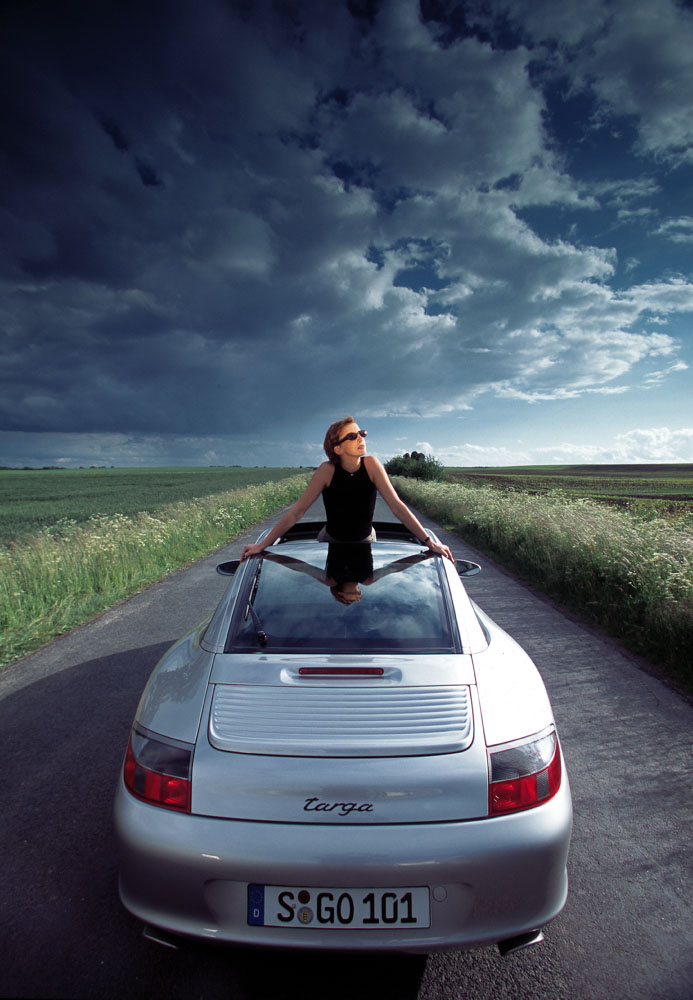 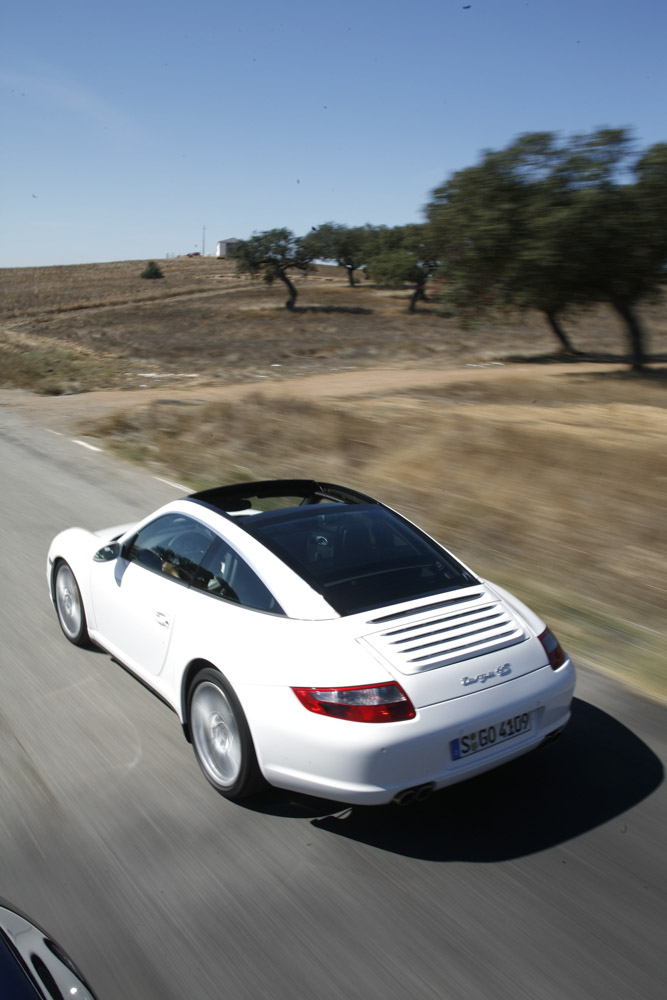 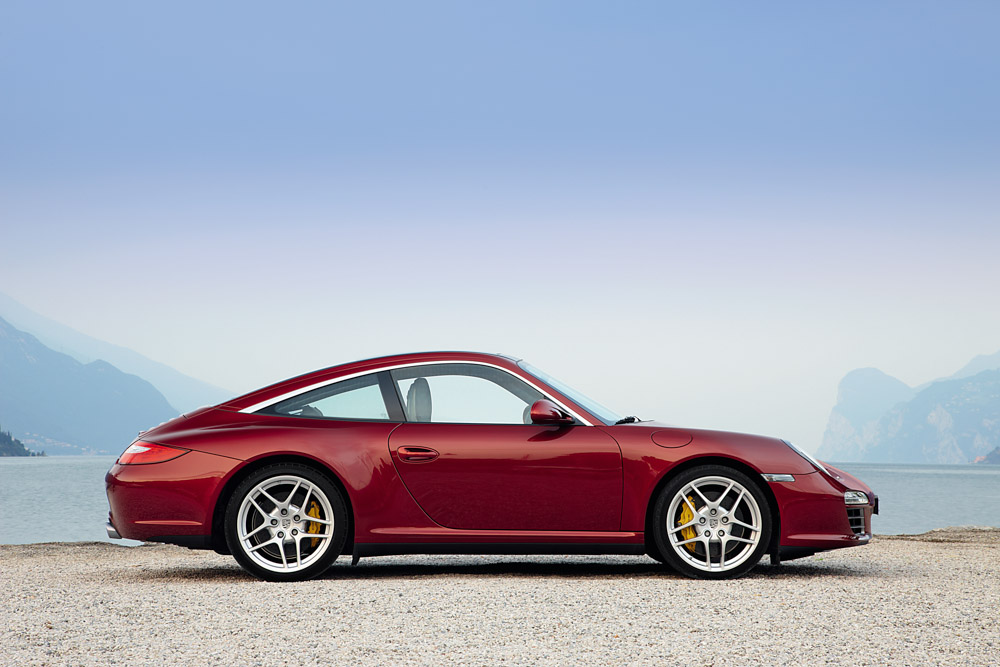 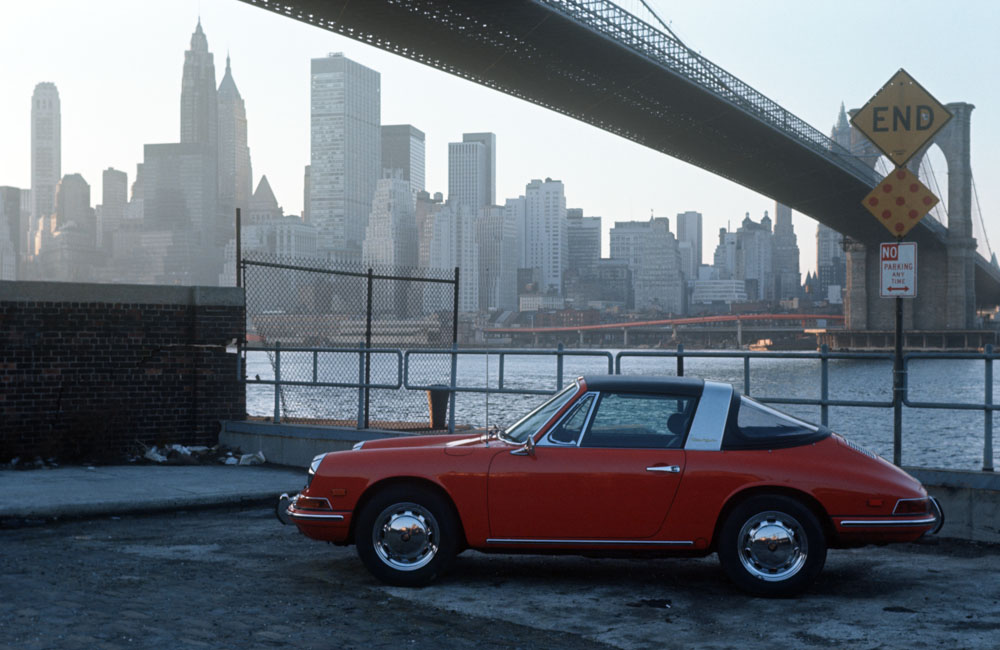 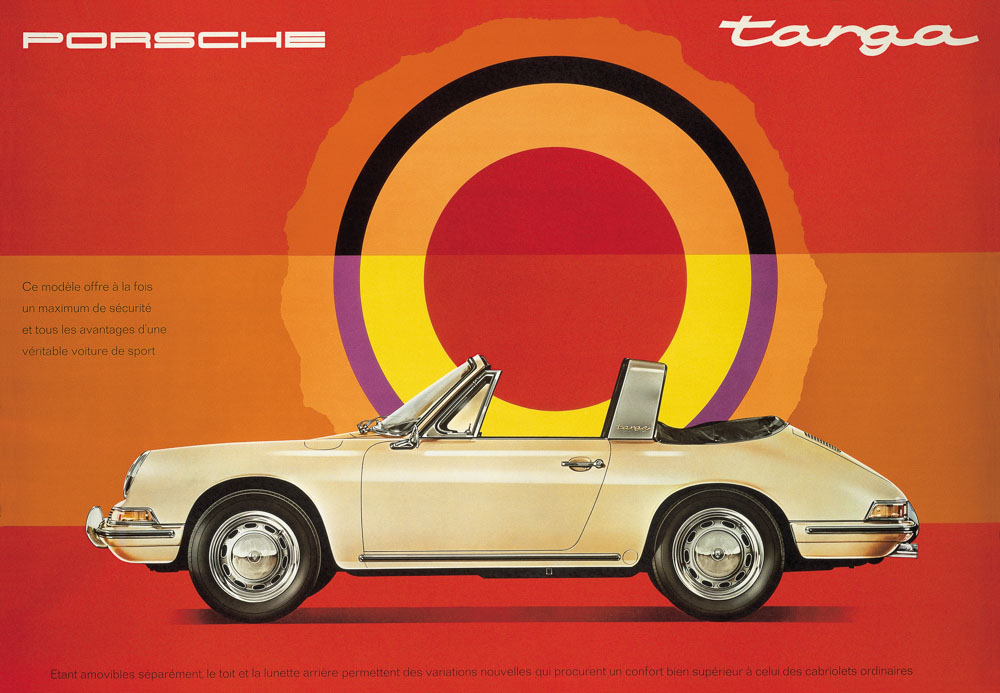