Three Porsche Cayenne S Transsyberia on the first three positions, seven Cayennes in the top ten: these are the results of the 2007 Transsyberia Rally, one of the world’s toughest offroad marathons.

After a two-week epic drive from Moscow to Ulan Bator, Americans Rod Millen and his co-driver Richard Kelsey reached the finish in the capital of Mongolia today with a Porsche Cayenne S Transsyberia as the winners. After 7,100 kilometres, just over 17 minutes separated Millen from the second-placed Italy 1 team with Antonio Tognana and Carlo Cassina. The Quatar team with Adel Abdulla and Norbert Lutteri reached the finish to claim third, 23 minutes behind the winner.

A tired but happy Rod Millen said: “That was the biggest motorsport challenge of my life. In these two weeks we all made mistakes, both the drivers and the navigators alike. Richard and I were simply the ones to make the least errors. The keys to success at such an unbelievably hard marathon are experience and caution. We knew where we had to drive slowly and where we could give the Cayenne free rein. It’s incredible to endure such a rally in a luxury vehicle. The Cayenne handled and performed impressively on the quick sections. And offroad the Porsche constantly surprised me with it capabilities.”

Born in New Zealand, Rod Millen moved to the USA in the mid-seventies where he won the national rally championship three times. In his native country he also collected three national rally championship titles. But Rod Millen became a household name as an offroad specialist with his five overall victories at the USA’s most famous mountain race, the “Pikes Peak Race to the Clouds“ in Colorado.

Over the course of the rally, four different teams were in the lead: Establishing themselves at the front of the field on the first leg through Russia, over the Urals and into Siberia were the ex-European rally champion Armin Schwarz (Austria) with his co-driver Oliver Hilger (Germany). Up until day nine the duo retained the lead with their Cayenne S Transsyberia. However, three punctures on the first leg in Mongolia cost the Germany 1 team its top position. A British Toyota outfit took over first place for the next two days until they became bogged down in a mud hole.

Dr. Erik Brandenburg and his co-driver Stefan Preuss (both Germany) promptly moved into the lead with their self-rebuilt 911 Carrera from 1975. With this ca. 1,000 kilo rear wheel driven 911 they dominated the 285 kilometres of the leg 12 special stage from Altai to Bayankhor in Mongolia, but lost positions over the course of the following day due to deep water crossings to finish ninth. On the 13th leg an accident put a stop to Armin Schwarz/Oliver Hilger’s charge. Despite the vehicle rolling several times at high speed, Armin Schwarz walked away virtually unharmed, thanks to the car’s solid safety cage. Oliver Hilger sustained light contusions from the accident.

At the final destination in Ulan Bator the finishers toasted the “unsung heroes” of this marathon with “German” Kahn Bräu, brewed in Mongolia: ten Porsche mechanics had accompanied the rally in four Cayennes and two trucks. Along the way they accomplished the almost impossible: After leg 9 they put five heavily accident-damaged Cayennes back on their wheels and ready-to-race overnight – sometimes working up to 40 hours without sleep. Not one of the 27 Cayennes to start retired with a technical defect. Six Porsche teams had to give in – all due to accidents where luckily no one was badly hurt. 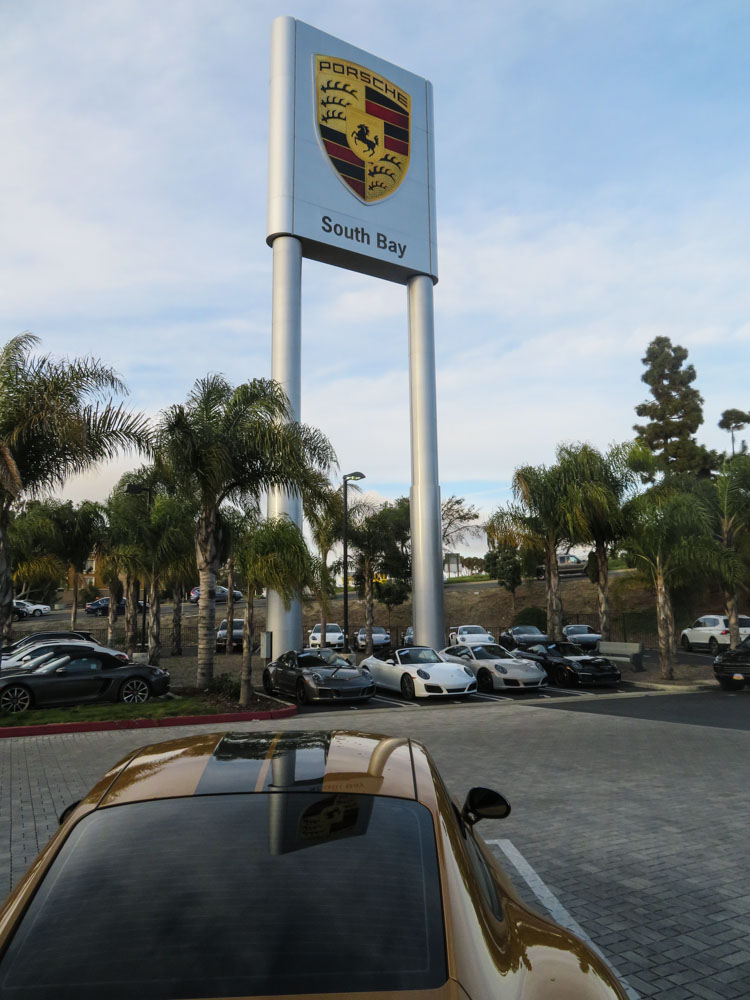