The AvD Oldtimer GP is supposed to be one of the biggest vintage car events of the world. Approximately 60.000 visitors pass the entrance gates at the legendary ‘grune Hölle’, as the Nürburgring was nicknamed by sir Jacky Stewart. During 3 days, dozens of races take place, filling the complete environment with the noise of roaring engines of the approx. 900 cars that participated.

On Friday, I usually spend the day at the Nordschleife. The 22km long race-track, normally open to the public for tourist-drives, is then closed for the trainings in the morning, and the Marathon race in the afternoon. Dozens of vintage cars compete for the victory in this race, which demands lots of both cars and drivers. After a very intense battle, the chequered flag fell down, surprisingly, for Olivier Ellerbrock & Alexander Furiani in a 1965 Alfa Romeo GTA. It was only in the last lap, they could beat the 1965 Ford Mustang of Reinhold Gröpper and Horst Walther. The ex Porsche 904/6 of Dr. Afschin Fatemi and Wolfgang Kaufmann was on the third place on the podium. Ex Le Mans winner Marco Werner had more luck in the Marathon race as in the training of the Formel Junior race where he couldn’t even complete a lap because of gearbox problems. He finished 17th in a 1965 Porsche 911.

In previous editions, the Nordschleife is not used on Saturday or Sunday. This year however Derek Bell did a demo run on the track in a Porsche 956 as a tribute to Stefan Belloff, the very talented German pilot who unfortunately had a fatal crash in 1984 in the Eau Rouge in Francorchamps. In the mean time, the show went on at the Grand-Prix track. Prewar cars, Deutsche Tourwagenmeistershaft, F1 cars, Touring cars, single seaters, they all had a chance to get on the track and burn rubber.

Of course we mainly had an eye for the Porsches on the circuit, and some very interesting cars passed the venue. My personal favorites were of course the ex Jean Behra Porsche 718-RSK,

the 550A Spyder with the characteristic one-off body, and the different Porsches 904. From the latter, the ex Racing Team Holland Porsche 904 had a gorgeous patina.

In the Historic Masters Series, a wonderful starting grid what Porsche was concerned with a few Porsche 906 Carrera 6, Lasse Jonsson in his 1967 Porsche 907, an ex Gerhard Mitter Porsche 910, the Chanabe Porsche, a Porsche 908.. Isn’t it absolutely stunning to see those cars back on the track and being used what they were meant for. Pure power and speed.

A truly spectacular part of the AvD Oldtimer GP is always the Deutsche Tourenwagen Meistershaft Revival. This series rose up in the mid-80s and it housed some of the most extreme cars bearing the touring ticket. BMW M3, BMW Z1, Mercedes C but of course you can’t mention this race without mentioning the amazing Porsche 935’s, Porsche RSR’s, Kremer Porsches K2 and K3, the Imsa K2 who are a true example of what a race car should be. Powerful, beautiful and successful. These cars are always good for some spectacle too, with lots of sound, speed and of course the tailpipes throwing out enormous flames when shifting gears down before the corners. The Jägermeister Kremer K3 finally crossed the finish line in 1st position, which made him a winner once again.

When a race series one’s not interested in starts, there’s no worry you’ll be bored at the Oldtimer GP. You can walk next to the paddocks and see how the cars are being polished, maintained and repaired. Lots of shops too, with the usual suspects like race clothes and material, books, watches, vintage clothing… And of course, you wouldn’t be in Germany if you didn’t drink a large beer and eat brats.

The Porsche factory had its tents installed on the same spot as the previous years, on the Warsteiner corner. Once again there was a cabin being pulled up high above the premises so you could see the complete GP race track and an overview of the complete event. Both Saturday and Sunday the factory had Porsche Clubs from all over Europe invited. Especially on Saturday this was a huge success, with literally hundreds and hundreds of Porsches on the parking sport near the Porsche tents. Some of the visitors weren’t even afraid bringing some treasures.

No less than 2 completely original Porsche Carrera Abarths were driven by their owners to the event, next to some interesting Porsches 356 and of course numerous and numerous Porsches 911 travelled all the way to the Nürburgring. As a celebration for the 50th anniversary of the Porsche 911, the factory organized a parade with 50 different Porsche 911’s from all series and ages. One of them even came from Russia in a Porsche 964 RS. Respect for that!

The 41th AvD Oldtimer GP had about anything one can wish. Lots of races, lots of spectacle, sunny weather and a lovely atmosphere. I’ll be there next year, and hope to see you too!

One thought on “41th AvD Oldtimer GP at the Nürburgring” 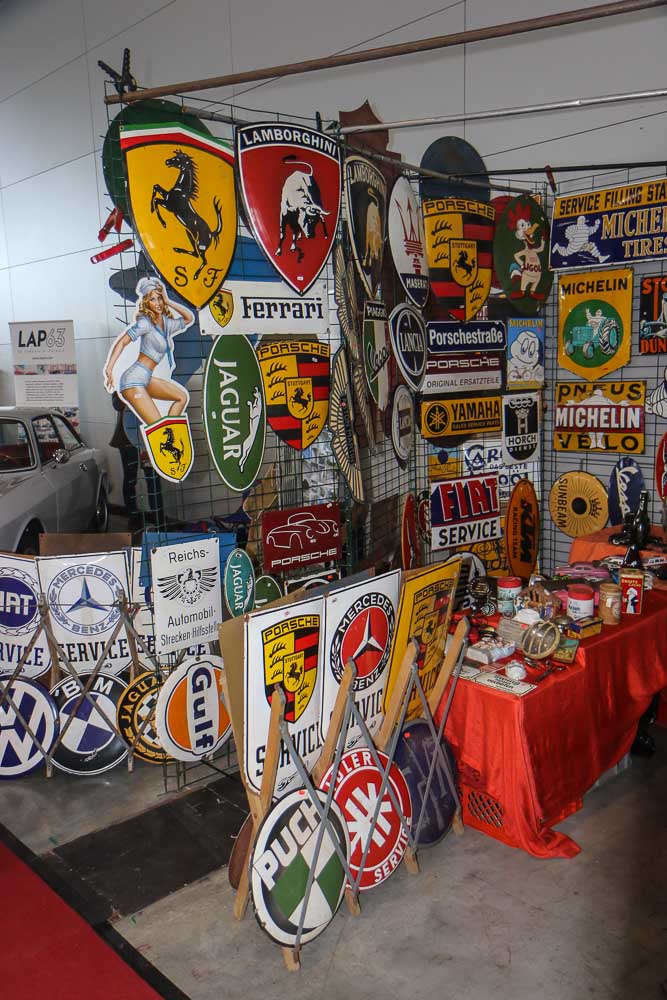