Ferry Porsche at the Porsche plant in Zuffenhausen 1968

Social commitment is part of the Porsche tradition. With establishment of the new foundation in May, the sports car manufacturer extended this responsibility even further. The Management Board of Porsche AG has now decided to donate a further €10 million to the Ferry Porsche Foundation, doubling the foundation’s capital to a total of €22 million. This means that additional long-term funds are available to support charitable projects – above all in the areas of education and social issues, as well as in children and youth projects.

“At Porsche, financial success and social responsibility have always gone hand in hand. This donation is a clear sign of our commitment to this tradition,” commented Oliver Blume, CEO of Porsche AG. “Every cent invested in charitable projects is well spent.”

The Ferry Porsche Foundation was established in May 2018 to mark the 70th anniversary of the sports car brand, and was initially endowed with €10 million. The car manufacturer donated a further €2.5 million – €2 million as an endowment and €500,000 for specific foundation work – from the auction proceeds from “Project Gold”, a Golden Yellow Metallic classic 911 model. Against the background of this 70 Years of Porsche Sports Cars anniversary, the experts at Porsche Classic came up with the idea of constructing a completely new vehicle based on an existing genuine type 993 bodyshell – from the more than 6,500 genuine parts that Porsche Classic offers for this vehicle type alone. The one-off vehicle visually references the design of the 911 Turbo S Exclusive Series of the type 991. The collector’s item was auctioned off at the “RM Sotheby’s – The Porsche 70th Anniversary Auction 2018” at the Porsche Experience Center Atlanta (USA) in October 2018 for US$3.1 million.

The Ferry Porsche Foundation donated more than €400,000 in 2018: for example, the charitable organisation “App Camps”, which creates digital teaching materials, received €30,000. The Ferdinand Porsche Gymnasium Zuffenhausen has been able to set up a “Learning Space 4.0” with the help of the foundation. Both projects give young people the all-important expertise they need for the digital future. Ludwigsburger “MusikImpulse” received €15,000 of support. This musical early-learning programme run by Jugendmusikschule Ludwigsburg offers 1,400 children Access to Music at a young age. Other organisations that have also received welcome contributions are: “ADAC Stiftung Sport” for the promotion of talented motor sport drivers; the Hymnus Boys’ Choir – one of the longest-established cultural institutions in the city of Stuttgart; and the Christoph Sonntag Foundation in support of Tolerance Weeks, during which young people engage with the subjects of diversity and acceptance. Aktion Weihnachten e. V. and Trott-war, who aim to support people in need from Stuttgart and the surrounding area, received a total donation of €30,000.

The foundation’s name is borrowed from Ferry Porsche, who founded the sports car brand in 1948. His social management philosophy still shapes the company to the present day. The Ferry Porsche Foundation focuses primarily on projects at the locations of the company’s plants in Stuttgart, Weissach and Leipzig, while also supporting projects at the brand’s international sales locations. The foundation supports initiatives from the fields of science, research and training, as well as education and development; it promotes cultural and environmental schemes and helps people who are affected by social hardship. Its activities are mainly concentrated on young people. In future, Porsche plans to additionally realise its own programmes within the foundation. 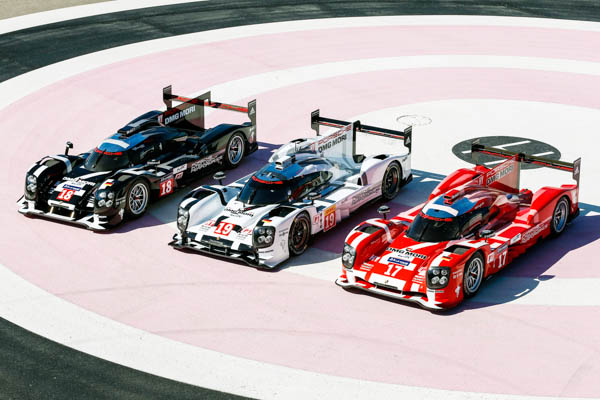