Storez was one of France’s foremost rally drivers. He won the French Championship in 1957 (Porsche). Later he took up circuit racing and in 1958 won the French F2 Championship. he was also a multiple class winner at Le Mans, the Mille Miglia and the Rheims 12hr race.

Born in Paris, Claude Tonin Horace Storez was equally at home in a rally car or on the circuits. Concentrating on the small-car classes, he contested the Le Mans 24hrs five times and also two editions of the Mille Miglia. He won his class in both those Italian races, and three times in the Rheims 12hr race.

He also raced in F1, albeit only in the non-championship Pau Grand Prix of 1955, when he drove a DB-Panhard which, almost uniquely, took advantage of the regulation admitting cars with supercharged 750cc engines. It was not a success, and did not race again.

His first taste of single-seater racing had come the previous year, when he raced in the Monomill class, a French category which pitted amateurs against professionals in identical DB-Panhard single-seaters. Racing against Schell, Mieres, de Portago and others, Storez took second places at both Albi and Caen.

It was in Panhard-powered cars that Claude Tonin Horace Storez achieved his first major successes, winning his class in the 1953 Spa 24hrs in a DB. He won the the Mille Miglia for the next two years with Dyna saloons. His first Le Mans, in a Renault-powered DB, resulted in a retirement. Switching back to Renault engines for the 1955 race brought similar lack of success.

His first races had actually been in Porsche cars, in 1952, and he continued to race these when his other commitments allowed, taking numerous class wins in races in France, Belgium and North Africa.

In 1956 he graduated from 356 GT cars to a 550 Spyder, and was outright winner of that year’s 12hr race at Rheims. The switch of marque did not change his Le Mans luck. However, he retired three times in a row – on one occasion at least when leading the highly competitive 1500 class. Reverting to a GT Porsches , he did take class wins in the Rheims 12hr race in both 1957 and 1958.

Claude Storez also scored numerous successes in rallies, twice winning the French championship. He was killed in a rally accident in 1959. 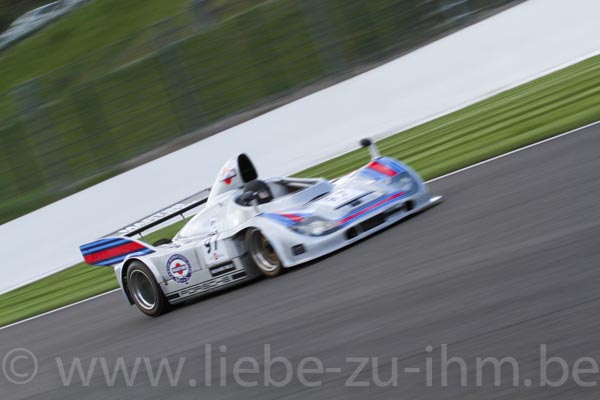