Laurin Heinrich (Germany/SSR Huber Racing) has won round four of the Porsche Carrera Cup Deutschland. With his third victory this season, the Porsche-Junior extended his championship lead. “The decisive move was when I broke away from my pursuers early on. This allowed me to control the speed and keep my tires and brakes at a healthy temperature. It’s particularly important given the summer weather conditions,” says Heinrich. His SSR Huber Racing squad had every reason to celebrate: also driving for the team from Neuburg am Inn in Bavaria, Morris Schuring (Netherlands) and Michael Ammermüller (Germany) claimed the other two podium steps. At the race weekend run as support to the ADAC GT Masters, 32 drivers went head to head on the Red Bull Ring in Spielberg in their 375 kW (510 PS) Porsche 911 GT3 Cup.

Spectators in the grandstands were treated to an eventful race in sunny conditions and a temperature of 25 degrees Celsius. Right after the start, Heinrich overtook pole debutant Schuring. The 17-year-old lost ground in the first lap and fell back to fifth place, but refused to give up. Over the course of the race, Schuring worked his way back up the field. In the final minutes, he swept past Ammermüller and then overtook the title defender Larry ten Voorde (Netherlands/Team GP Elite). However, the leading Heinrich remained out of reach for Schuring. With a 2.6-second lead, Heinrich crossed the finish line ahead of his teammate. “On Friday I sat my final exam. So wrapping up this weekend with second place feels fantastic,” says Schuring.

For Michael Ammermüller, third marks his first podium result this year. “Until now my season hasn’t gone so smoothly so I’m very pleased with third place. Unfortunately, my car was damaged towards the end of the race after contact with Larry ten Voorde’s car. Otherwise even more might have been possible,” states the three-time champion of the Porsche Mobil 1 Supercup (2017-2019). Bastian Buus (Denmark/Allied-Racing) put in a spirited charge to claim fourth place, with ten Voorde ultimately achieving fifth. Loek Hartog (Netherlands/Black Falcon) gave an impressive performance with many overtaking maneuvers. The polesitter from Saturday’s race started from P13 and made up seven places. After winning on Saturday, Dylan Pereira (IronForce Racing by Phoenix) from Luxembourg finished seventh ahead of Rudy van Buren (Netherlands/CarTech Motorsport by Nigrin).

In the ProAm class, Carlos Rivas (Black Falcon) dominated on the 4.318-kilometer Alpine rollercoaster circuit. The Luxembourger celebrated his class win ahead of his German teammate Sören Spreng and Jan-Erik Slooten (Germany/IronForce Racing by Phoenix).

With 95 points, Heinrich leads the championship after four of 16 races. Behind the 20-year-old sits Pereira (67 points) and Schuring (62 points). “That was an exciting race weekend. With Loek Hartog and Morris Schuring, two of our drivers from the Talent Pool program started from pole position. I’m thrilled to see the young guns from our series up there at the front and holding their own against the experienced drivers,” says Hurui Issak, Project Manager of the Porsche Carrera Cup Deutschland.

Points standings after 4 of 16 races

Support Love for Porsche and book your hotel in Imola

Julien Andlauer celebrates third win of the season in the Eifel 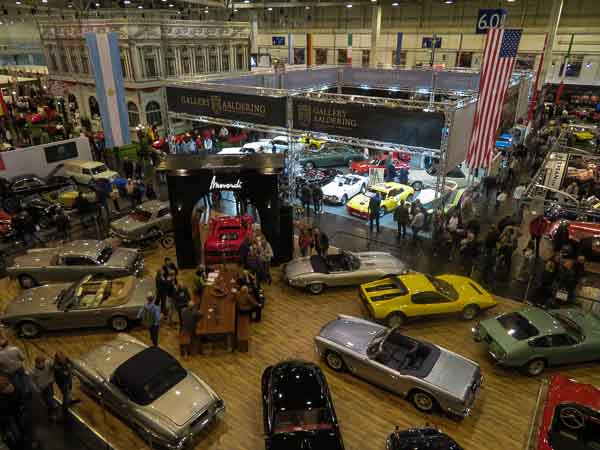