Timo still has the letter he received with the invitation to the Porsche young driver selection event. “I went along, but had no expectations at all,” he remembers. Nevertheless, he came out on top in Misano against the other candidates and landed the coup, becoming a Porsche Junior.

“To be honest, I didn’t really know what was in store. At that time I didn’t think beyond the next race, and only gradually came to understand what a big opportunity this was for me and what the Porsche legend really meant.”

However, Porsche had always had a strong attraction for Timo: “The brand was always something special for me. The countless successes of Porsche are legendary and the people there are passionate, but there’s still always a feeling of family. Porsche is down to earth and yet extremely professional – that’s what makes the brand so exceptional.”

Champion status in all categories in the “Porsche Pyramid”

Today Timo is the longest-serving Porsche works driver, and the only one to have achieved champion status in all categories in the “Porsche Pyramid”: he won the Porsche Carrera Cup Germany in 2001, took the GT title in the American Le Mans Series in 2004, and won the LMP2 class there in 2007 and 2008 in the Porsche RS Spyder.

He was also the first driver to conduct the very first function test, the so-called rollout, on the original version of the Porsche 919 Hybrid in 2013. “I was involved in the development of the new car from the beginning. Driving the car for the first time in the rollout was a very proud moment.”

The team’s efforts paid off. Timo together with his teammates took the title in the World Endurance Championship in 2015 and 2017, and he fulfilled his biggest dream in 2017, claiming the overall victory in the 24 Hours of Le Mans with Porsche.

“When I started at Porsche as a junior in 1999, I wouldn’t have dared dream that someday I might get the opportunity to fight it out for the overall victory in Le Mans, and be good enough to actually pull it off,” says Timo looking back. “18 years on, we achieved it together. Winning the two World Championship titles and taking the overall victory in Le Mans has been a dream come true for me. The absolute high point of my career at Porsche.”

As a five-time overall winner of the 24 Hours Nürburgring, Timo recorded another highlight in June 2018: he shaved 51.58 seconds from the previous track record of his idol Stefan Bellof with a time of 5:19.55 minutes at the wheel of the Porsche 919 Hybrid Evo on the “Green Hell” of the Nordschleife. “That was a great moment for me and the whole team. The highlight of the Porsche 919 programme,” he stresses. “The Evo was perfectly prepared and I gave everything I had on that lap. The aerodynamics meant I was able to do parts of the Nordschleife at top speed where I couldn’t have imagined that before. The Porsche 919 Hybrid Evo is my absolute favorite racing car, the ultimate racing machine.”

When the Porsche LMP1 programme came to an end in 2017, Timo divided his time between his commitments as a Porsche works driver and his own racing team, which he manages with his father Rüdiger. KÜS Team75 Bernhard also uses Porsche racing cars and is long established as a professional and successful team.

Since 2018, Timo has been lining up in the ADAC GT Masters as a driver in his own team’s Porsche 911 GT3 R. As well as appearing in the “Super Sports Car League”, the characteristic colours of the team based in Bruchmühlbach-Miesau in the Palatine region of Germany can also be seen in karting, in the Porsche Sports Cup, in the new ADAC GT4 Germany as well as in the international endurance classics 24 Hours of Spa and 24 Hours Nürburgring.

Looking back at two decades of collaboration, Timo has the following to say: “I owe so much to the brand and the people at Porsche. They made me a professional racing driver and I’ve celebrated many successes in lots of different categories. Porsche is my brand and close to my heart. It’s an honor and something special to drive for Porsche.” 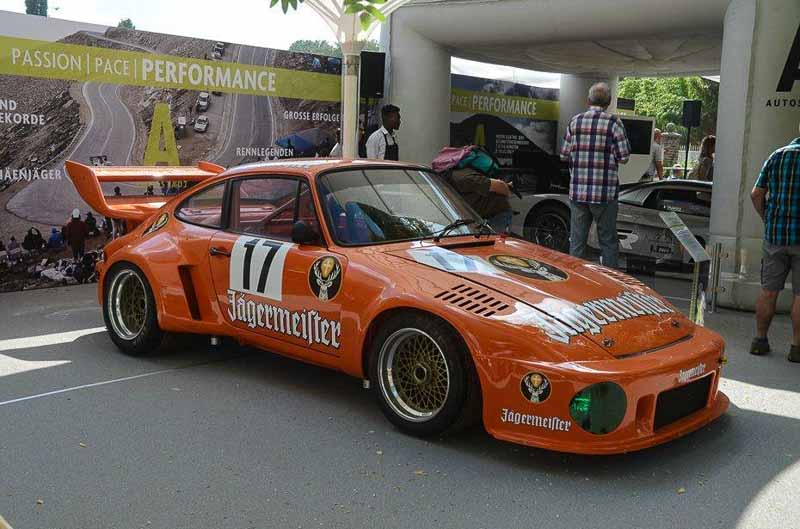