This year possibly the most prominent racing car in Porsche motor racing history is celebrating its 50th birthday: the Porsche 917. The Porsche Museum is honoring the 50th anniversary of the racing sports icon from 14 May to 15 September 2019 as part of a comprehensive special exhibition entitled “50 Years of the Porsche 917 – Colours of Speed”. A total of 14 exhibits – including ten Porsche 917 models along with a total of 7,490 PS – will be on show.

The Group 4 sports car, which was developed to secure an overall win at Le Mans 24 hour race and to win the World Championship for Makes, was manufactured in 1969 and was the first of a total of 25 vehicles required for type approval. The Number One marks the start of the unprecedented success story of the Porsche 917 racing car and is, therefore, the highlight of the special exhibition. For more than a year, museum mechanics, former technicians, and engineers from Zuffenhausen and Weissach, the Porsche AG historic archive, as well as partner companies, have worked on restoring this first 917. It is now in exactly the same condition as it was on 12 March 1969, when it was presented to the world at the Geneva Motor Show.

Two further highlights of the special exhibition are both winning vehicles of the Le Mans 24 hour race from 1970 and 1971. In 1970, Hans Herrmann and Richard Attwood drove the 917 KH (short-tail) with start number 23 and in the world-famous red-white Salzburg Design to the first of so far 19 overall wins for Porsche at the circuit on the River Sarthe. The following year, Helmut Marko and Gijs van Lennep managed to repeat this success. Covering a distance of 5,335 km with an average speed of 222.3 km/h, they set two records that were to remain unbeaten for 39 years.

A detailed look at the fascinating technology of the Porsche 917

Alongside seven other Porsche 917 models – including the 917 PA Spyder, which became a test car with a 16-cylinder engine, as well as the long-tail and turbo versions – the special exhibition also provides an in-depth insight into its technology. The fine art of the twelve-cylinder engine designed by Hans Mezger is illustrated by numerous small exhibits such as crankshafts, piston and cylinder sleeve sets, camshafts and turbochargers. Glass-fiber components from the restoration phase of the 917- 001 demonstrate the high standard of body construction at the time.

The 911 Turbo shows how racing technology has made its way into series production with components such as the turbocharger and the brake system. With this model, the turbo technology previously used with success in the 917/10 and 917/30 found its way into a Porsche production sports car in 1974. A short time later – for the 1978 model year – the 911 Turbo also benefited from a brake system which had previously been developed for the 917 in a very similar form. The fixed brake calipers were manufactured from light alloy material, just like in the racing car, and had four pistons.

The Porsche 917 as an inspiration for Porsche engineers and designers

Two further exhibits demonstrate the extent to which the 917 has also remained in the minds of Porsche engineers and designers across the decades. In 1970, a studio model was created on a scale of 1:4, which was originally one of the draft designs during the development of the 917/20 “Pink Pig”. This model was further developed by the team under Anatole Lapine, the Head of Design at the time. They turned it into a visionary future vehicle which even had a computer unit in addition to its streamlined body.

More than 40 years later, the designers once again picked up the theme of the 917 – this time in the form of a concept study from 2013 with the title “917 Living Legend”, which the Porsche Museum is presenting to the public for the first time as part of this special exhibition. This 1:1 model was created in modeling clay for the return of Porsche to the LMP1 elite class of endurance racing, and the objective of further overall wins in Le Mans associated with this. A small team of designers, aerodynamic experts, package specialists, chassis and drive technicians designed this tribute to the legendary 917 with start number 23 in “Salzburg design” in just six months.

The history and technology of the  Porsche 917 come alive

Visitors can experience the “racing car of the century” with a total of six toolboxes: alongside the fascinating technology of the 917, they reflect the racing world of that time, the brand sponsorship, as well as the transfer of technology from the 917 to subsequent Porsche racing and series production vehicles. Interactive media stations enhance the visitors’ experience of the history of the 917 – using multimedia presentations with gripping film scenes from races of the day.

The special exhibition, which probably has the highest horsepower rating of any so far, is rounded off with numerous racing posters and small exhibits. For the 50th anniversary of the 917, the Museum shop is also selling a special range of 917 products, including the anniversary book entitled “Colours of Speed – 50 Jahre Porsche 917” (Colours of Speed – 50 Years of the Porsche 917) published as part of the “Edition Porsche Museum”, along with a barbecue apron designed as a tribute to the 917/20 “Pink Pig”.

The Porsche Museum is open Tuesday to Sunday, from 9 am to 6 pm. All relevant information can be found at www.porsche.de/museum. 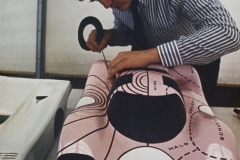 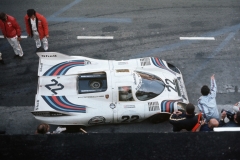 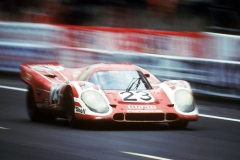 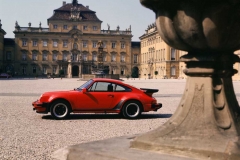 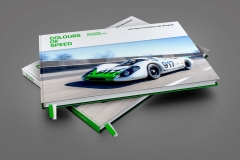 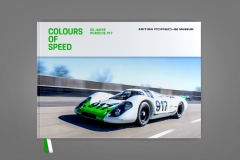 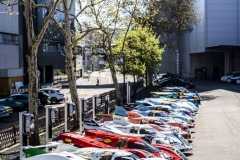 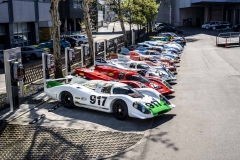 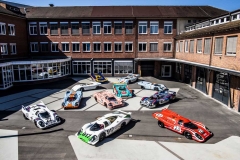 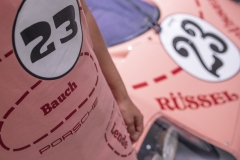 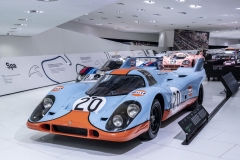 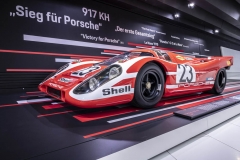 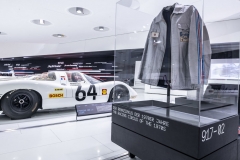 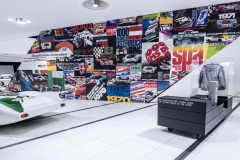 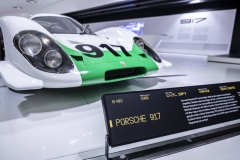 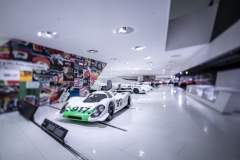 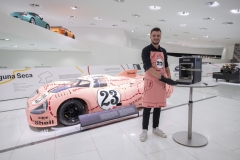 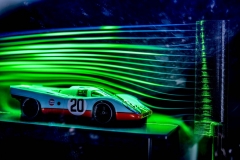 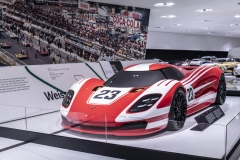 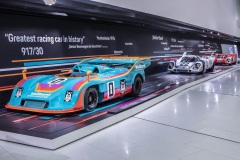