First victory for the new Gulf Porsche - Daytona 1970.
In the spring of 1969, Porsche started negotiations with J.W. Automotive in order to cut down its own racing activities in favor of other technical activities by giving up the technical attendance of the world championship races. John Wyer and Gulf on their turn were in need of a successor of their actual car. The new Porsche 917, presented at the Salzburg auto show earlier that year, seemed to be the predestinated successor.  J.W. Automotive Engineering Ltd. and Gulf on one hand, and Porsche on the other agreed to participate with the Porsche 917 in the 1970 race. Preparation and service during the race were up to J.W – Gulf team. And the first entry of the Gulf Porsche 917 in an endurance race, the Daytona 24H, turned out to be a success.
Pedro Rodriguez would take the wheel of the car and his co-drivers were Leo Kinnunen and Brian Redman.
It was dry throughout the whole 24h and for Pedro and Kinnunen it was a dream race, with pit stops only for fuel, tires and brake pads. Alan Hearn (Lead Mechanic), who always prepared Rodriguez’s car with Ray Jones, had done a perfect job. The drivers looked after it well too, staying out of trouble and, more importantly, off the walls. They won by a margin of 45 laps from the sister car of Jo Siffert and Redman that suffered numerous troubles such as tire failures, a shock absorber that needed to be replaced but more importantly, a disintegrated clutch.
Advised by Porsche Engineers, Ermanno Cuoghi and Peter Davies changed the inner parts of the clutch in 1h and 20 min. This experience came in handy for the 1971 edition of the Daytona 24h when they had to do the same on Pedro’s car and secure the victory. Worth mentioning is that Kinnunen also drove 34 laps in the #1 car of Siffert – Redman, to relieve the pain in Siffert’s broken foot. (source : ‘Racing In The Rain’ by John Horsman).
Redman’s contribution: Wyer called the leading 917 into the pits because Kinnunen wasn’t following his instruction to slow down and conserve the car. Either Leo didn’t understand team orders or he refused to obey them; it was hard to know which as he spoke no English and the cars had no radio then. Redman took Leo’s place with strict instructions to run calibrated times, fast enough to win but slow enough to protect the car. (source : Brian Redman’s book ‘Daring Drivers, Deadly Tracks).

Tradition, Technology and A Return: the colours of the Porsche 919 Hybrid 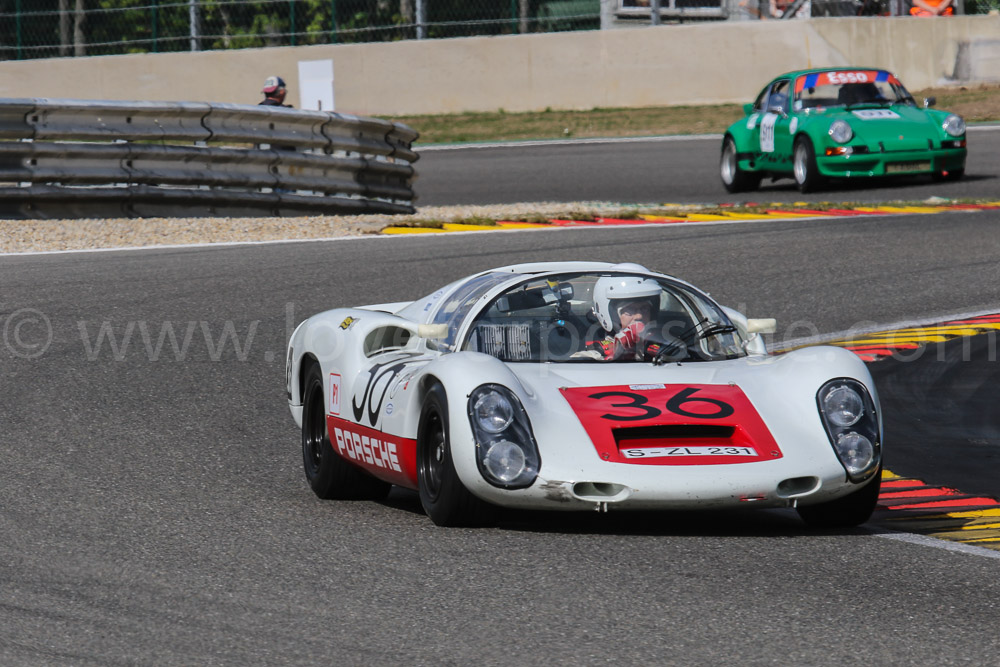