Porsche has won the manufacturers’ title in the Intercontinental GT Challenge (IGTC) for the second time in a row. At the final race of the season on the Kyalami Grand Prix Circuit in South Africa, Matt Campbell from Australia and the two Frenchmen Mathieu Jaminet and Patrick Pilet finished in third place with GPX Racing’s Porsche 911 GT3 R. With this result, the driver trio earned crucial points towards reclaiming the championship title, but narrowly missed out on the drivers’ crown. Ultimately, they were just five points off first place. In heavy rain, the 911 GT3 R fielded by Dinamic Motorsport scored seventh place at Kyalami. The 500+hp vehicle campaigned by Lechner Racing scored tenth and won the Pro-Am class.

The nine-hour race on the famous venue close to the metropolis of Johannesburg started in sunny and humid conditions. On a dry track, the two GT3 vehicles from Weissach contesting the Pro category stayed within striking distance of the leaders, however at the midway mark, a puncture threw the No. 12 car of GPX Racing down the field. While Matt Campbell, Mathieu Jaminet and Patrick Pilet were able to work their way back up the order, their brand teammates Laurens Vanthoor from Belgium, Kévin Estre from France and New Zealander Earl Bamber were robbed of all chances of a victory. Repairs to a broken front splitter cost the crew two laps.

With around 80 minutes left on the clock, heavy rain added to the tension. The field bunched together behind the safety car, and suddenly the No. 12 vehicle was back in the fight for victory. The weather, however, thwarted the team’s plans. After setting a new track record with his fastest lap in the early afternoon, Matt Campbell’s chance to put in a final push for victory vanished: with vehicles at risk of serious aquaplaning, the race concluded behind the safety car. The two South Africans Saul Hack and Andre Bezuidenhout as well as Dylan Pereira from Luxembourg put in a flawless drive at the wheel of their Porsche 911 GT3 R, and were rewarded after nine hours of racing with tenth place overall and victory in the Pro-Am class.

Positions three and seven in the Pro category yielded Porsche another 21 points in the championship. With a total of 100 points, the sports car manufacturer from Stuttgart successfully defended the manufacturers’ crown after 2019.

Comments on the final race of the the Intercontinental GT Challenge

Sebastian Golz (Project Manager Porsche 911 GT3 R): “Winning the title for Porsche was our big goal – and that’s what we did. The drivers’ crown would have been the icing on the cake, but we missed out by a mere five points. Still, reclaiming the manufacturers’ championship title shows just how hard everyone worked on this joint success in 2020. That applies to the customer teams and drivers as well as to our Porsche employees and partners. Congratulations as well to Lechner Racing. Despite the incredibly difficult conditions, they did a flawless job in the Pro-Am class.

Matt Campbell (Porsche 911 GT3 R #12): “We climbed the podium. Third place is a decent result, but unfortunately, it wasn’t enough to take the drivers’ title. That’s a great shame. But we’re not going to let that spoil our mood. Porsche pocketed the manufacturers’ title, and we were well on our way with third. The team did a great job. We tried our best and did everything right, but it just wasn’t meant to be today.”

Mathieu Jaminet (Porsche 911 GT3 R #12): “I’m so disappointed because this is the second time in a row after 2019 that the drivers’ title slipped out of my hands at the season finale in Kyalami. I first have to digest this. Something minor like a puncture has unravelled all our good work. Still, Porsche won the manufacturers’ title – that’s a great success. I’m proud that I was able to contribute to that.”

Patrick Pilet (Porsche 911 GT3 R #12): “We were well on track until the puncture threw us back. We never gave up and worked our way up the field again with strong stints and a smart strategy. We could’ve done even better, but unfortunately, the race remained under yellow to the end. We would’ve loved to have had one last chance to pull out all stops in a thrilling finale and fight for victory and the drivers’ championship – unfortunately, that didn’t happen.”

Kévin Estre (Porsche 911 GT3 R #54): “We’re devastated, of course. We had a car that was capable of running at the front. We had everything we needed to clinch the drivers’ crown. When the front splitter came loose, it was all over. That’s a great pity! At the end of the race, the conditions became extremely challenging. Rain, lightning and darkness made it impossible to see anything, even driving very slowly under full course yellow. I couldn’t even drive the allowed 80 km/h. That was scary.”

Saul Hack (Porsche 911 GT3 R #9): “We thoroughly enjoyed the race. Our pace was good, and the team did an immaculate job. To wrap up such a difficult year in this way is simply a dream come true. I’m a racer through and through, but I couldn’t drive this year due to the pandemic. Finally, the time came in Kyalami. I’ll savour this for many weeks to come.” 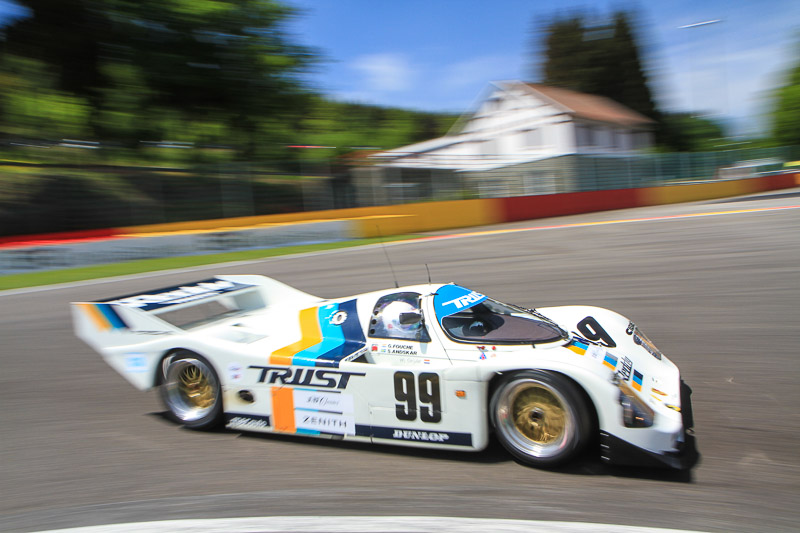