Porsche is on course for success when it comes to sustainability. The sports car manufacturer has reduced the CO2 emissions per vehicle by more than 75 percent since 2014. Porsche also reduced the corresponding energy consumption by around 31 percent in the same period. At the same time, the number of vehicles produced in Zuffenhausen and Leipzig increased by 82 percent: from 101,449 (2014) to 184,791 units in 2018.

“We at Porsche are aware of our responsibility in terms of environmental and climate protection,” explains Albrecht Reimold, Member of the Executive Board for Production and Logistics at Porsche AG. “We are continuously optimizing our vehicles to make them even more environmentally friendly. In addition, a large number of both large and small initiatives at Porsche result in an overall concept that allows all areas of the company to improve their ecological sustainability step-by-step.”

Profitable growth as a prerequisite for sustainable action

The sports car manufacturer was able to report new record results only a few weeks ago: deliveries and revenue increased once more compared with the previous year, as did employee numbers. The return on sales was 16.6 percent in 2018. “We do not view profitability as an end in itself, however. It is a main prerequisite for companies to be able to effectively assume responsibility,” explains Reimold. “Because we can be really successful only if economical, social and ecological aspects are in line with each other.”

In order to make progress in the area of sustainability measurable in a similar way to economic success, Porsche determines the key performance indicator “Reduction in environmental impact in Production”, which is made up of several parameters. In addition to CO2 emissions and energy consumption, this also includes the overall fresh water consumption and the quantity of volatile organic compounds (VOC) used. Porsche has also made progress in these areas: compared with 2014, 34 percent less solvent is used in production. The water consumption per vehicle has been reduced by 20 percent.

The fact that Porsche was able to reduce its CO2 emissions so significantly – by 75 percent in only five years – is above all due to the consistent use of TÜV-certified energy from renewable sources. Since the start of 2017, the sports car manufacturer has produced with renewable energy that comes with a certificate of origin for the actual physical source of the electricity. This meets the highest ecological standards. The rail logistics for Porsche within Germany is now climate-neutral as well. Porsche is also working on reducing its environmental impact throughout the value chain.

The vision of the “Zero Impact Factory”

“Sustainability is the sum of many individual elements,” says Albrecht Reimold. “In autumn, our first fully electric sports car, the Taycan, will leave the production line. Its production at the factory will be CO2-neutral right from the start. However, our goal is to avoid leaving any ecological footprint in the future in the sense of a Zero Impact Factory.”

Such production, without environmental impacts, is based on different areas of action. Alongside resource and material efficiency, this includes topics such as pollutants and climate protection as well as the effects of production on the urban climate. The great importance attached by Porsche to the subject of sustainability in the design of its production locations has been documented by the German Sustainable Building Council (DGNB): Porsche was the first company ever to receive a “Platinum” award for the new design of Plant 4 at the Zuffenhausen headquarters.

Porsche is also playing a pioneering role in the construction of the new Taycan factory in Zuffenhausen. A surface technology that absorbs nitrogen dioxide is used on its facade for the first time. The facade elements are made of aluminum coated with titanium dioxide. The coating acts as a catalyst and breaks down the absorbed pollutant particles into the harmless substances water and nitrate when exposed to sunlight and low air humidity. In a first pilot project, Porsche is testing the NOx-absorbing high-tech facade on an area of 126 square meters, which corresponds to around ten parking spaces. There it performs the work of ten trees.

Sustainability pays for itself

Numerous measures that contribute to resource efficiency and relieve the burden on the environment also help to reduce costs. This starts with the replacement of traditional lighting technology with LED lamps, the use of demand-controlled exhaust air systems in the body shop, utilization of waste heat from the paint shop, and continues through to the use of electromechanical production technologies instead of hydraulic work steps. This last measure saves 11,544 kWh of energy each year just for riveting work in the body shop at the Zuffenhausen site.

Sustainability also applies to the commute to Porsche

In order to avoid the growing number of employees causing a corresponding increase in traffic pollution, Porsche has established a company mobility management system. Among other things, this includes the “Job Ticket” – a local public transport ticket subsidized by the company – as well as the “Fine Dust Ticket”, which enables all employees at the locations in the Stuttgart area to use public transport free of charge in the event of a fine dust alert. A comprehensive parking space management system means that available parking spaces can be easily identified. The Porsche TwoGo ride-sharing app is a well-established means for employees to arrange carpools quickly and in a practical way. And with the launch of “mobile working”, the sports car manufacturer will not only open itself up to new ways of working but also help relieve traffic pressure at peak times.

Strong demand for the Porsche Panamera with hybrid drive

Porsche presents 2 new body versions for the Taycan family : the GTS and the Sport Turismo 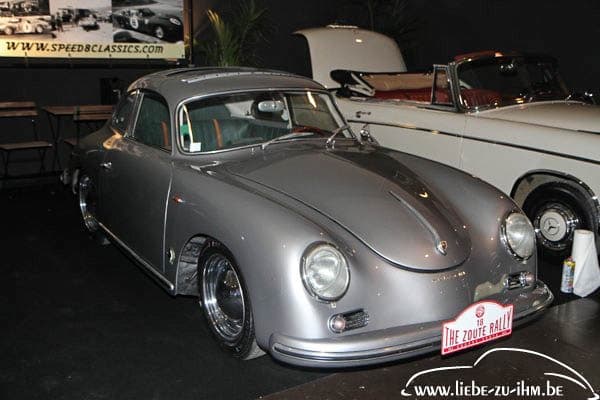