Porsche Junior Ayhancan Güven (Turkey/Martinet by Alméras) scored his second win of the season in the Porsche Mobil 1 Supercup at Spa-Francorchamps (Belgium). Güven crossed the finish line just 0.6 seconds ahead of Dylan Pereira (BWT Lechner Racing). Second place was enough for the Luxembourger to move to the top of the leaderboard again in the international one-make cup with the 485-hp Porsche 911 GT3 Cup. Heading to the final round next Sunday (6 September 2020) in Monza (Italy), Pereira holds a tenuous four-point advantage over Larry ten Voorde (Team GP Elite). In Belgium, the Dutchman took the flag in fifth place behind Florian Latorre (France/Team CLRT) and Porsche Junior Jaxon Evans (New Zealand/BWT Lechner Racing).

Spa lived up to its reputation

The Formula 1 circuit in the Ardennes lived up to its reputation as one of the most demanding racetracks in the world. After eleven laps, less than nine seconds separated the top ten drivers in the Porsche Mobil 1 Supercup. “It’s always great to win at Spa,” said a delighted Güven, who had taken up the race from pole position. “Towards the end of the race I experienced minor problems with the balance of the car. Luckily, I was able to fend off Jaxon Evans and then Dylan Pereira.”

The two BWT Lechner Racing drivers put the leader under pressure over many laps. “That was great teamwork between Jaxon and me,” revealed Pereira, who nevertheless made repeated attempts to overtake his teammate. These attacks, however, were in vain – until the second-placed Evans overlooked some dirt on the track while braking at the end of the long Kemmel straight and, with locked-up front wheels, was forced to use emergency exit. “It was lucky that I took a different line than Jaxon in that corner, otherwise I might have been caught out too,” admitted Pereira. He overtook Evans and promptly closed the gap to the leading Güven. “I was faster than Ayhancan, but it wasn’t enough to really attack,” concluded the Luxembourger.

With third place, Florian Latorre scored his best result so far this season. “I’m thrilled for our team, which is new to the Porsche Mobil 1 Supercup. We’ve waited all year for this,” said the Frenchman. Jaxon Evans, the second fastest in qualifying, was not entirely happy with fourth place. “I flat-spotted one tyre when it locked up under braking. My car, of course, didn’t handle as well after that,” explained the Porsche Junior, who then came under pressure from Larry ten Voorde over the last lap. “What a great race, it was such fun,” grinned the Dutchman, despite losing the championship lead. At the flag, he held a 0.7-second advantage over his compatriot Jaap van Lagen (FACH AUTO TECH).

Victory in the ProAm classification went to Stéphane Denoual (Pierre Martinet by Alméras), followed by Philipp Sager (Austria/Dinamic Motorsport) and Roar Lindland (Norway/Pierre Martinet by Alméras). With third, Lindland secured an early title in the ProAm class. This is the third straight ProAm title for the seasoned specialist from Norway. Next race will be at the Autodrome in Monza, september 5th and 6th.

Support Love for Porsche and book your hotel in Monza 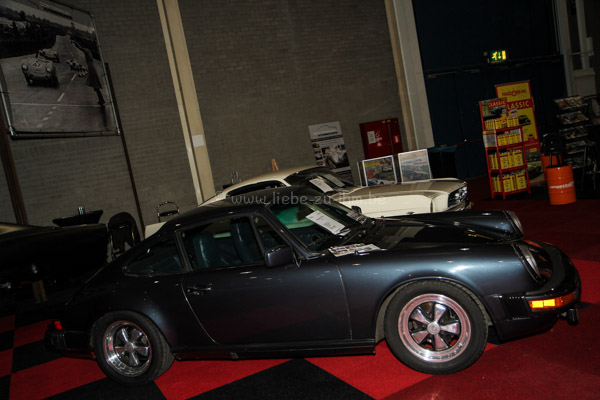