Towards the end of 1991, the board of directors of Porsche had just stopped the the project to develop a 4-doors sedan.  The development of the Porsche “Typ 989” halted in late 1991 and cancelled in January 1992. Later, the 4-door concept was unburried. The result, the Porsche Panamera, turned out to be a huge success. But that’s another story. With the decision to stop developing the Porsche 989, the board of directors had to rethink the future of Porsche.  Smart thinking finally led to the unveiling of the Porsche Boxster Concept Car at the 1993 Detroit Auto Show.

At the beginning of the 1990s, Porsche finds itself at an economic low. The company wrote in red numbers, partially because of the sharp drop of the US Dollar. Moreover, in 1991, only 23.000 Porsches found a new home. A drop of 50% in just over 5 years. By the end of 1992, the loss reached 240 million Deutsche Mark. In the process of reinventing the Porsche platform strategie, the next generation Porsche 911 had to share parts with another model.

Turning engine and gearbox and eliminating the rear seats  turned a Porsche 911 into a mid-engine model.  With this idea in mind, chief designer Harm Lagaaij and his team went of to the drawing-board. Finally it was the desing by the hand of the American Grant Larson that turned out to be the best suited.

Simultaneaously with the design of the Porsche 996, they worked on the Porsche 986. The car  would share many elements of the 911 while also drawing inspiration from the dramatic curvature of the Porsche 550 Spyder and the Porsche 718 RSK. It was an affordable sports car, but with the soul of a race car. Even though Porsche had no tradition in building concept cars, they flabbergasted the world with nothing else but that.

Porsche springs a surprise at the traditional Detroit Motor Show with a sensational concept car. Completely unexpected, the Porsche stand becomes the big attraction of the show. A Porsche that immediately reminds the world to legend James Dean, and race-cars that ruled in races all over the USA in the 50s. Wendelin Wiedeking proudly presents the Porsche Boxster Concept car.

Porsche Boxter Concept : Vision of the sports car of the future

The Boxster prototype suddenly becomes “Best of Show”. The complete automotive world is stunned by the success of the Porsche Boxster concept. As another surprise, Porsche announced that a production version was forthcoming and would be priced at $40,000.   Even though only a concept car, orders started coming in. Within three years, the Boxster is ready for production, and supports an economic upswing starting in 1996.  The Boxster name, a suggestion from staff designer Steve Murkett, was a charmingly catchy and almost child-like mashup of “boxer” engine and “roadster” body, core elements on which the marque was founded.

J.D. Power study confirms Porsche has the most satisfied customers 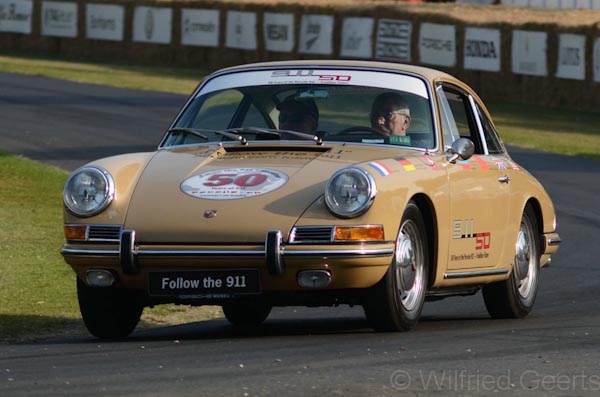