The Porsches at the RM Sotheby’s bieannial Monaco auction.

Monaco provides the perfect backdrop for RM Sotheby’s biennial Monaco auction. Held at the glamorous Grimaldi Forum, a venue synonymous with the principality’s most prestigious events, the RM Sotheby’s Monaco auction takes place alongside the legendary Historic Grand Prix. That promises to bring excitement. And for the Porsche fans, that excitement translates in some extra ordinary Porsches that come up for sale. For us the most striking Porsches in the RM Sotheby’s Auctions are the 1955 Porsche 356 Carrera GS Sunroof Coupe.

Just over 450 Porsche 356 Carrera GS and GT’s left the factory of which most were 1955 models. The Porsche 356 Carrera GS in the RM Sotheby Monaco Auction is one of the very few equipped with a sunroof.  During it’s recent restoration in Italy,  it was resprayed its rare and stunning original colour of 5605A Lago Green Metallic.

A Porsche RUF is a car that’s high on the wishlist of many Porsche fans. The RM Sotheby’s Monaco Auction might be your chance to acquire one of them, with 2 RUF Porsches coming up for sale. The yellow 1991 Porsche RUF RCT Evo started life as a standard Porsche 964 Turbo. The current owner bought it 3 years ago with the intention to convert it to full RUF RCT Evo specs. Since the conversion only 3000 kms haven been put on the odometer,

The next Porsche RUF is 1994 Porsche RUF Carrera Cabriolet.  Originally born as a 1994 Porsche 911 Carrera Cabriolet, it was delivered new in June of 1994 to Porsche Zentrum Willich in Germany. Remaining with its original owner for the first 70,000 km, the car’s engine, suspension and brakes were all upgraded by RUF in 2000 to BTR specifications. The car has only driven 16.000 kms since conversion

Probably one of the most desired models of all Porsche 911 series is  a 1973 Porsche 911 RS. Those that can dig somewhat deeper in the wallet, would even have one of the lightweight versions  of the 1093 Porsche 911 RS.  What makes this car so special is that it was factory built for Finnish racer Leo Kinnunen and one of only 2 Porsche 911 RS constructed with ST wheel arches, and the only 1973 Porsche 911 2.7 RS factory-equipped with a 1974 Carrera 3.0 RS rear spoiler. Leo Kinnunen had the car stalled with the German dealer and used it for personal use during his travels in Germany. The highly original car shows only just over 63.000 kms. 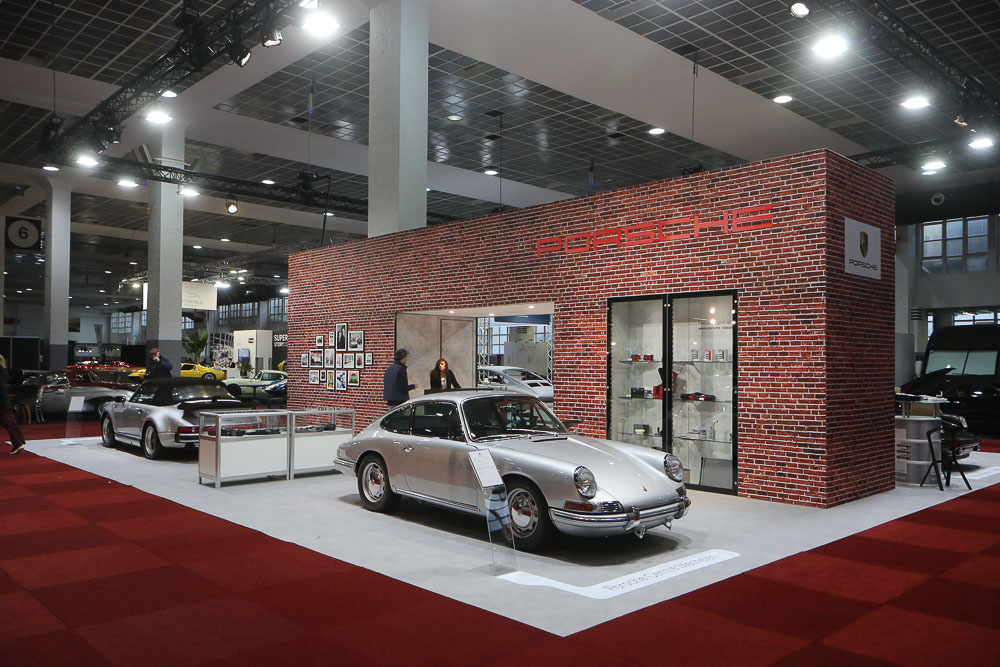