Rainy and hectic… but above all promising

It is no secret that the organization of an event like Spa Classic is not that easy. It takes hours and hours of preparation. Both the organization has to be ready, but the participants have lots of work to do in a rather small amount of time. The least one can say is that there’s a hectic atmosphere the day before a race event actually takes off.

That atmosphere was exactly what we were looking for when we headed to the Spa Francorchamps race track this afternoon. When we arrived the trucks were arriving, ready to unload the race cars. It was a continuously coming and going of trucks and vans. And we liked what we saw. The Spa Classic 2017 promises to be a wonderful event. Let’s just hope weather will be fine.

Preview of some of the Porsches at Spa Classic 2017

In Group C,  some important Porsche 962 will compete for victory. One of the cars is the Porsche 962-141 in Tic Tac livery. The same car could be seen in action in the Spa Classic 2016 or at the Le Mans Classic 2016.  Another car that must look familiar to Porsche fans is the Joest Racing  Porsche 962-116. This car has an extensive race history in 1987 and 1988. We’ll come back to you later with more information on the cars.

From an earlier period in Porsche race history,you can see  ex factory racer Porsche 910-005 in action. The carfinished 7nd in the 1967 Spa 1000 KM with Gerhard Koch and Gerhard Mitter at the wheel.

Hans-Joachim Stuck in a Porsche 356 at the Mille Miglia 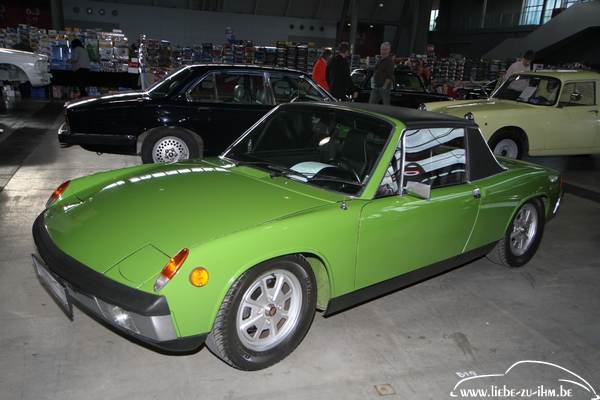