When Porsche presented the Porsche 917 to the press in 1969, no one could expect the impact the car would have on the racing world. At a certain time, the Porsche 917 had a hint of invincibility about it. When the John Wyer Racing Team started racing the Porsche 917  in the Gulf livery, a new legend was born. The Porsche 917 even starred in the legendary race movie Le Mans with Steve McQueen.  Porsche took its first outright victory at Le Mans in 1970 in the Porsche 917 with Hans Herrmann and Richard Attwood at the wheel. And more iconic names (Pedro Rodriguez, Jo Siffert, Vic Elford, Leo Kinnunen, …) took the wheel of the car, whose spirit will live forever in the mind of endurance race enthusiasts.

Only the very lucky few will be fortunate enough to own a Porsche 917. These cars are super rare and only come very rarely for sale. Obtaining a part, or some original literature or pictures usually belongs to the closest one can get. And now at Bring a Trailer, an auction pops up that gives you the chance to acquire an impressive collection of original Porsche 917 literature and parts. The Danish seller previously auctioned Porsche factory race car literature. But now he is playing in another league with this lot of Porsche 917 paperwork.

The seller acquired the collection from the Finnish Racing team AAW. It includes original press releases and press kits.  Notable racers signed some of the items. One of the pamphlets has the signatures of the Porsche 917 development team on the back. The Porsche 917 press releases bear 1969 copyright dates and consist of US and European-market sales brochures, technical datasheets, and press photos. The official Porsche press kit from the 1970 Le Mans 24H belongs to the lot. That includes press releases dating from before and after the race, biographies, and several pictures.  On top of that, you can find a very rare press kit of the Gulf racing team in the auction.

Furthermore, a whole bunch of sales and service documents, addressed to the AAW racing team, are part of the collection. The records include correspondence with Porsche, service invoices, photos, and 917 component receipts. And maybe the icing on the cake is the parts in the collection. That means a VDO tachometer, removed from a 1969 Porsche 917, a VDO wiper switch, a push-button start switch, a hazard light switch, and an array of pull switches.

The Bring a Trailer auction only lasts for another few days. So you’ll have to hurry to decide whether you want to bid or not. But remember, opportunities like this are extremely rare. This might be your only chance to acquire a unique collection of Porsche 917 literature and parts.  You can find over 100 pictures of the collection at Bring a Trailer to find out more details !! Good luck bidding 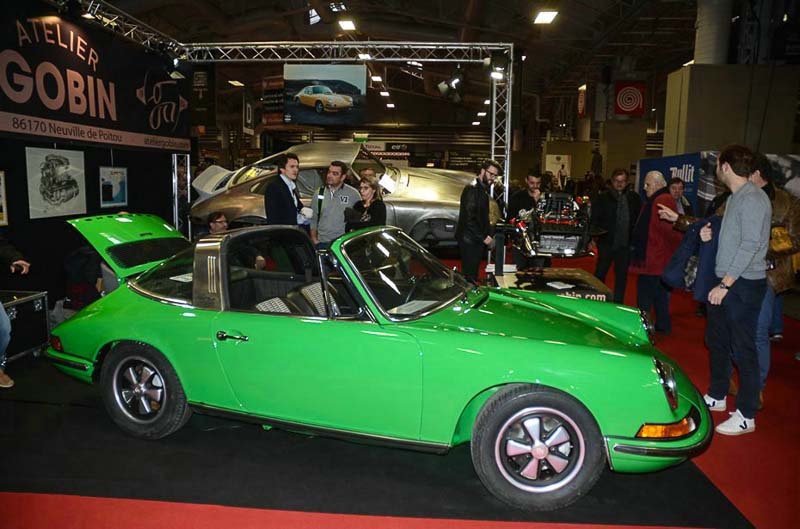