The European elite was present at the Ypres Historic Rally on 27-29 June 2019, which was the fourth round of the European Championship of the specialty.

What started with the participation in this Ypres rally as a little boy’s dream ended after a fantastic adventure with two beautiful victories. Bjorn Syx won Ypres Historic Las Vegas, while his friend Cedriek Merlevede did the same for the Sas Pils Classics Ypres. These autocross veterans made history in the Historics.

Bjorn Syx showed all his intentions by taking the lead in the second stage of the classification after Stouf had retired. The Italian duo “Lucky” -Fabrizia Pons-was able to secure second place after Vanwijnsberghe’s problems on Friday.

For a while, they had to fight against BMW riders Christophe Merlevede and Danny Kerckhof. But the latter had to put his M3 aside in the afternoon due to technical problems. And Merlevede decided to step down when the engine started to heat up and secured third place. Guino Kenis and Valter Jensen completed the BMW success with fourth and fifth places. Anders Johnsen and Piet Declercq, both in Porsches, and Tim Jones (Ford Sierra Cosworth) completed the top 10.

At the national Sas Pils Classics, a lot of attention was focused on the battle between the regular championship drivers such as Arthur Kerkhove and Dirk Deveux and the regional drivers such as Patrick Mylleville and Stefaan Prinzie. Cedriek Merlevede, who started with the former Prinzie Opel Ascona, made 3 scatches in a row on Saturday morning. The Merlevede-Vandenbussche duo had a lead of 19 seconds over Dirk Deveux and Eddy Smeets.

The Limburg duo knew it was high time to attack and came back to 11 seconds. The last classification test, with a difference of 15 seconds between the two, was supposed to bring a definitive answer. Deveux did an exceptional time was ten seconds faster than Merlevede, but the latter still held 5.7 seconds. Arthur Kerkhove managed to stand out in the Belgian championship with third place. Apparently, it was the weekend of good friends because Poperingnaars Alain Vermeulen (BMW) and Bart Ruyssen (VW Golf) rushed for fourth and fifth place. Patrick Mylleville and Geert Lacour, Rudi Dekimpe, Ron Dennis and Mathieu Lietaer, all with Ford Escort MK2, took the other 10 places.

Picture gallery the Porsches in the Ypres Historic Regularity 2019 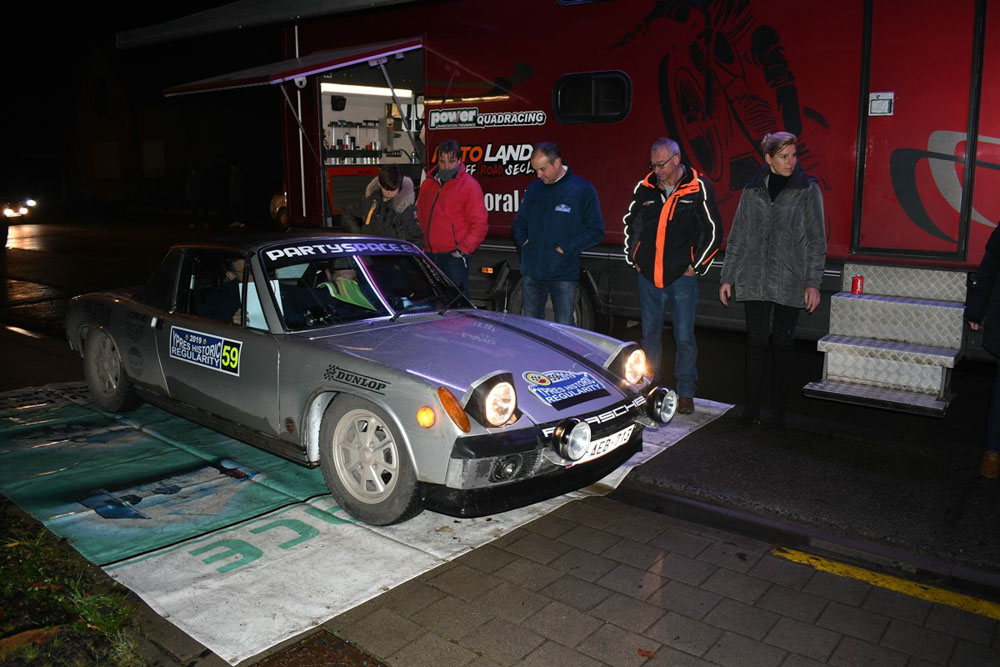 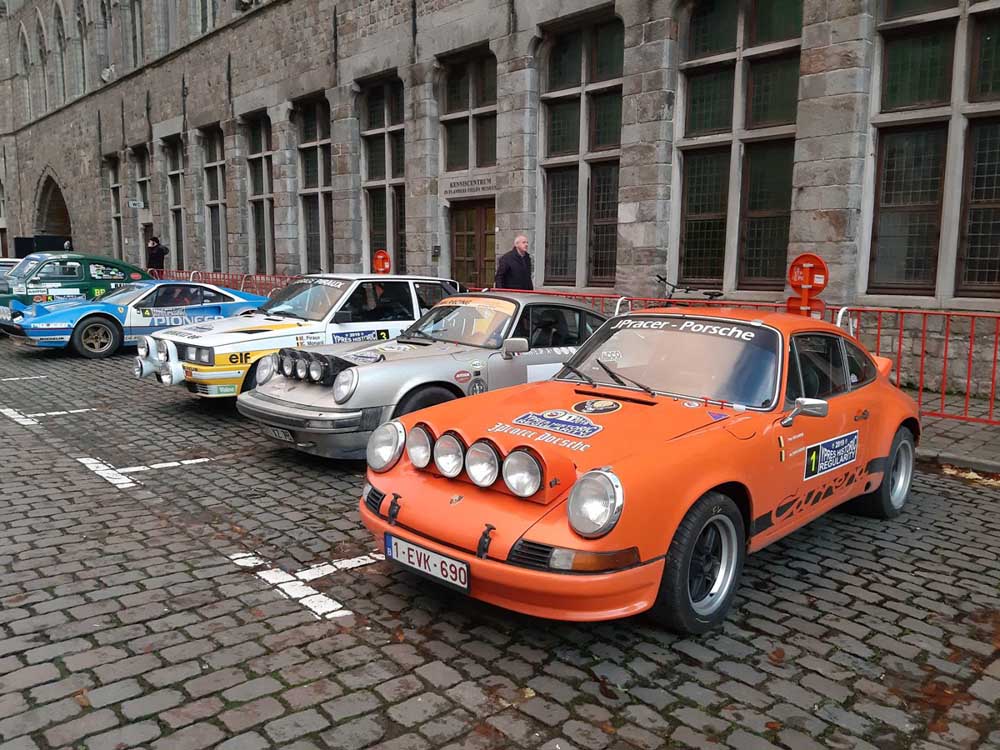 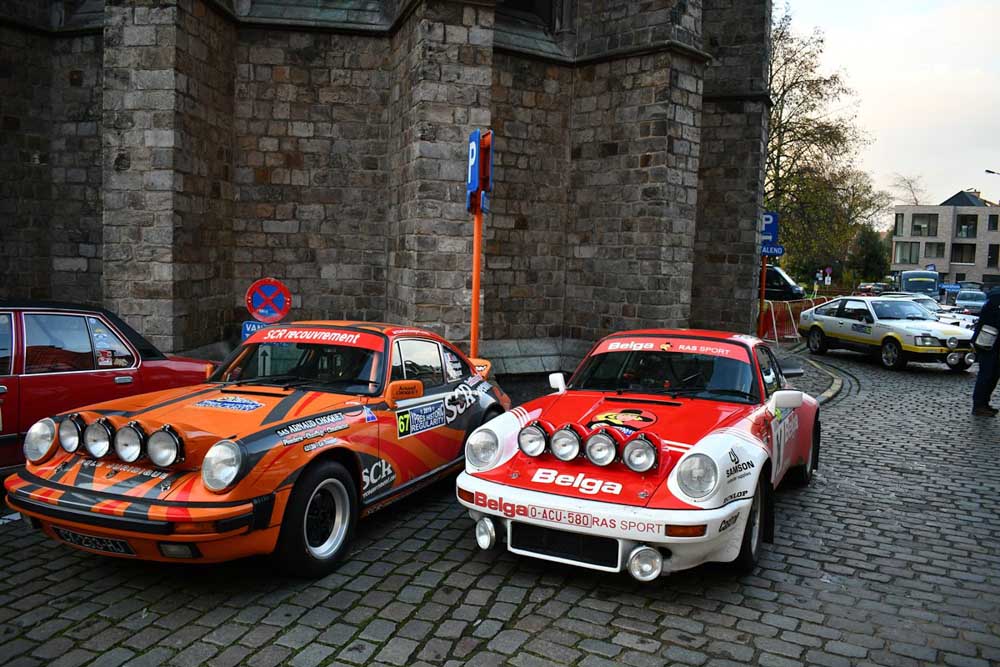 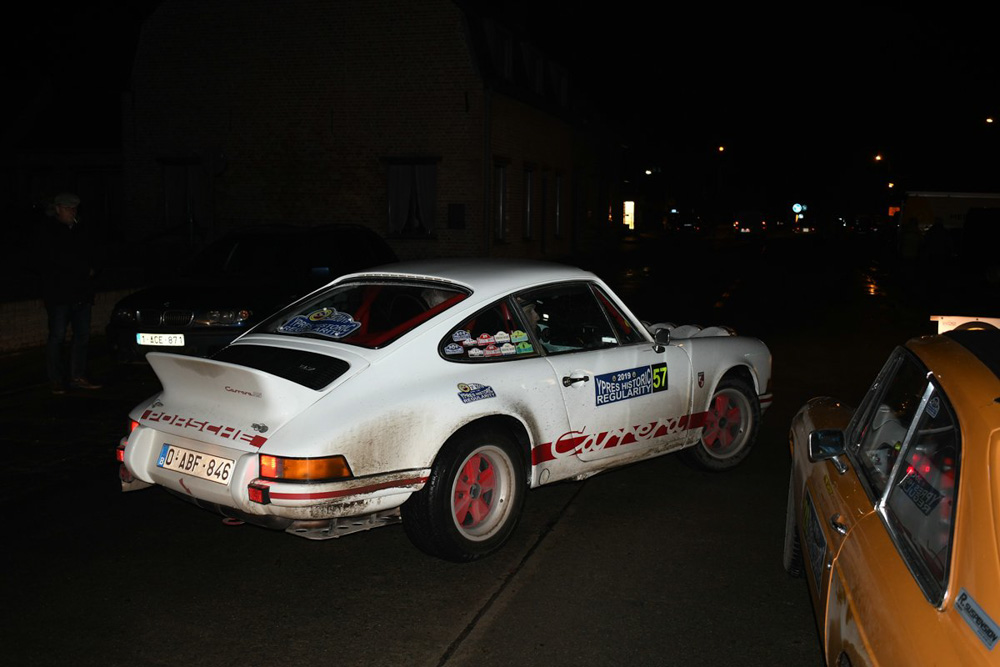 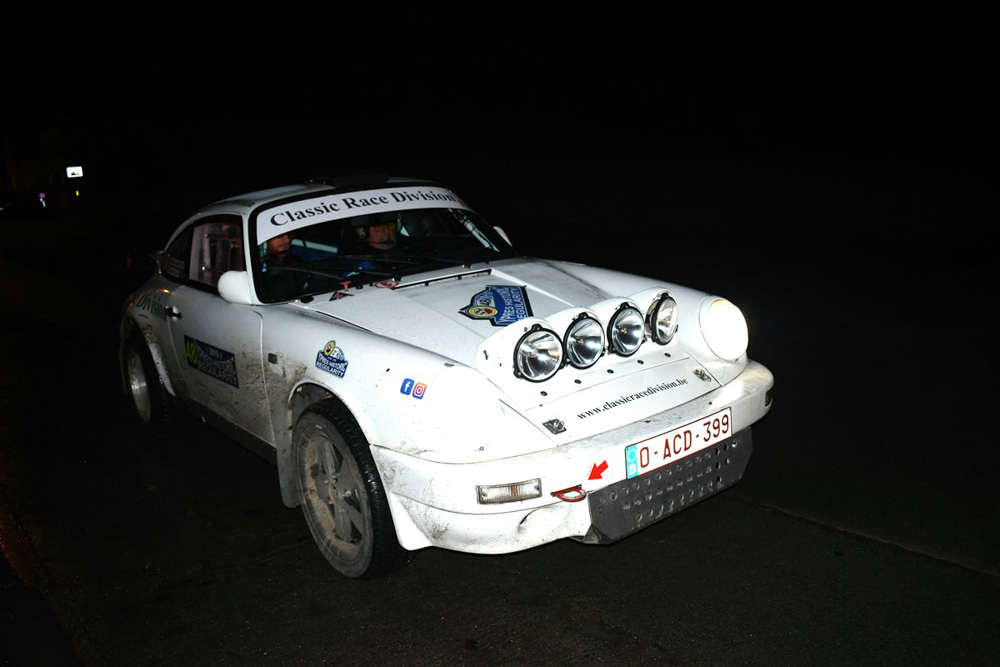 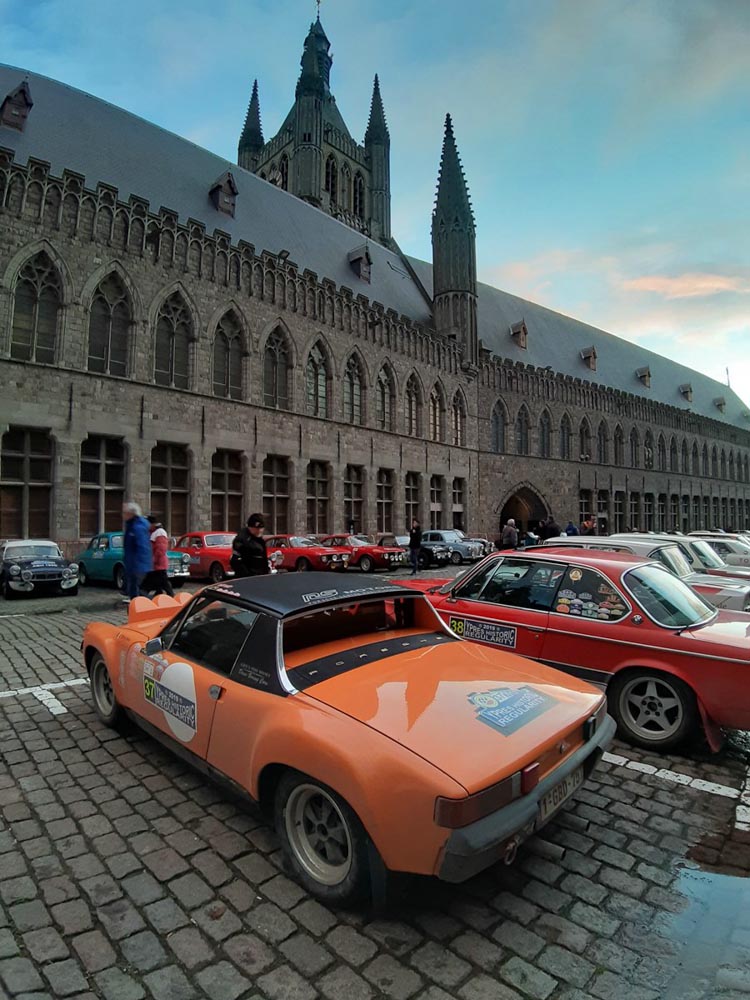 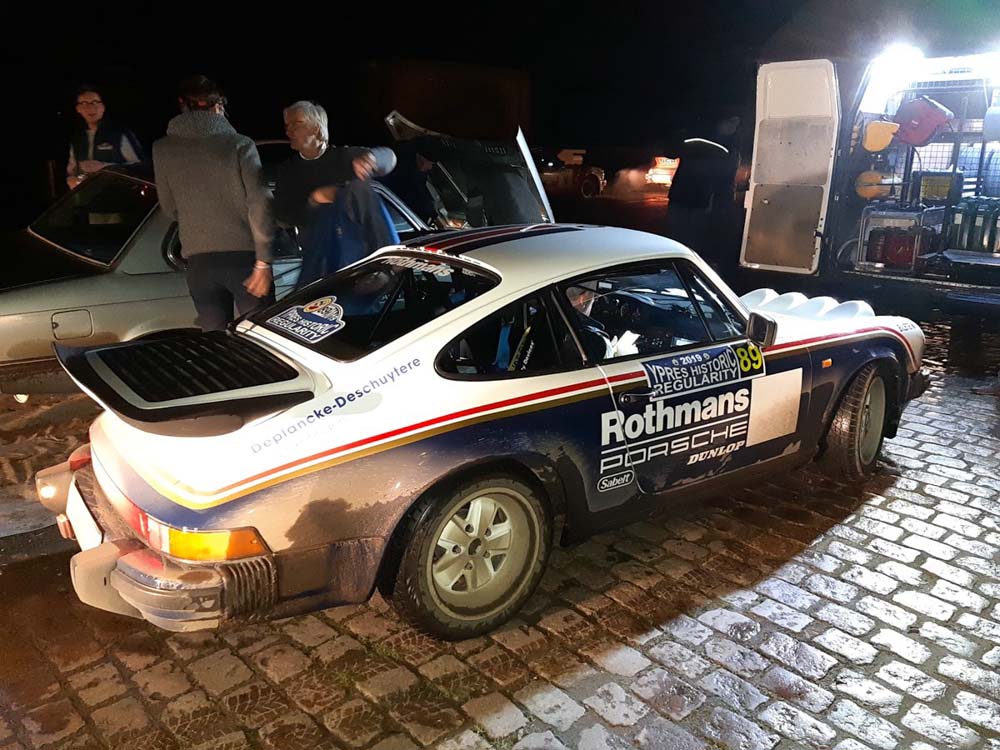 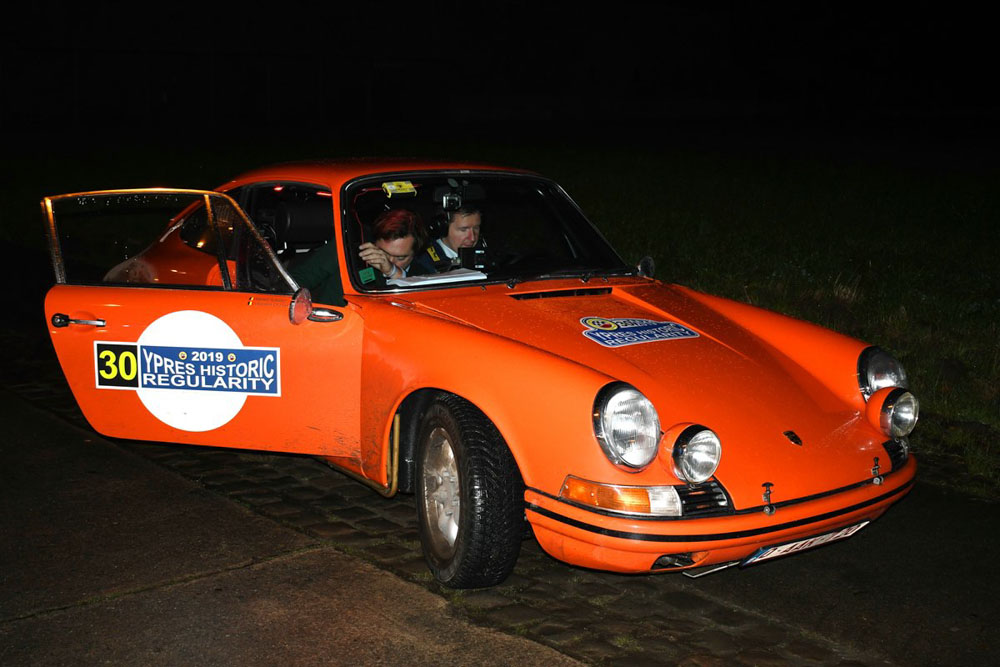 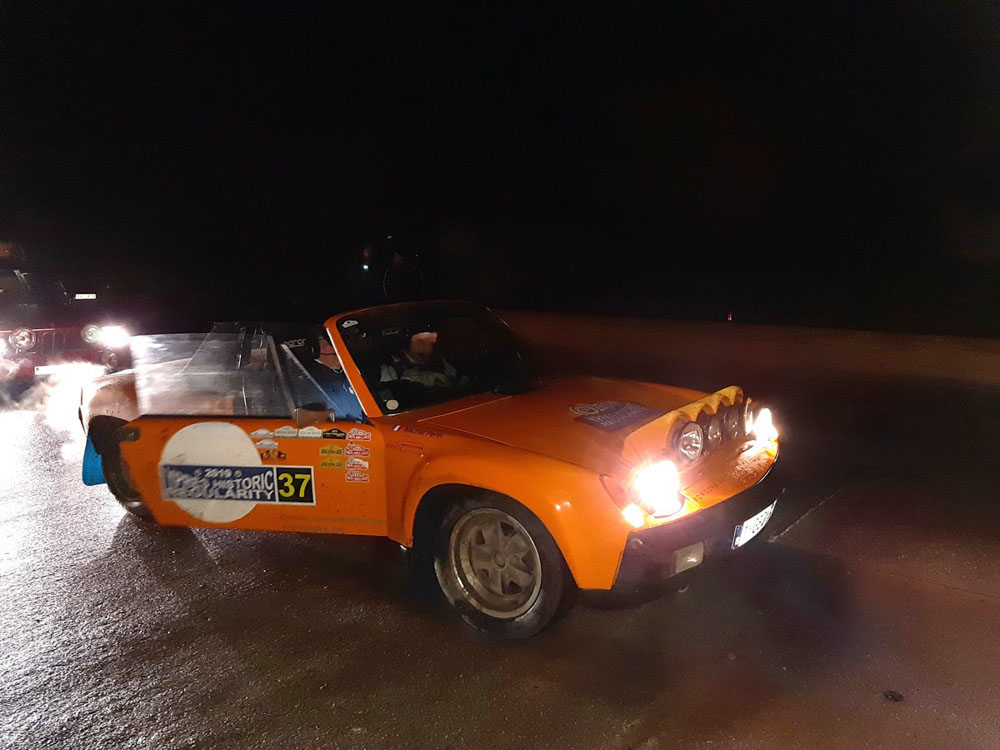 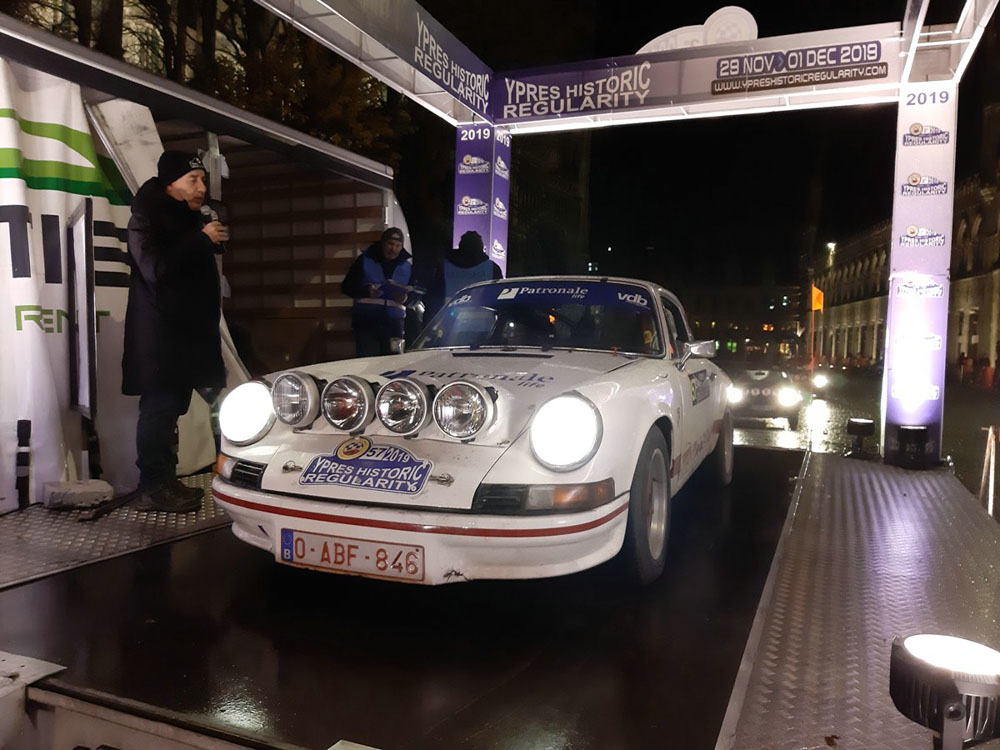 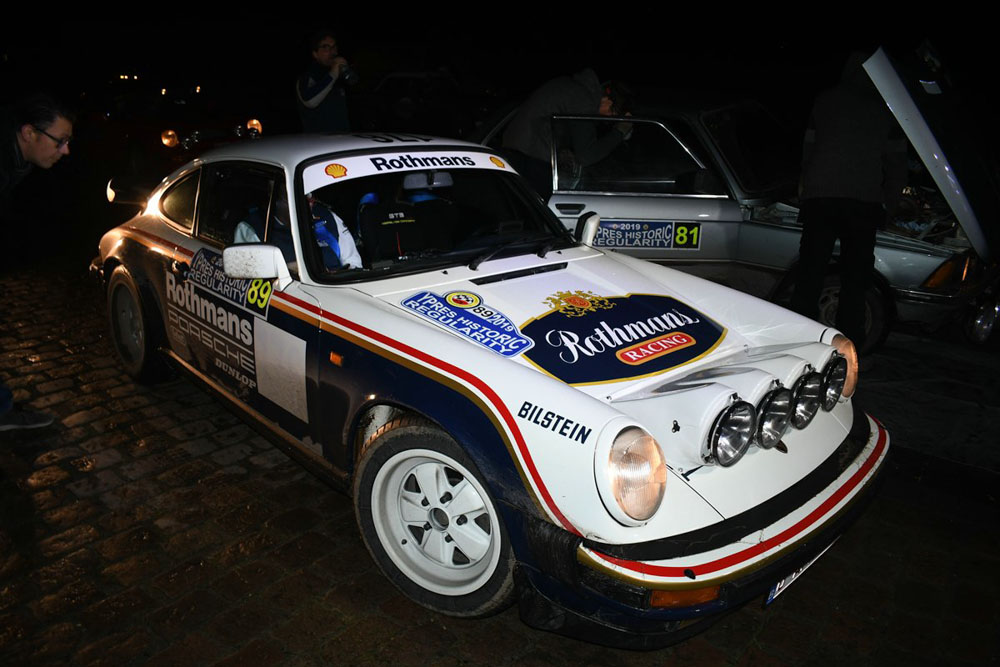 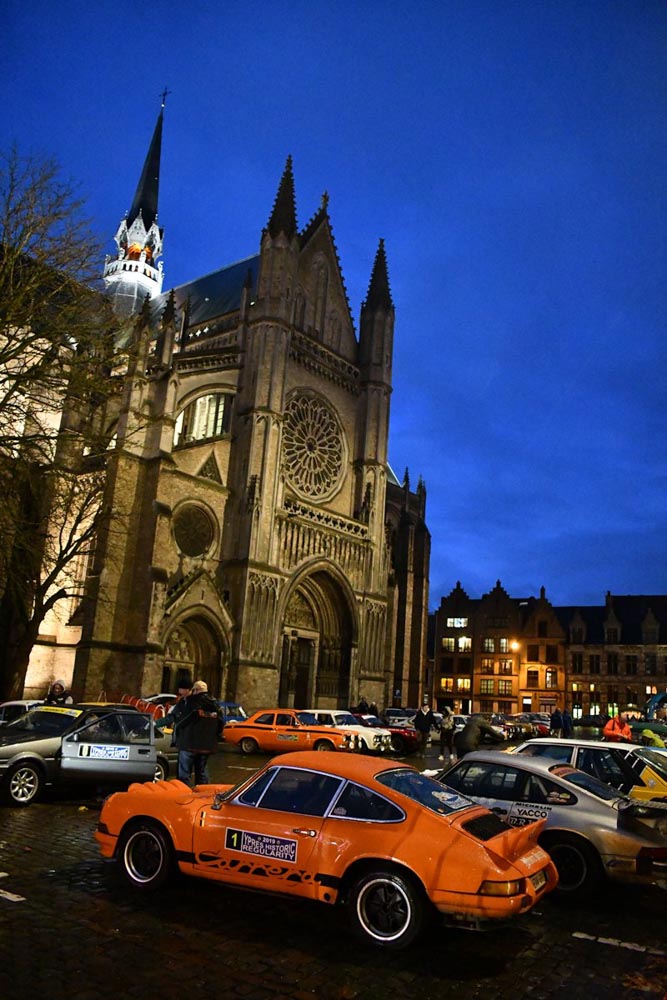 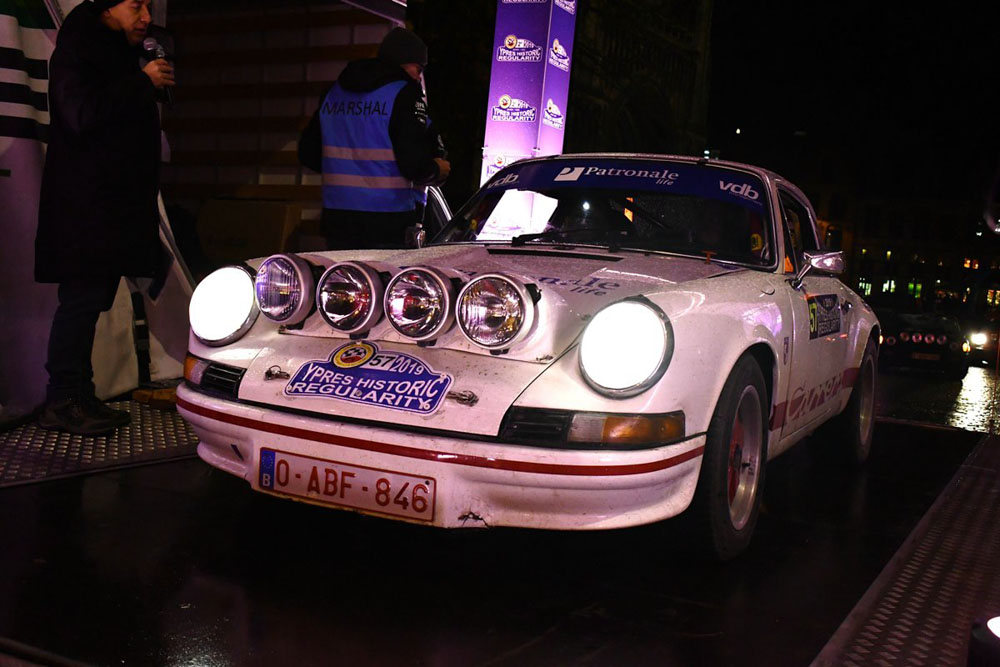 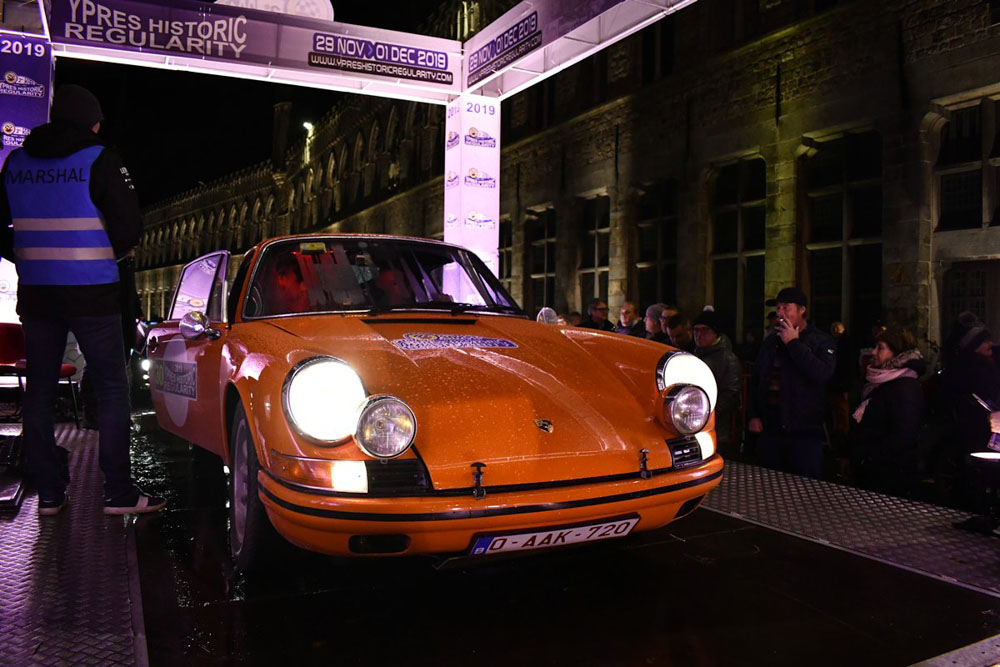 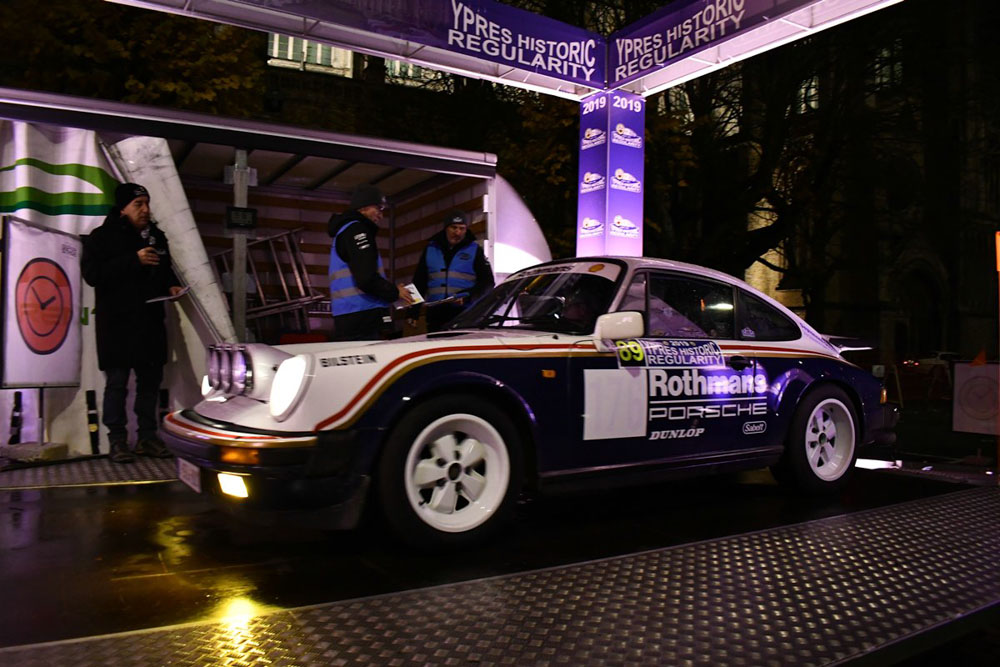 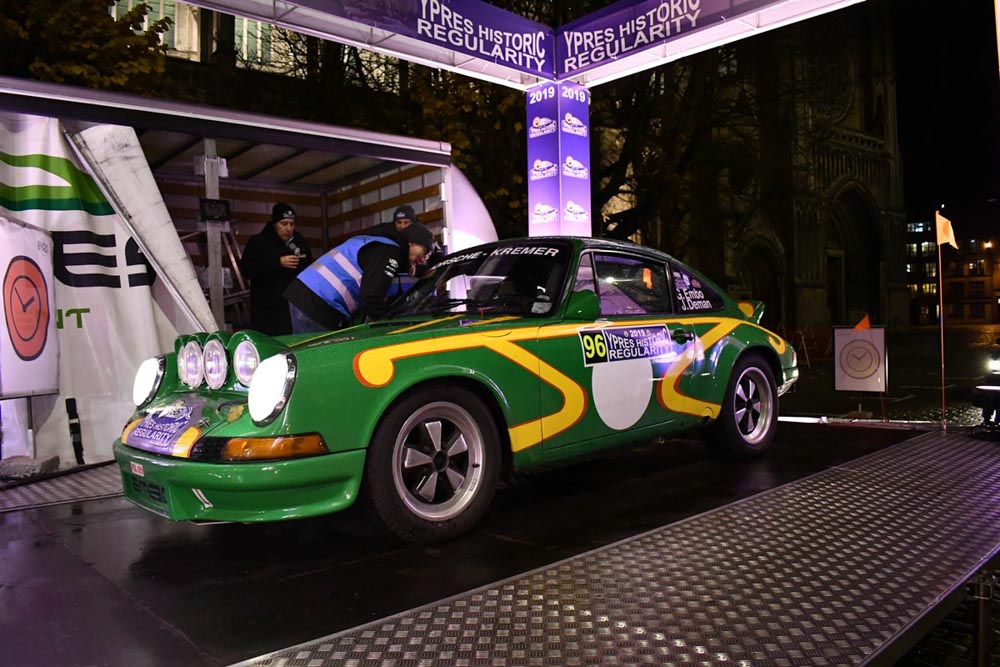 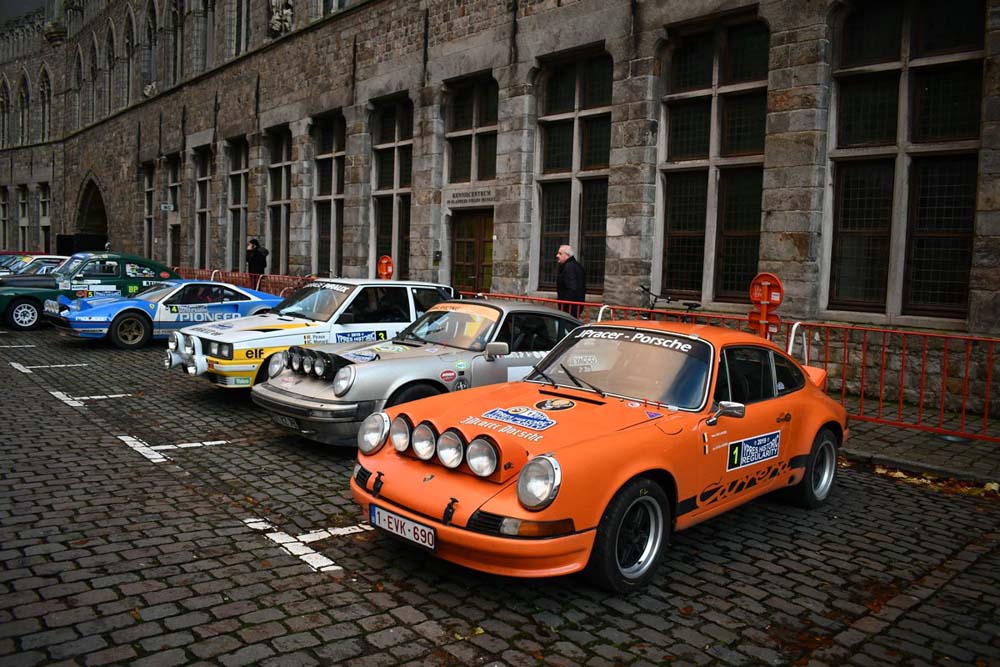 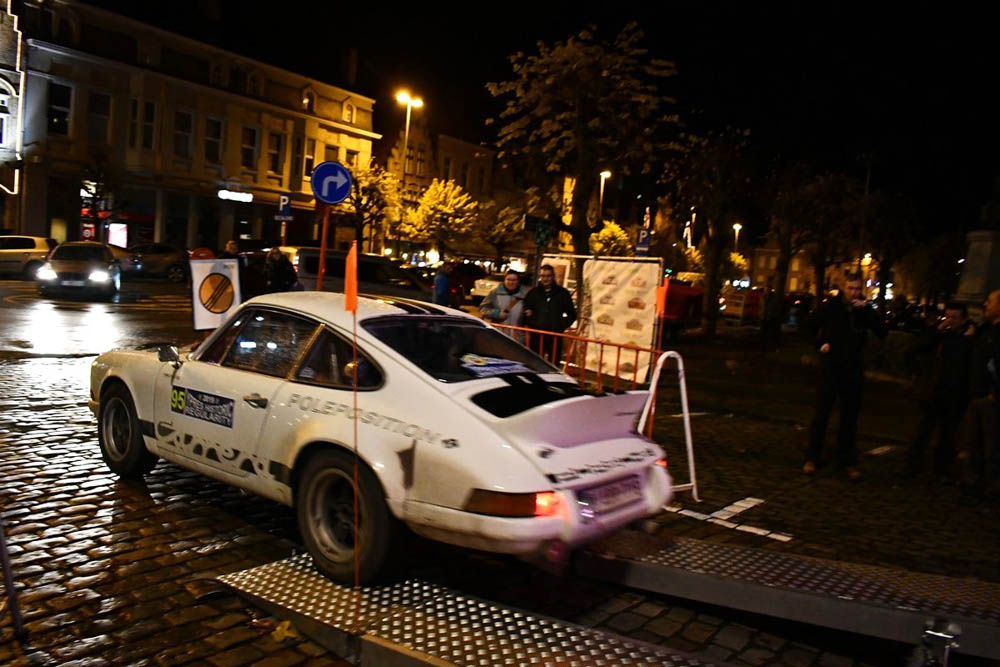 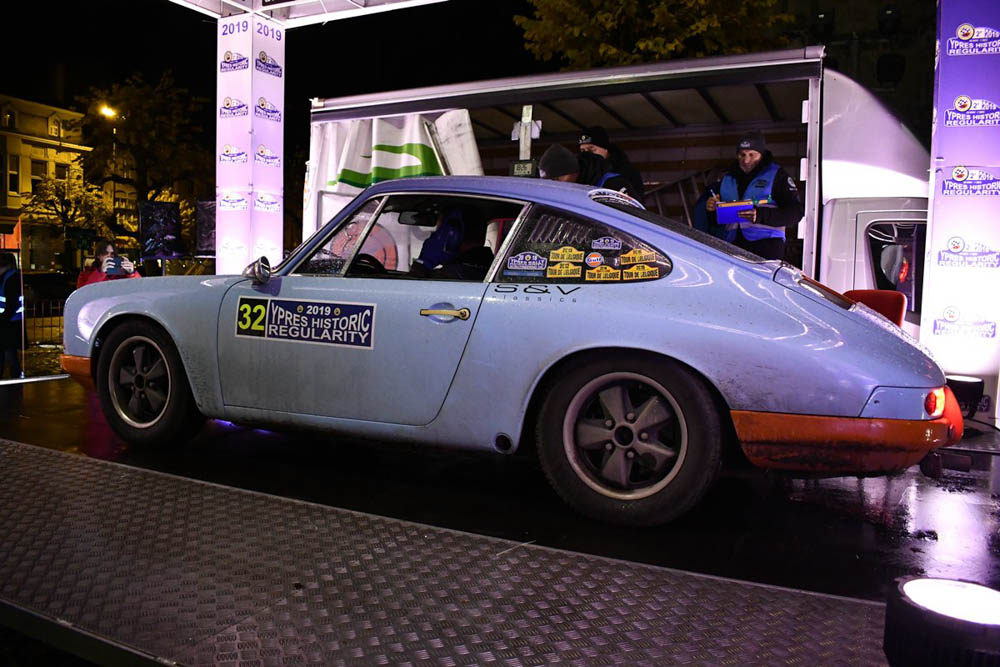 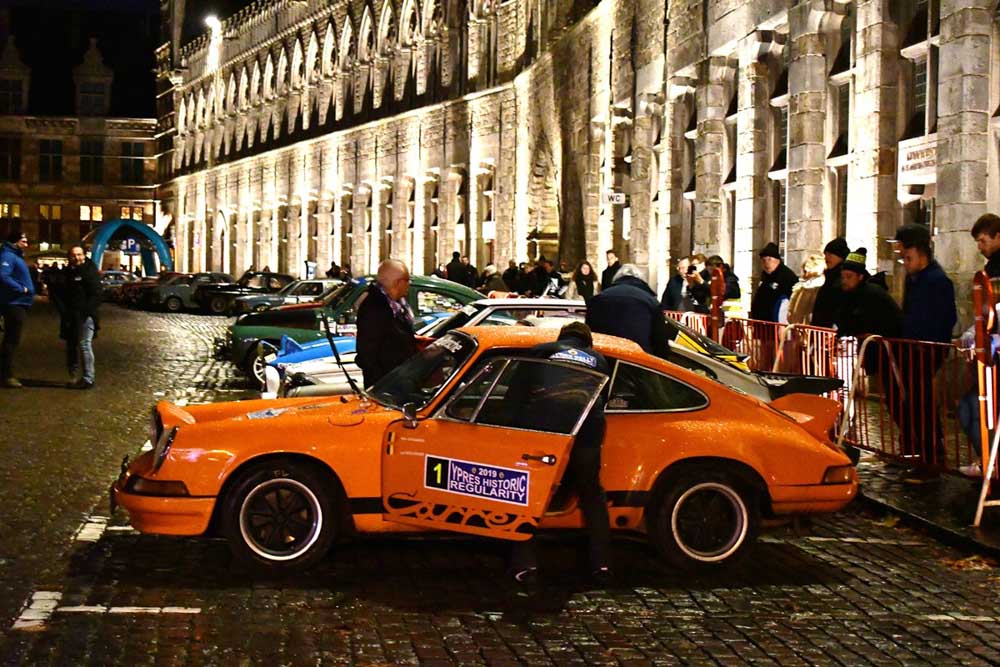 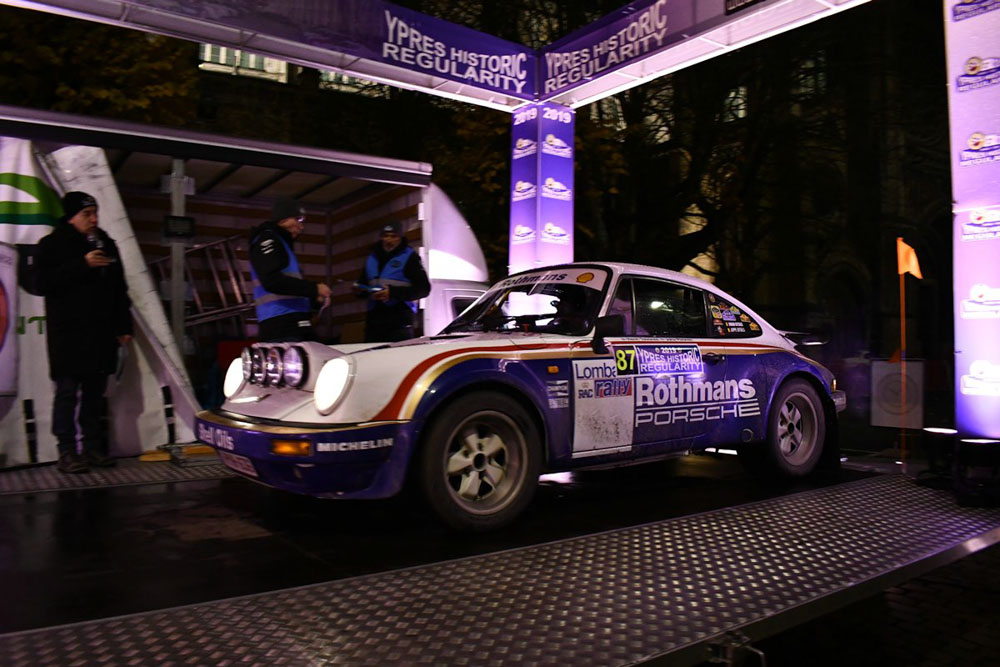 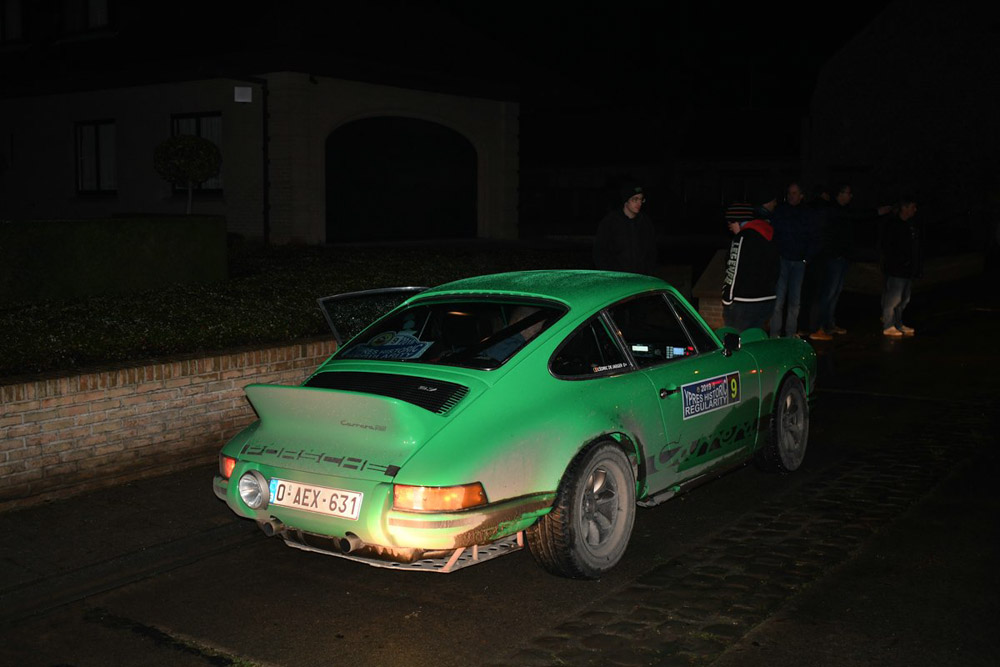 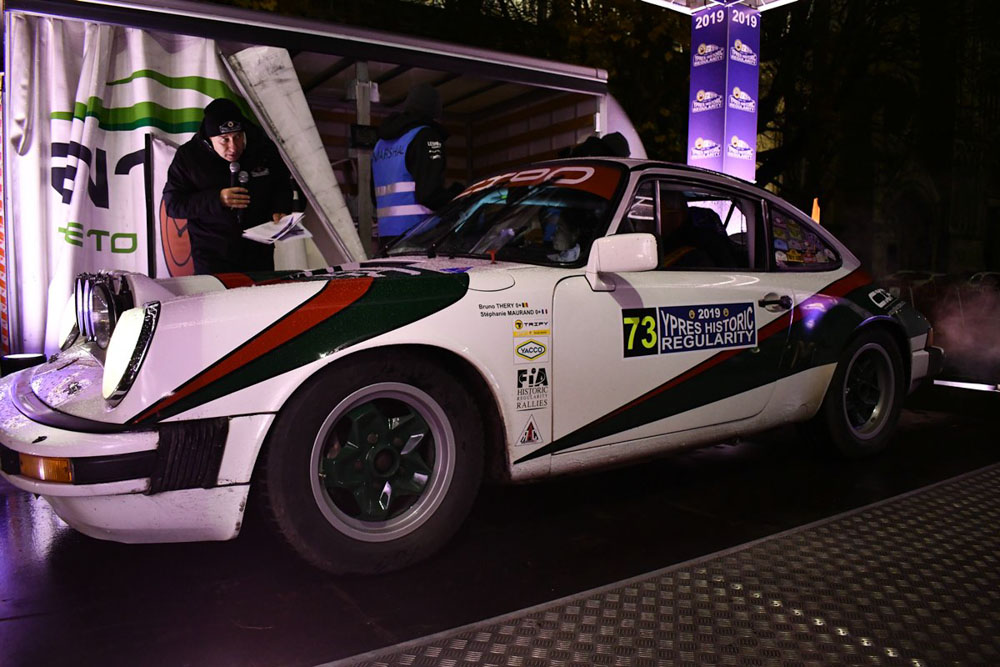 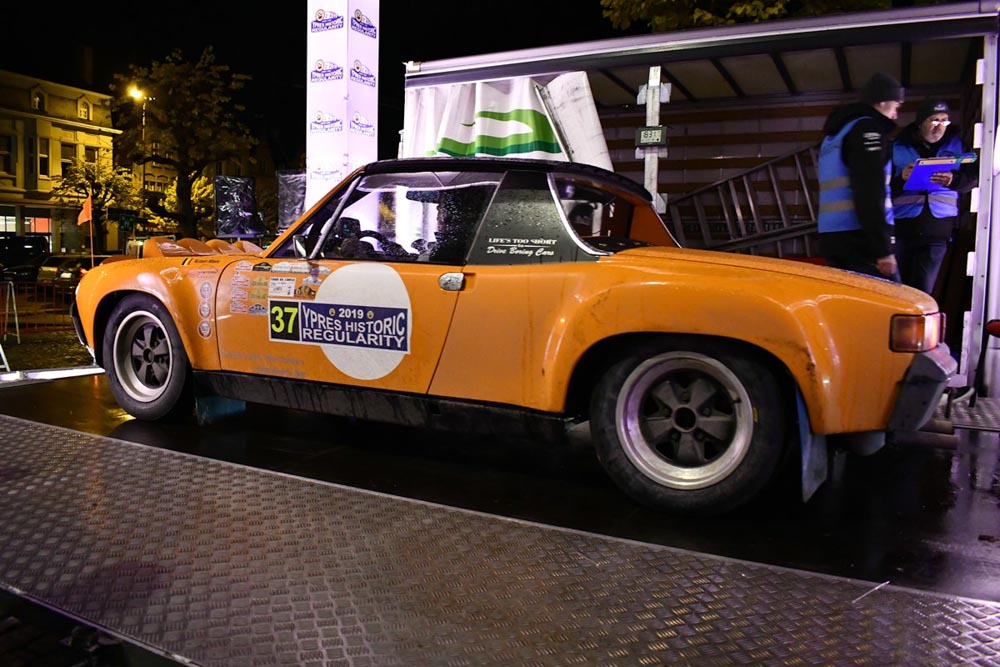 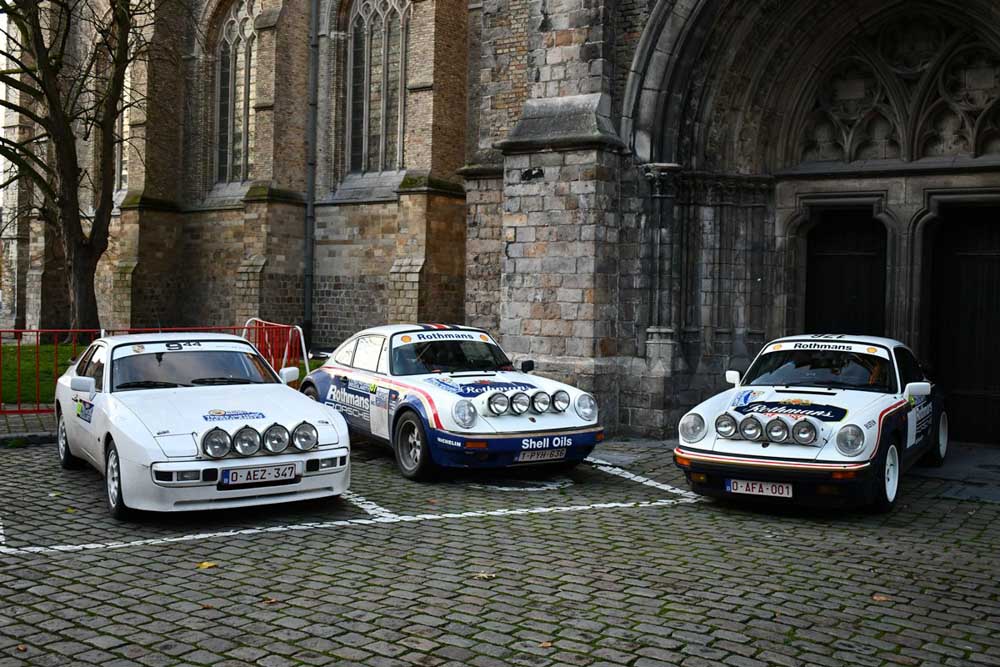