Knokke is known to many as the small coastal city where the rich and famous from Belgium and far beyond, have a 2nd home or appartment to enjoy the exquisite foods and drinks in the exquisite restaurans and bars it houses. And as we all know, one of the most favorite toys of the jetset are the sportscars. No matter when you visit Knokke, changes are huge you’ll see some of the rarest sportscars parked or drive by. And many of the owners of these supercars have a classic car too.

Last weekend was the weekend these cars were the actors of the show. From thursday on, classic cars all over the streets of Knokke. All participants of the Zoute Rally had to have their car scrutineered to make sure there were no technical issues with the car, and to prove they’re roadworthy. After the technical scrutineering, there was a small competition to determine the starting order of the rally.

Friday, starting at 08:00 in the morning, a car left every minute. Full concentration for both driver and co-pilot next to him, roadbook in the hand, stopwatches attached to the dashboard. Over 180 cars, with the youngest of the cars dating from 1965, at the start.

Exactly as the previous years, the roadbook was prepared by George van Oosten, the best one can find when it comes to preparing great routes. The route went to Ronse where participants had an awesome lunch to continue over great scenery roads to Damme and further on to Knokke-Heist, where the legendary flying mile was on the program just before heading back to the finish.Bonhams had the auction on friday again. The completely original  Rijkspolitie Porsche 911 was a car that took much attraction. The new owner of this 1974 Porsche had to dig 126.500 Euros out of his pocket. A 1968 Porsche 911S Targa changed hands for just under 200K euro. Prices are definitely still going strong for the early Porsches.

Saturday morning the rally took off at 08:00 again. Again they went inland, direction Bruges this time, where the lunch was served in the brewery Halve Maan, where the participants could enjoy one of the excellent beers at the brewery and some typical flemish food. After lunch, they left Bruges direction Knokke again, with a practical timed slalom with different road conditions. Some great spectacle and as it was on a closed road, absolutely no danger for drivers or public.

In the meantime the streets of Knokke got filled with thousands and thousands of people, enjoying both the lovely weather, and the podia next to the mainstreets where car manufacturers like Audi, Porsche, Bentley, Rolls Royce, Ferrari, McLaren, Maserati, Aston Martin showed the newest of the new. The concours d’elegance, traditionaly on Saturday at the ‘small golf court’ and on Sunday at the very exclusive Knokke Golf Main Court, had some exceptional cars again.

The Zoute Grand Prix is more than just an event. Even if you’re not that much into sportscars or classic cars, it definitely is worth visiting Knokke during the Zoute Grand Prix weekend because of the great atmosphere that hangs all over the city. And that’s just one of the hundreds of reasons, the weekend was awesome again. 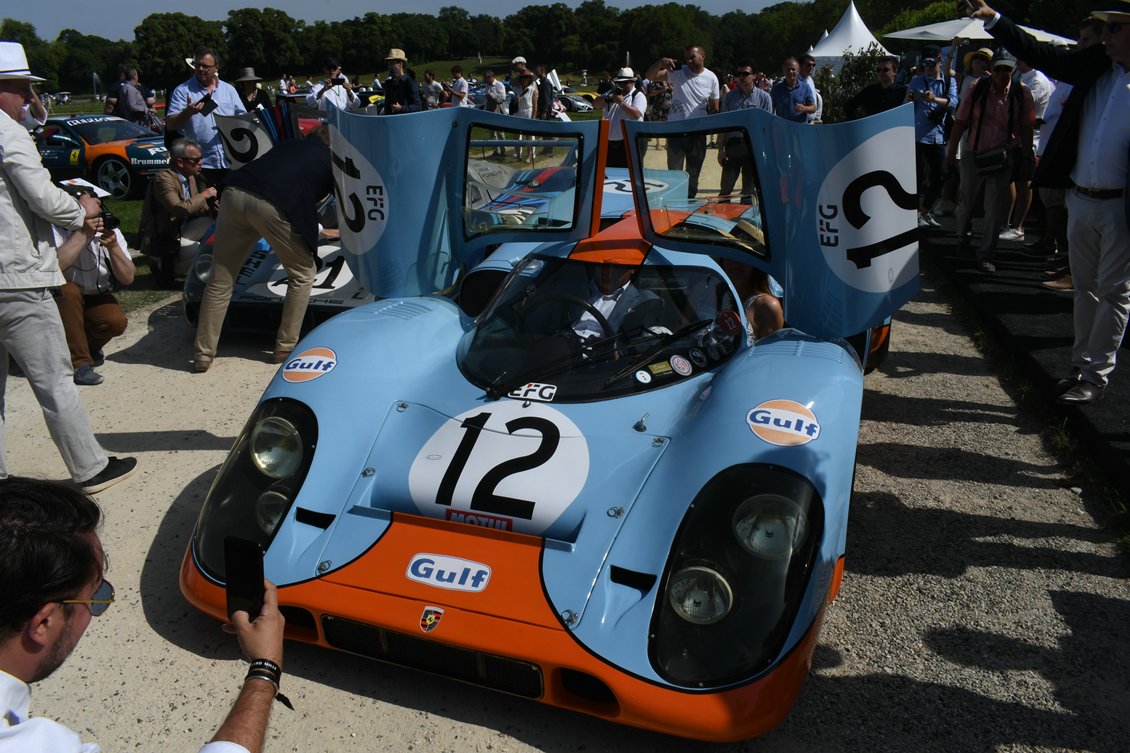