Reims. A city in the north-eastern part of France, with approximately 200.000 inhabitants. The city has a rich history that started somewhere in the Roman Empire, and still continues today. Even after a major fire that destroyed large parts of the city in the middle-ages, and some severe damage by the Germans in WWII, the city always managed to fight back and return to its former glory.

Nowadays the city is probably best known because some of the major champagne houses that have residence in town, like Veuve-Cliquot, Ruinart and Vrancken-Pommery to name just a few. Obviously that’s why there’s always that many tourists walking around in the town centre, of driving through the fabulous environment to visit the wineries.

However, the first weekend of March, you definitely had another reason to be in town. At least, when you have a heart for vintage cars. The 28th Salon Champenois du Vehicule de Collection, the Reims oldtimer-show. This year, the Salon had the British MG as major theme, and brought together a great collection of these fine cars. The Salon isn’t the biggest of its kind, nor is it the best, but it always is a great walk between the different tables, exploring the goodies they have on display And most of the times, when you have a good eye for what you are looking for, you might find some interesting stuff. Quite often even for a price that’s well below between what you’d actually pay for it at some other shows. Don’t expect to see cars that can be considered treasures, you won’t but you’ll be surprised of the gems that might be there, especially what considers literature and memorabilia.

After his visit to the oldtimer show, Wilfried took the opportunity to visit the old race track of Reims, at least, that what still can be seen of it. Unfortunately, the french haven’t paid much respect to the racetrack after the last car races in 1969.

Some 3 more years there were some motorcycle races, but after that, there was nothing but silence on the streets that once brought victory to guys like Tazio Nuvolari, Rene Dreyfuss, Louis Chiron, Juan Miguel Fangio, Mike Hawthorne, …Even Porsche managed to obtain a success, in the 1958 F2 race Coupe de Vitesse, with the french Jean Behra at the wheel in de Porsche 718 F2.

Even though you can’t really feel the spirits of the circuit anymore, it still is a great place to visit, an you’ll definitely notice when you are approaching the track. I assure you you won’t be the only guy with the same idea. Whenever you are in the neighbourhood, don’t hesitate and pay tribute with a visit to the racers of back then. 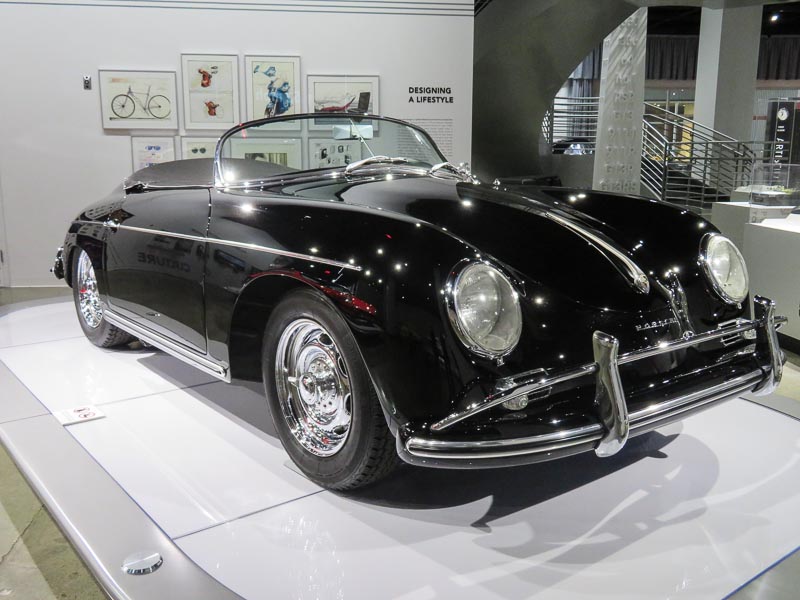