The King of  Porsche 356 Outlaw Builders.

The LA Lit and Toy show is the hookup for several events and open houses. And we try to visit as much as possible during our stay in Los Angeles. Rod Emory hosts an open house on Saturday late afternoon, after the actual LA Lit and Toy Show. However, we couldn’t resist to accept the invitation we had to visit Rod Emory’s shop earlier in the week.

The history of the Emory’s

The Emory’s have a history of 3 generations of Outlaw building. Rod Emory’s grandfather  Neil, who was the founder of the Valley Custom Shop in Burbank, California. One of the creations of Neil Emory was the SoCal Streamliner, a car which set land speed records on the dry lakes. Neil Emory passed his skills to Gary Emory, who started working at Chuck Iverson Porsche.  Later Gary started buying dead inventory parts from official Porsche dealership, to sell them to Porsche enthusiasts. Gary claims that most of the best early Porsche’s in the USA have parts that passed over his shop Parts Obsolete

Gary’s son, Rod, used to hang around the Chuck Iverson Porsche dealership and Parts Obsolete all the time. He absorbed the knowledge that his father was glad to share. At the age of 14, Rod Emory started working on his personal 1953 Porsche 356, a car he could both drive on the road, and use in vintage races. At a sudden moment, well-known Porsche collector Cameron Healy came to Rod Emory and asked him to build a car for him. That’s how Emory Motorsport was born.

Emory not only built race-cars. He started building custom Porsche 356 too. Emory Motorsports continued till about 2008. From that moment on, Rod Emory fully concentrated on his Emory Outlaws and Specials for customers. And that story still continues, with the ultimate Emory RS (see featured Image) as the ultimate Porsche 356 Outlaw.

However, there is more. Every once and a while, Rod Emory restores a car back to original specs. And one of his best known restorations is the Porsche 356 Gmund SL. Not only is a Gmund Sl a very rare car with only 11 ever produced. This actual car was used in the 1951 Le Mans 24H. The werks 1,100 cc 356 SL won its class and beat the rest of the 1,500 cc cars, too. and gained class victory.

We would like to thank Rod Emory and his complete team for the hospitaliy.
Visit Rod Emory’s website in case you need more information. 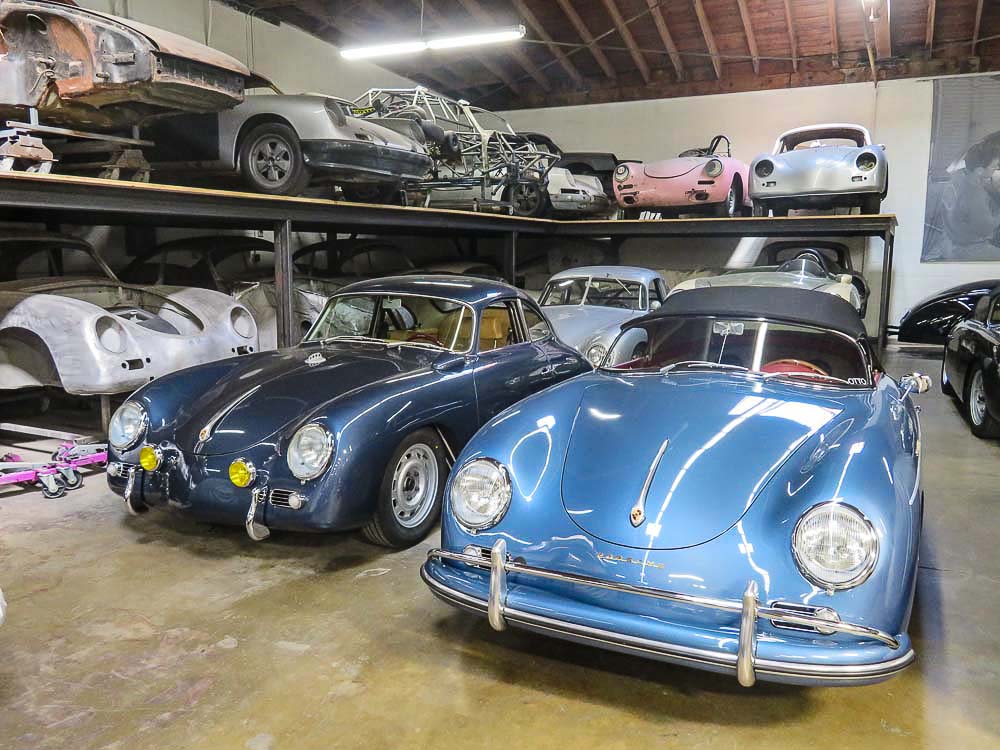