The winning streak of Porsche in the American Le Mans Series continued in Lime Rock. At the sixth round of the series featuring the world’s fastest sportscars, Sascha Maassen (Germany) and Ryan Briscoe (Australia) secured the fourth overall victory in succession for Porsche. At the wheel of their Penske Motorsports #6 RS Spyder the duo clearly won ahead of their team colleagues Timo Bernhard (Germany) and Romain Dumas (France), who made the double victory perfect with their #7 Weissach developed and built sports prototype. With this, Bernhard and Dumas defended their LMP2 championship lead. Rounding off the triumph for Porsche in Lime Rock, Joerg Bergmeister (Germany) and Johannes van Overbeek (USA) claimed victory in the GT2 class for modified production sportscars.

“This was a fantastic race for the fans that made one thing very clear: Without the top competition in the LMP2 and GT2 classes the American Le Mans Series show would be only half as good,” said Porsche head of motorsport Hartmut Kristen after the race in the US state of Connecticut, in which the Porsche RS Spyder dictated the pace right from the start. “Today our better pit strategy was very clearly the reason for our one-two victory.”

Taking up the race from pole position Romain Dumas settled in at the front of the field. At the first pit stop he handed the RS Spyder to Timo Bernhard who initially defended the number one position. Ryan Briscoe took over the wheel of the second RS Spyder from Sascha Maassen who started from fifth on the grid and with a strong performance fought his way up to rank second.

The decision came after the second pit stop during the final phase of the race. With new tyres Ryan Briscoe snatched the lead from Timo Bernhard who was on used tyres and won with a 7.481 second advantage. Ryan Briscoe and Sascha Maassen had recently celebrated overall victory at the previous round in Salt Lake City.

“The race ran exactly as planned,” remarked title defender Sascha Maassen. “At the beginning I didn’t want to take any risks but at the end we used our chance. I knew without doubt I had the best car, the best team and the best team mate. Nothing could really go wrong.” Ryan Briscoe added: “That was a fantastic team job. The pit stops ran perfectly. And Roger Penske, who decided on our race strategy, made exactly the right decisions. With the new tyres at the end my car ran like magic.”

At the finish Timo Bernhard was not quite as happy: “Romain and I set the pace from pole position, put in a perfect race but still didn’t win,” he said. “Luck was not on our side today. Nevertheless we are pleased to be leading the championship.”

The first win of the season for Porsche in the GT2 class went to title defender Joerg Bergmeister (Germany) and Johannes van Overbeek (USA) in the 911 GT3 RSR fielded by Flying Lizard Motorsports. They took victory despite an early pit stop caused by a flat tyre. With second place, Ralf Kelleners (Germany) and Tom Milner (USA) at the wheel of their Rahal Letterman Racing 911 GT3 RSR, ensured that Porsche could celebrate a double victory in this class. 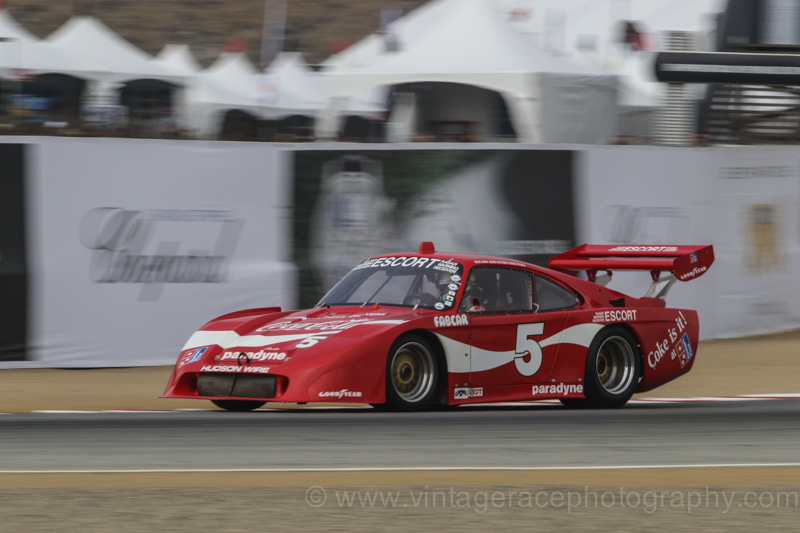