A stir occurred in the international automotive world in the 1980s. The technical innovations and spectacular designs of bb Auto caused the stir. bb Auto, founded in 1973 by Rainer Buchmann and his brother Dieter, initially focussed on Porsche sportscars.  In 1976, they presented the Porsche 911 Turbo Targa at the Polaroid stand on the Fotokina show in Cologne. The Porsche was characterized by its prismatic colored varnish.
A few years later, at the IAA Frankfurt, they presented the b+b CW 311, a model inspired by the legendary Mercedes 300 SL Gullwing. And very interesting to know is that the design concept derived from the creative mind of Porsche designer Eberhard Schulz.
During the 1980s, b+b was one of the most successful modifiers of production cars. They transformed off-the-line automobiles into individualized luxury vehicles for those who could afford it – customers from the Arab world, celebrities from the Jet-Set, and many more…
But Buchmann also made a name for himself in the German automotive industry with technical innovations. In addition to car body conversions, he was a pioneer in car electronics as early as the 1970s. Many of these innovations from the 70s now belong to the standard equipment. Can you imagine a car without a remote-controlled central locking system, a distance warning system to help park your car to name a few.
Among car enthusiasts, bb Auto and Rainer Buchmann may sound a bell. But truth is that he is an underestimated creative mind, about whom little is known. And this book “bb Rainer Buchmann: Innovation – Design – Emotion” might change that.
The author Gerold Lingnau dug deep in the history of bb Auto. With the intense help of Rainer Buchmann in person, a comprehensive yet very detailed story of the history of bb Auto and its creations are told. The book “bb Rainer Buchmann: Innovation – Design – Emotion” covers all major milestones. Not only is it a pleasant and easy read, but the dozens of pictures and illustrations also accompany the text.

Even though we mainly cover Porsche books in our reviews, we believe “bb Rainer Buchmann: Innovation – Design – Emotion” deserves a spot on our book list. Not only because of the focus Rainer Buchmann had for Porsche. But no car enthusiast can deny the importance of the innovative creations that originated from the creative mind of Rainer Buchmann. 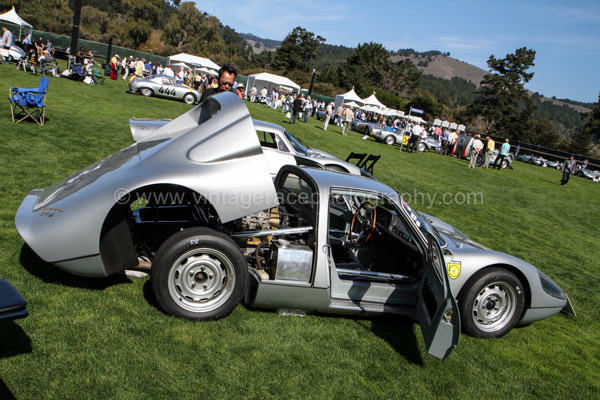