David Piper was born in Edgeware, UK. He is a British former Formula One and sports car racing driver from England. He participated in 3 Formula One World Championship Grands Prix. He made his debut in the F1 July 18 1959 in the British GP driving a Lotus-Climax for the Dorchester Service Station Team. Unfortunately for David Piper he couldn’t make it to the finish in that race.

David Piper began racing early to  the mid-1950s by competing in sprints and hill-climbs. That was before he started racing at different circuits across the UK in a Lotus Eleven. Later Dadid piper moved up to a Lotus 16 which he used in 1959 and 1960 to compete in both Formula One and Formula Two. That was possible as he changed engines depending on the race he was in. His best result with the car was a second place in the 1960 Lady Wigram Trophy. That same race was won by Jack Brabham in a Cooper.

In 1961, Piper teamed up with Jo Siffert for the European Formula Junior championship. Next to that he drove the Gilby F1 car in the Gold Cup. Piper also competed in non-championship races in 1962, but had become disenchanted with single-seater racing. That was the point where he moved into sports car racing. His first choice for that goal was a  a Ferrari GTO.

Between 1962 and 1970,  David Piper travelled the world to race at different race tracks in his personal Ferraris. Later he lost most faith in Ferraris for race purposes and he switched to Porsche. That was the period when the legendary Porsche 917 was almighty. Easy choice for David Piper and he bought himself a car that he raced extensively. In 1970 David Piper was racing a Porsche 917 during the shooting of the Le Mans movie with Steve McQueen. He lost part of a leg in that accident. However, that was not the end of his racing career, as he continued racing his personal Porsche 917 in many historic races.

In 2009, journalist Mark Hales was writing a comparison between David Pipers Porsche 917 and the contemporary Ferrari 512S from Pink Floyd drummer Nick Mason. It is still unclear what the exact reason was, but Mark Hales overrevved the Porsche 917 engine and blew it. David Piper sued him for $174.000 to repair the damage. The judge ultimately ruled in favour of David Piper. The unfortunate Mark Hales had to pay the engine and all trial costs. 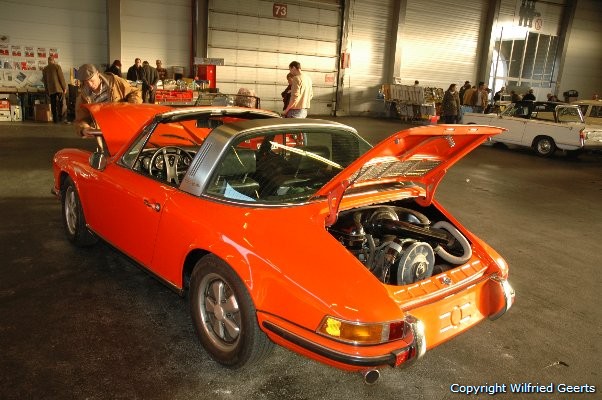