This time of the year, most car enthusiasts have prepared their car for winter and stalled in a dry garage. Only with exceptional good weather, one takes the car out for a drive or trackday. Houses are being decorated for Xmas and the New Year festivities. But a true petrolhead’s mind cannot be that much distracted that he will forget about his car. His mind is on next season. So the Essen Motorshow in the Grugahalle in Essen, Germany is an exquisite way to start.

Until December 6, over 500 exhibitors are presenting sporty series automobiles, tuning, motorsports, classic cars and motorcycles. The start of the fair was also characterised by the appearances of automobile manufacturers such as Ford-Werke, Peugeot and Skoda. Moreover, the stars on the scene Sidney Hoffmann, Jean Pierre Kraemer and Akira Nakai as well as several DTM drivers gave autograph sessions.

I guess it won’t surprise you when I tell there’s lots and lots of Porsches to be admired, some of them in company of some glamourous short-dressed and big boobed models. When you go for originality in a car, better stay with the quite large classic department of the Essen Motorshow. Don’t expect the number nor quality of cars you’ll see in Spring at the Technoclassia, but despite this show being focussed on car tuning and racing, the offer of classis cars is quite good. Some pretty good 1973 Porsche Carrera RS, a few Porsche 356 and quite some early Porsche 911’s. No surprise the price tag on these early cars is not for the faint of heart.

The first weekend, approximately 130.000 visitors visited the show, making it quite crowded somehow. Even though we had the impression there was less going on compared to last year, you can easily fill a day strawling through the various venue-halls, checking all the cars and stumble upon some surprises like the beautifull Gulf livery Porsche 917K replica.

Milou Collection will be auctioned 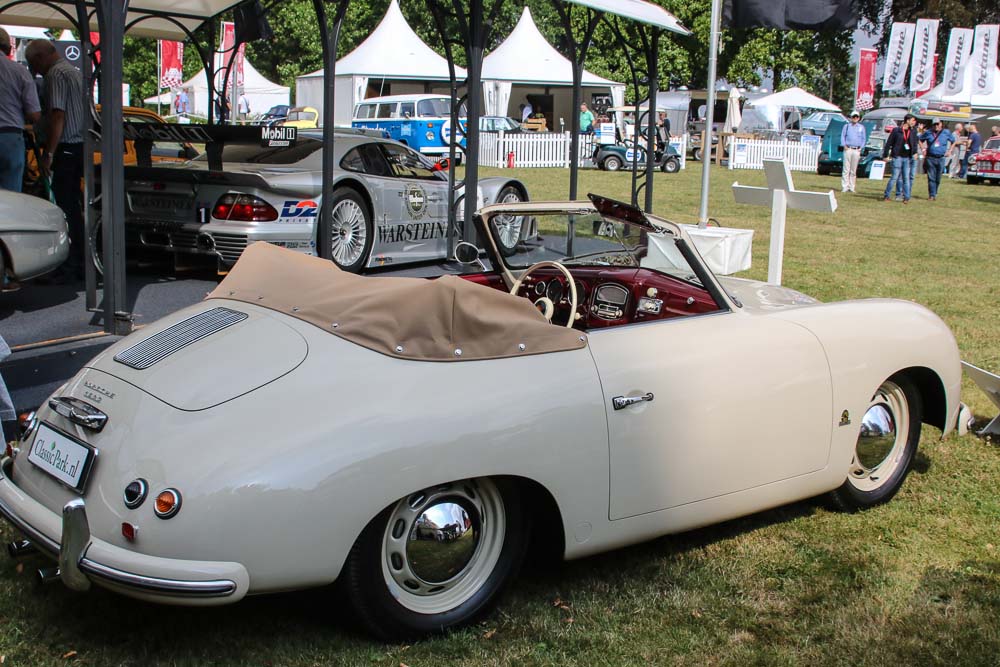