No winner in the Porsche Mobil 1 Supercup has claimed such a commanding victory in a very long time. At round four of the season on the Formula 1 racetrack of Silverstone, Larry ten Voorde (Netherlands) pulled clear of the field by a whopping twelve seconds. “I’ve never had such a well set-up car, it was so easy today,” said the 23-year-old from Enschede after his solo drive to the flag. “But I also benefited from the fact that I was able to stick to the racing line at the front, while my pursuers were kept busy with duels and lost time.”

Thanks to Ten Voorde’s teammate and compatriot Max van Splunteren, his Dutch team GP Elite also notched up a double victory. Over the entire 13-lap distance, the rookie managed to fend off a fair but unrelenting attack from Porsche Junior Jaxon Evans (New Zealand/BWT Lechner Racing). “I was always faster than Jaxon in the exits of the corners, which meant I managed to gain enough ground to defend my position in the next braking zone,” explained Van Splunteren. “Max was clever,” Evans admitted. “My main priority was not to risk too much after going home empty-handed from the previous race in Budapest and to earn as many points as possible.”

For his part, the New Zealander managed to successfully defend himself against attacks from Florian Latorre (France/CLRT) and Jaap van Lagen (Netherlands/FACH AUTO TECH), who ultimately saw the flag in position four and five.

Damage control was the main goal of championship leader Dylan Pereira (BWT Lechner Racing). After experiencing problems in finding the right suspension setup for the high-speed racetrack, the Luxembourger took up the race from the seventh grid spot. “It got better, but overtaking is virtually impossible on this circuit, so I’m pleased with sixth,” stated Pereira, who managed to maintain his lead in the overall Supercup standings ahead of Ten Voorde.

Rookie Marvin Klein (France/Martinet by Alméras) took the flag in seventh place ahead of his teammate and Porsche Junior Ayhancan Güven (Turkey). “I got caught up in the pack in lap one and that allowed Dylan Pereira to get past me. It was a tactical error that I couldn’t rectify later,” admitted Güven. “I actually wanted to catch up to Dylan in the points, but unfortunately that didn’t work out.”

Next race at Silverstone again

Next weekend (7 to 9 August 2020), iconic Silverstone once again hosts the Porsche Mobil 1 Supercup. Round five will be held as part of the Formula One “70th Anniversary Grand Prix”.

Jaxon Evans takes pole in the Porsche Mobil 1 Supercup in Austria. Matteo Llarena youngest competitor ever in the series. 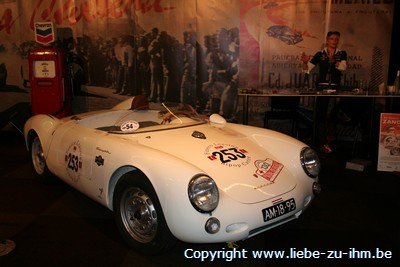