Title defender Joshua Rogers cast off his unlucky streak at the gripping fifth round of the Porsche TAG Heuer Esports Supercup to score his first win of the season on the digital Road Atlanta racetrack. So far this season, the Australian VRS Coanda Simsport driver had snatched five pole positions in a row, but victory had evaded him. Thanks to his success in the 30-minute main race, Rogers moves up the championship rankings from fourth to second place. Earlier, Alejandro Sánchez (Spain/MSI eSports) had won the 15-minute sprint race on the iRacing simulation platform.

In the sprint, Joshua Anderson (Australia/Logitech G Altus eSports) initially took the lead at the wheel of his virtual Porsche 911 GT3 Cup and fended off Sánchez and Martin Krönke (Germany/VRS Coanda Simsport). Behind the trio, a thrilling fight for positions unfolded. At the heart of it: series leader Sebastian Job (Great Britain/Red Bull Racing Esport) and his main rival for the title, Rogers. With four minutes to the flag, Job put in an inspired drive to sweep past Jeff Giassi (Brazil/Positive SimRacing) and then Krönke. Soon after, Rogers also grabbed his chance and manoeuvred himself into fourth place behind Job. In a final dash to the finish line, the leading Anderson had to relinquish his top spot to Sánchez. For Maximilian Benecke, who sat second in the championship until this point, it was all about limiting the losses: the German driver from the Redline team had qualified on 28th, but still managed to work his way through the field to finish the sprint race in 16th.

The main race over 30 minutes was dominated by a three-way battle between title aspirants Job, Sánchez and Rogers. Shortly after the start, the Spaniard defended his lead from Joshua Anderson. Job and Rogers also got past the Australian, who then fell down the field after colliding with Dayne Warren (Australia/Logitech G Altus eSports). Despite putting up a spirited fight, Sánchez first had to let Job overtake, and then Rogers.

From then on, Job defended his lead. At the midway mark, however, his dogged pursuer saw a gap and, after a breathtaking door-to-door duel through several corners, Rogers snatched the lead and took the chequered flag in first place, followed over the line by Job. The fight for third turned into a gripping final sprint to the finish between Sánchez and Warren. The Spaniard kept cool and scored his sixth straight podium result. Maximilian Benecke again put in an impressive charge through the field to take the flag in sixth place.

After the fifth race weekend, Sebastian Job continues to lead the overall classification with 290 points followed by Joshua Rogers (272 points) in second and Alejandro Sánchez (263 points) in third. On 15 August, Great Britain hosts another round of the Porsche TAG Heuer Esports Supercup, this time on the digital version of the Brands Hatch racetrack. This circuit features blind crests, demanding corner combinations and considerable elevation differences.

Comments after the races

Joshua Rogers (Virtual Racing School/Coanda Racing): “I’m quite happy with my qualifying; it was my fifth pole position in a row. I started the sprint race on the outside line, which wasn’t bad, but I touched another car and lost several positions. I quickly shrugged it off and worked my way forward, position by position. I took up the main race from fourth place and I knew I had to get past Josh Anderson, otherwise, Sebastian and Alejandro would get away on me. I’m thrilled about my first win of the season and I can’t wait for the next round at Brands Hatch.”

Sebastian Job (Red Bull Racing Esports): “That was a very eventful race and it was great fun. Thanks to Josh for the great duel. I really enjoyed it, even if I ended up second best. I lacked a bit of performance today, so maybe I started my preparations for Road Atlanta a little too late. But that makes me all the more pleased about the result because I’m still leading the championship.”

Jeff Giasi (Positive SimRacing): “This is the first time I’ve finished in the top five and I’m over the moon. I owe a great deal to the support programme of Porsche Brazil, which also gives sim racers the chance to experience real motor racing: In two weeks I’ll sit at the wheel of a real Porsche 911 GT3 Cup for the first time. That’s hugely motivating to train even more intensively in the future.” 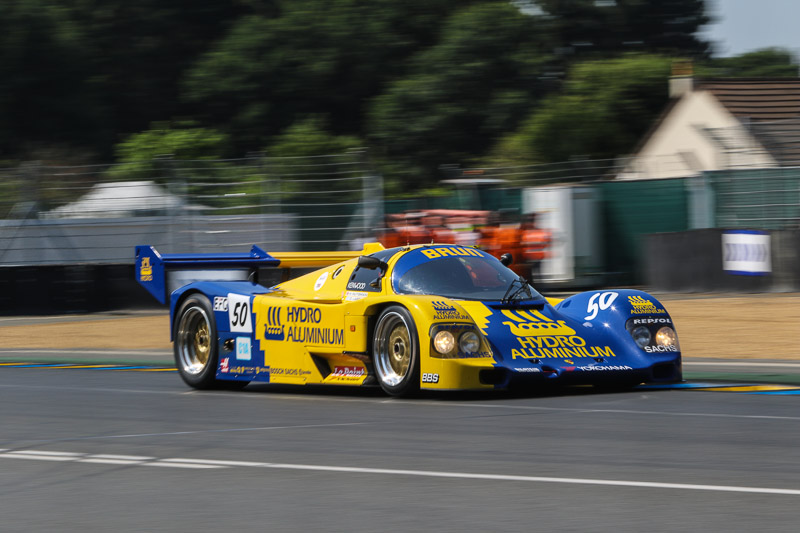